Infographic: The screening process for refugee entry into the U.S.
Download graphic

CIS.org: With the Syrian crisis entering its sixth year, the United Nations High Commissioner for Refugees (UNHCR) is thinking of “innovative approaches” to organize Syrian admissions, alongside the refugee resettlement program, to countries willing to welcome them. UNHCR’s target for resettlement is 480,000 places over the next three years; it is not sure how many additional admissions into the U.S. and elsewhere these new “alternative safe pathways” will ensure. Refugees who are not resettled could be “legally admitted” using various routes described below. 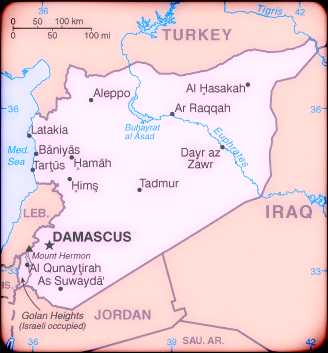 The legitimacy and transparency of these new “alternative pathways,” aimed at admitting increasing numbers of Syrian refugees into the United States without calling them “refugees,” remain to be seen. They might even amount to convenient admissions detours at a time when the U.S. refugee resettlement program is under tight scrutiny.

In a panel discussion on The Global Refugee Crisis: Moral Dimensions and Practical Solutions organized by the Brookings Institution earlier this year, Beth Ferris, Research Professor at Georgetown University and adviser to the United Nations Secretary General on humanitarian refugee policy, talked about the need to find different solutions to the ongoing humanitarian Syrian crisis. The refugee resettlement program was no longer sufficient to admit Syrian refugees she said; “alternative safe pathways” are needed:

Refugees and government officials are expecting this crisis to last 10 or 15 years. It’s time that we no longer work as business as usual … UNHCR next month [March 2016] is convening a meeting to look at what are being called “alternative safe pathways” for Syrian refugees. Maybe it’s hard for the U.S. to go from 2,000 to 200,000 refugees resettled in a year, but maybe there are ways we can ask our universities to offer scholarships to Syrian students. Maybe we can tweak some of our immigration policies to enable Syrian-Americans who have lived here to bring not only their kids and spouses but their uncles and their grandmothers. There may be ways that we could encourage Syrians to come to the U.S. without going through this laborious, time-consuming process of refugee resettlement.” (Emphasis added.)

The UNHCR conference Ferris was referring to took place in Geneva this March 30. It is one of a series of initiatives aimed at comprehensively addressing the Syrian crisis in 2016. The Geneva “High-level meeting on global responsibility sharing through pathways for admission of Syrian refugees” focused on the need for a substantial increase in resettlement numbers and for “innovative approaches” to admit Syrian refugees. It followed February’s London Conference on Syria, which stressed the financial aspect of this humanitarian crisis ($12 billion pledged in humanitarian aid) and precedes a September 2016 high-level plenary meeting of the United Nations General Assembly in New York. Worthy of note here, President Obama will host a global refugee summit this September 20 on the margins of this upcoming General Assembly meeting.

The focus of the Geneva meeting was to introduce “other forms of humanitarian admissions” since “[r]esettlement is not the only aim”, explained UNHCR’s spokesperson. UN High Commissioner for Refugees Filippo Grandi appealed to the international community in his opening statement, calling for “alternative avenues” for the admission of Syrian refugees:

These pathways can take many forms: not only resettlement, but also more flexible mechanisms for family reunification, including extended family members, labour mobility schemes, student visa and scholarships, as well as visa for medical reasons. Resettlement needs vastly outstrip the places that have been made available so far… But humanitarian and student visa, job permits and family reunification would represent safe avenues of admission for many other refugees as well.

At the end of the meeting, Grandi highlighted several commitments made by a number of participants in his closing remarks. Promises were made to:

The Geneva meeting was attended by representatives of 92 countries, including the United States. Heather Higginbottom, Deputy Secretary of State for Management and Resources, reiterated in her remarks the U.S. commitment to refugees: “President Obama has made assisting displaced people a top priority for the U.S. government.” Last year alone the U.S. contributed more than $6 billion to humanitarian causes. So far this year, the United States has provided nearly $2.3 billion in humanitarian assistance worldwide. She also announced additional measures: “We are further increasing our support of Syrian refugees, and we will make additional contributions to the global displacement effort through September, and beyond”, while reminding the participants of President Obama’s role in hosting a high-level refugee summit this September.

The U.S. State Department released a Media Note following the Geneva meeting. It confirmed the goal of resettling at least 10,000 Syrians in FY 2016 and of 100,000 refugees from around the world by the end of FY 2017 – an increase of more that 40 percent since FY 2015. It also announced the following:

On this last note, why create a family reunification program for Syrian refugees when refugees in the U.S. are already entitled to ask for their spouse and unmarried children under 21 to join them? Unless of course, the aim is to widen family circles to include aunts and uncles, brothers and sisters, grandmothers and grandfathers.

Let’s see if we got this right: More Syrian refugees are to be resettled in the United States; administrative barriers (including security checks?) are to be removed to expedite admissions. Come to think of it, this is exactly what we witnessed with the “Surge Operation” in Jordan, where refugee resettlement processes were reduced from 18-24 months to three months in order to meet the target of 10,000 Syrian refugees this year.

Moreover, the United States government, by its own admission, “joins UNHCR in calling for new ways” to move more Syrians to other countries. With the U.S. Refugee Resettlement program under close scrutiny, other routes for “legal admissions” (not “resettlement”) of Syrian refugees into the United States seem more appropriate. Those routes may vary from private sponsorships, labor schemes, expanded family reunification programs, humanitarian visas, medical evacuation, to academic scholarships and apprenticeships, etc.

What remains to be determined is how transparent these “alternative pathways” will be. Will we be given details about numbers, profiles, locations, screening, or costs? Also, what additional measures are we to expect from this administration as it prepares to host a Global Refugee Summit this September 20?

Meanwhile, we are left to wonder: aren’t these “pathways” for refugees nothing more than disguised resettlement routes? Akin to “pathways to citizenship” in lieu of amnesty…