The Biden administration is silent on the crisis and this deadly crisis was not a covered topic at all during the summit the White House held with the presidents of Mexico and Canada. The White House tells us to listen as they listen to the CDC…but it is selective listening.

Furthermore, Biden allegedly spent 3.5 hours in a virtual summit meeting with President Xi of China and never bothered to discuss the manufacture of illicit trafficking of fentanyl to Mexico and that deadly partnership.

The DEA published a factual report on this crisis last year.

So here is a CDC report:

More Americans died of drug overdoses between April 2020 and April 2021 than in any previous yearlong period, the Centers for Disease Control reported Wednesday.

The CDC’s National Center for Health Statistics found that more than 100,000 Americans died of overdosing, a nearly 30 percent spike from the year before and more than double the number of deaths in 2015.

“These are numbers we have never seen before,” National Institute on Drug Abuse director Dr. Nora Volkow told the New York Times.

The Times reported that the spike in deaths was largely caused by increased use of fentanyl, a powerful opioid. The Washington Free Beacon reported on Wednesday that Customs and Border Protection in October captured nearly 1,050 pounds of fentanyl, the fifth-highest amount in three years.

A senior Department of Homeland Security official told the Free Beacon that drug cartels are “exploiting the migrant crisis” to smuggle drugs into the United States. Many of the states hardest hit by the overdoses have put the blame on President Joe Biden, who rolled back many of former president Donald Trump’s border policies.

Biden’s policies have contributed to the “devastating deadly flood of fentanyl across the southwest border,” attorneys for West Virginia wrote in the state’s lawsuit against DHS. 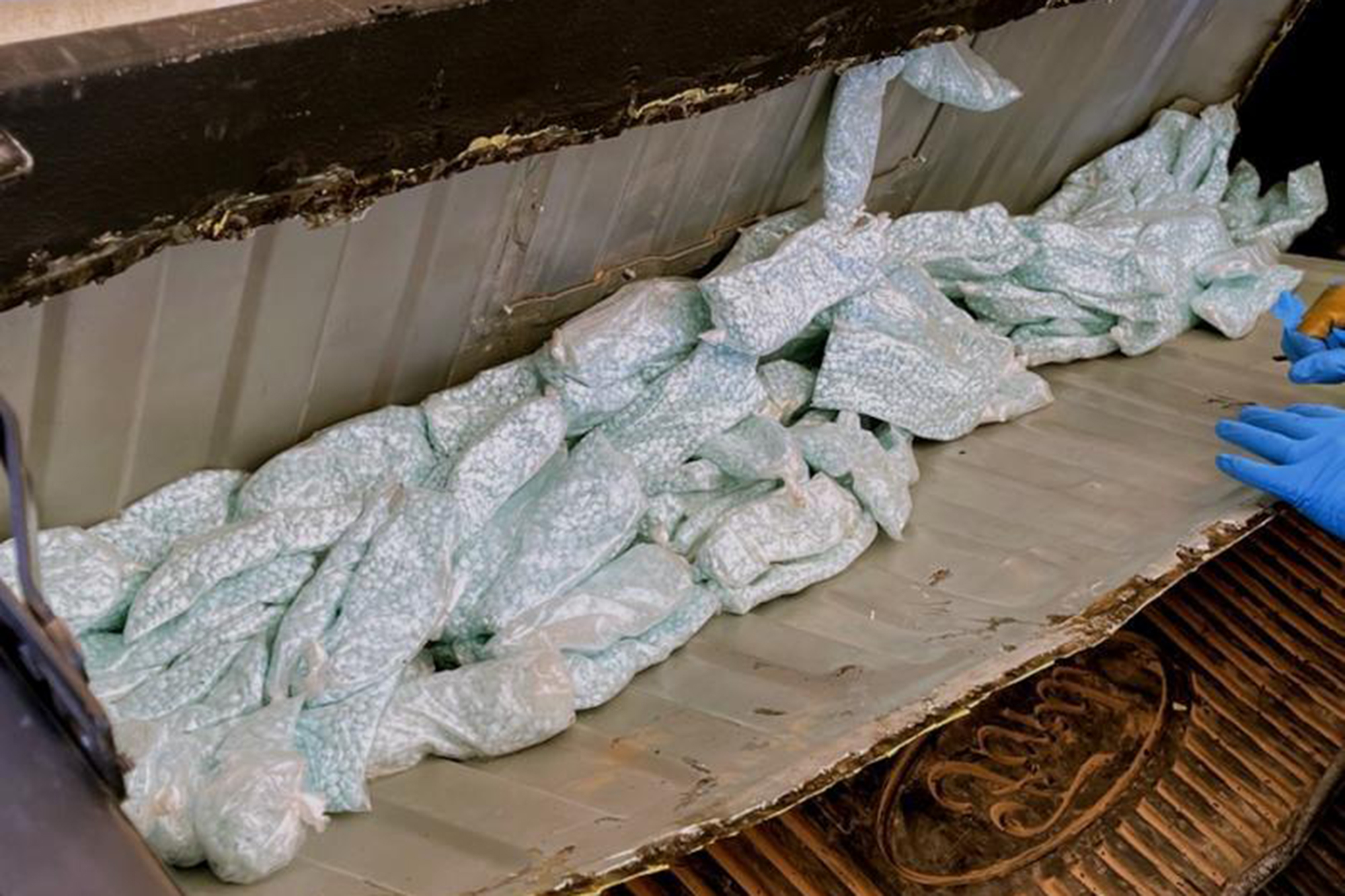 enough to kill us all….read that again…kill us all. Furthermore, it is being secreted in other drugs so you may not even know you’re taking it. This begins in China and ends in the United States through Mexico. How many more will die?

A close friend of mine Derek Maltz has been leading the mission on dealing with the crisis and has given testimony before Congress and still no advancing of any kind of legislation to stop the crisis at our southern border.

But you need to see the faces, the real faces of victims of fentanyl. There are a thousand more faces…. Derek Maltz has 25 pages of faces just like the one above….
***
With international travel limited, synthetics that are easier to manufacture and more concentrated were likely more efficient to smuggle across borders, Volkow said.
The US government has seized enough fentanyl this year to give every American a lethal dose, Drug Enforcement Administration Administrator Anne Milgram said Wednesday at a White House press briefing, calling the overdose epidemic in the US “a national crisis” that “knows no geographical boundaries, and it continues to get worse.”
The new federal data shows that overdose deaths from methamphetamine and other psychostimulants also increased significantly, up 48% in the year ending April 2021 compared to the year before. They accounted for more than a quarter of all overdose deaths in the latest 12-month period.
While fentanyl was once more popular on the East Coast and methamphetamine on the West Coast, Volkow says both have now proliferated nationwide.
***

While seemingly dominated by two large criminal groups in Mexico, the fentanyl trade requires vast networks of smaller subcontractors who specialize in importing, producing, and transporting synthetic drugs. Both large and small organizations appear to be taking advantage of the surge in popularity of the drug, which is increasingly laced into other substances such as cocaine, methamphetamine, and marijuana—very often without the end-user knowing it. To be sure, rising seizures of counterfeit oxycodone pills laced with fentanyl illustrate that the market is maturing in other ways as well.

Fentanyl’s potency also opens the door to entrepreneurs who bypass Mexico altogether, obtaining their supplies directly from China and selling them on the dark web. There is little public understanding of the prevalence of this part of the trade and even less of its medium- and long-term implications. The low barrier of entry into this market and its high returns make for a frightening future in which synthetic drugs of all types could proliferate. This full report is found here.