America’s Founders were concerned about invasion. It was mentioned it four times in the Constitution, though the term was never explicitly defined.

Article I, Section 8, Paragraph 15: The Congress shall have the Power (to) provide for calling forth the Militia to execute the Laws of the Union, suppress Insurrections and repel Invasions;

Article I, Section 9, Paragraph 2: The Privilege of the Writ of Habeas Corpus shall not be suspended, unless when in cases of Rebellion or Invasion the public Safety may require it.

Article I, Section 10, Paragraph 3: No State shall, without the Consent of Congress, lay any Duty of Tonnage, keep Troops, or Ships of War in time of Peace, enter into any agreement or Compact with another State, or with a foreign Power, or engage in War, unless actually invaded, or in such imminent Danger as will not admit of delay.

Article IV, Section 4, Paragraph 1: The United States shall guarantee to every State in this Union a Republican Form of Government, and shall protect each of them against Invasion; and on Application of the Legislature, or of the Executive (when the Legislature cannot be convened) against domestics Violence.

So, as Secretary of the Department of Homeland Security Mayorkas admits at least 13,000 Haitians were admitted into the United States to clear Del Rio, no one can deny this is an invasion. Further, that number only refers to those under that bridge in Del Rio, it does not include the 1.2 million that already passed into the United States or the unknown number of ‘gotaways’. Miles and miles of other parts of the Southern border goes unprotected or managed due to the overwhelming volume.

In June of 2021, Congressman Jody Arrington (R-TX) introduced legislation that further explains the lawlessness that Congress must address.

H.J.Res.50 – Recognizing that Article I, Section 10 of the United States Constitution explicitly reserves to the States the sovereign power to repel an invasion and defend their citizenry from the overwhelming and “imminent danger” posed by paramilitary, narco-terrorist cartels who have seized control of our southern border.

Of course under Speaker Nancy Pelosi there will be no movement to this legislation or others in the pipeline.

Even more crazy is the fact that the Haitians were already given residency status in several countries in Latin America going back to as far as 2010, directly after the earthquake.

After the earthquake of 2010, thousands of Haitians began migration to the country, in hopes of finding a new life. According to Atlanta Blackstar, the United Nations reported “an unprecedented number of people displaced from their homes—one in 113 people in the world—migration and asylum has once again come under the spotlight.”

In 2015, the Brazilian government granted residency to almost 44, 000 Haitians. source 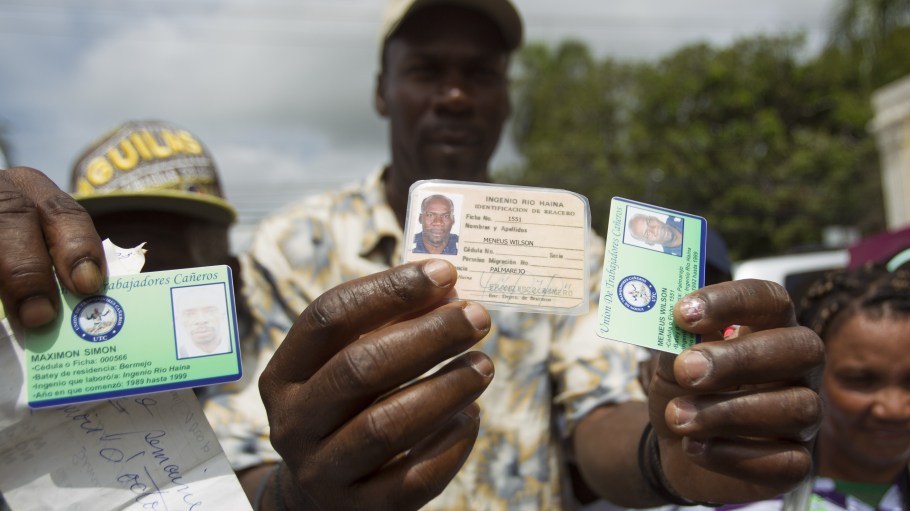 In part from an NBC affiliate: Most of the Haitians already had refugee status in Chile or Brazil but were not seeking the same from Mexico, according to Mexico’s foreign relations secretary, Marcelo Ebrard. “What they are asking for is to be allowed to pass freely through Mexico to the United States,” Ebrard said in an interview with The Associated Press.

Homeland Security Secretary Alejandro Mayorkas issued a stark warning during a news conference Monday. “If you come to the United States illegally, you will be returned, your journey will not succeed, and you will be endangering your life and your family’s life,” he said. The DHS says some who are being released are given legal documents summoning them to a court date.

“Individuals who are not immediately repatriated are either placed in Alternatives to Detention, detained in an ICE facility, or released with a legal document (either a Notice to Appear in court or a notice to report to an ICE office for further immigration processing),” DHS spokesman Eduardo Maia Silva told Sinclair Broadcast Group in an emailed statement. (this obviously has turned out to be a lie)

the reason Haitian migrants discard their Chilean and Brazilian ID cards over here on the Mex side is to obscure from asylum reviewers that they were already safely and prosperously situated for years and years before coming for the American upgrade pic.twitter.com/8eCwzxyvpM

“The reason Haitian migrants discard their Chilean and Brazilian ID cards over here on the Mex side is to obscure from asylum reviewers that they were already safely and prosperously situated for years and years before coming for the American upgrades,” explained Bensman.

Fox News journalist Bill Melugin also published photographs of documents discarded by the migrants, and among the findings, he discovered that some of them had already been processed by the United States.

In Del Rio, near the international bridge, migrants tear up and discard their identification/travel documents before they are taken into Border Patrol custody. @FoxNews pic.twitter.com/chcQMRACzx

It should be recalled that according to the Daily Mail, a recent report by the DHS Office of Inspector General found that Customs and Border Protection (CBP) does not have the resources to assess the health of migrants entering its custody and relies on public health systems in surrounding cities to do so.

“Without stronger COVID-19 prevention measures in place, DHS is putting its workforce, support staff, communities, and migrants at greater risk of contracting the virus,” wrote the DHS Office of Inspector General. source

Now back to that pesky Constitution…right? Not for anyone part of the Biden administration.