It was just this morning that I sent a text to a former CIA operative asking if he was comfortable with the FBI being the lone government agency tracking foreign spies operating in the United States. His reply was NO. Sigh…My gut was telling me that espionage in the United States is out of control and while performing some research for about an hour, it IS out of control. Understand foreign operatives come from several countries into the United States using several visa methods and for the sake of this article, the concentration will be on China. It is a sure bet however, the same techniques are used by other rogue countries that just are for sure either best described as adversaries or enemies of our homeland.

So, back to the question of the FBI being the lone tracking government agency. One of the first Reuters articles had this headline: FBI wishes it had acted quicker as China stole intellectual property

The admission by John Brown, assistant director of the Counterintelligence Division at the FBI, backed up a Senate subcommittee report that found federal agencies had responded too slowly as China recruited the researchers, leaving U.S. taxpayers unwittingly funding the rise of China’s economy and military. Despite China’s announcement in 2008 of the Thousand Talents Plan – for which China had originally hoped to recruit 2,000 people but ended up recruiting more than 7,000 by 2017 – the FBI did not respond strongly until last year, the report released on Monday by the Senate’s Permanent Subcommittee on Investigations found.

Just a few days before that Reuters’ article there was this headline: U.S. charges Chinese national with stealing trade secrets

Haitao Xiang, 42, an employee of Monsanto and its Climate Corp subsidiary from 2008 to 2017, was stopped by federal officials at a U.S. airport before he could board a flight to China carrying proprietary farming software, the department said in a statement.

Notice 9 years of employment above. Sigh. Read on, there is more.

US prosecutors have accused a tour guide of picking up US security secrets and delivering them cloak-and-dagger-style to Beijing. From October 2015 to July 2018, an FBI double agent conducted “dead drops,” in which, authorities say, Peng fetched information in the San Francisco Bay Area and Columbus, Georgia. Authorities say the double agent, identified only as “the Source,” went to the FBI in 2015, after the State Security Ministry tried to recruit him as a spy by telling him that he could rely on “Ed,” who had family and business dealings in China. As officials grapple with the threat of infiltrators trying to steal information from US companies, prosecutors have opened multiple cases against people suspected of spying for China. Last October, prosecutors charged a spy with attempting to steal trade secrets from several US aviation and aerospace companies.

Just last week in the Senate, the Homeland Security Committee Chairman, Portman held a hearing. Finding a summary from the hearing on the FBI website was the following:

Time and time again, the Communist government of China has proven that it will use any means necessary to advance its interests at the expense of others, including the United States, and pursue its long-term goal of being the world’s superpower by 2049. Among its many ways of collecting information, prioritized in national strategies such as the Five-Year Plan, the Chinese government oversees expert recruitment programs known as talent plans. Through these programs, the Chinese government offers lucrative financial and research benefits to recruit individuals working and studying outside of China who possess access to, or expertise in, high-priority research fields. These talent recruitment programs include not only the well-known Thousand Talents Plan but also more than 200 similar programs, all of which are overseen by the Chinese government and designed to support its goals, sometimes at U.S. taxpayers’ expense. Read on here. 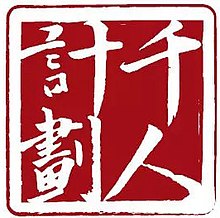 The Thousand Talents program is nothing more than a espionage recruiting operation. This past September, the FBI arrested Zhongsan Liu who was operating a front operation in New Jersey called the China Association for International Exchange of Personnel. According to the criminal complaint, Liu beginning in 2017 used the company to fraudulently procure U.S. visas for for many Chinese officials under J-1 research. Liu has actually led this front group however for 26 years. The program among others were created and directed by the Chinese government’s State Administration of Foreign Expert Affairs. Liu is a senior official of that agency. He also worked at the Chinese embassy in Washington and at the consulate in New York while this recruiting operation was going on.

“Chinese government sources claim over 44,000 highly skilled Chinese personnel have returned to China since 2009 through talent plans,” the report said. “As noted by China Daily, which is owned by the Chinese Communist Party: ‘China has more than 300 entrepreneurial parks for students returned from overseas. More than 24,500 enterprises have been set up in the parks by over 67,000 overseas returnees.'”

According to the Pentagon’s latest annual report on the Chinese military, the Thousand Talents Plan is used to bolster the People’s Liberation Army military buildup.

“China uses various incentive strategies to attract foreign personnel to work on and manage strategic programs and fill technical knowledge gaps, including the ‘Thousand Talents Program,’ which prioritizes recruiting people of Chinese descent or recent Chinese emigrants whose recruitment the Chinese government views as necessary to Chinese scientific and technical modernization, especially with regard to defense technology,” the report said.

The program of China’s Thousand Talents is really an unadvertised method to facilitate the legal and illicit transfer of U.S. technology, intellectual property and know-how as summarized by the National Intelligence Council.The NIC is a midterm and long term strategic thinking center formed in 1979. That report is found here. It is dated 2018 and titled: How China’s Economic Aggression Threatens the Technologies and Intellectual Property of the United States and the World

Do we really want a trade deal after all this with China? It can be argued that the trade has already taken place by China’s theft. This all complicates the bi-lateral signing of a trade deal between the United States and China or does it in the end?

Basic qualifications for the Thousand Talents program include the following:

The Recruitment Program for Innovative Talents (Long Term) targets people under 55 years of age who are willing to work in China on a full-time basis, with full professorships or the equivalent in prestigious foreign universities and R&D institutes, or with senior titles from well-known international companies or financial institutions.

Awardees will be conferred the title of “National Distinguished Experts” and be provided with enabling working and living conditions.

Awardees are entitled to assume some leadership, professional or technical positions in universities, R&D institutes, central SOEs as well as state-owned commercial and financial institutions; to serve as project principals of the National Key Scientific and Technological Projects, “863 Program”(or the National High-tech R&D Program), “973 Program”(or the National Program on Key Basic Research Project), the National Nature Science Fund Projects; to apply for S&T funds and industrial development funds from government to support scientific research as well as production and operating activities in China; to participate in the consultation and demonstration of China’s major projects, the formulation of key scientific research plans and national standards, the construction of major projects, etc; to determine the expenditure and employment within the prescribed scope of responsibilities as project principals; to be engaged in various domestic academic organizations and the election of academicians of the Chinese Academy of Sciences and the Chinese Academy of Engineering(foreign academicians) and become the candidates of a wide range of government rewards.

Awardees as well as their spouses and minor children with alien nationality may apply for “Permanent Residence for Aliens” and/or multiple entry visas, the validity of which lasts 2-5 years. Awardees with Chinese citizenship will be free to settle down in any city of their choice and will not be restricted by his or her original residence registry. Each awardee shall receive a one-off, start-up package of RMB 1 million yuan from the nation’s central budget; be entitled to medical care, social insurance including pensions, medical insurance and work-related injury insurance; and may purchase one residential apartment for personal use. The housing and meal allowance, removing indemnity, home-leave-subsidy, and children-education-allowance in the wage income in Chinese territory within 5 years shall be deducted before taxes in accordance with relevant laws and regulations. Employers have to offer job opportunities to spouses, and children will have guaranteed admission to schools. The income level should be decided on their previous jobs overseas through negotiation with due living allowances.

By the end of 2010, overseas high-level scholars in fields of liberal arts and social sciences, particularly urgently needed professionals specialized in Intellectual Property Law, Environment and Resources Protection Law, International Law, Diplomacy, Psychology etc. are eligible to apply for the Key National Innovative Projects. People who are introduced by this program shall support the Communist Party of China and the socialist system, maintaining compliance with the Constitution, laws, regulations and policies of the People’s Republic of China, with full professorships or the equivalent in prestigious foreign universities, R&D institutes and other institutions of art and culture, enjoying a high global reputation and being influential in their academic fields which are urgently needed in China; they shall be within 60 years of age, andd willing to work in China on a full-time basis.

With regard to application procedures, the “Liberal Arts and Social Sciences” plan is a subdivision of “The Recruitment Program for Key Disciplines”. Overseas talents are required to sign an employment contract or a letter of intention for talent recruitment with employers before applying for the Program. Please refer to the application procedures of “The Recruitment Program for Innovative Talents (Long Term)”.