Consider the following….here is where critical thinking is important and there are some assumptions below which could turn out to be factual….could….

President Trump did have some legally and politically savvy people working for him within his administration and outside of government. It is true he also had some real duds….and post his presidency, he has had a lot of visitors come with ideas, objectives and action plans….

With all that in mind….it cannot be overlooked that the Biden administration employs hundreds of left-over Obama officials and clearly they are helping to drive so much of is damaging the country today.

The full text of the search warrant is found here.

Of note is this section: e, or transmission of national defense information or classified material; c. Any government and/or Presidential Records created between January 20.2017, and January 20, 2021;

Something real fascinating is this short Reuters report –> (note the date)

During the Trump administration and certainly after his presidency, we heard the term DEEP STATE…so did any of those ‘savvy legal and political  hounds tell President Trump to declassify more than just what is noted above?

Consider the fear that the Biden White House, political operatives and the Department of Justice may be harboring with all that President Trump DID declassify….or at least should have that would become as they say ‘nuclear’ if the timing is right leading into the midterms and for sure going into 2024.

So…let’s look back a little shall we? It is important as people have short memories especially dealing with crime across the country and inflation so maybe take notes here.

These are not in any particular order:

You get the point and for sure there are others you can list. Make a few check marks on those items that are still affecting policy today and why.

What is the National Archives keeping from public access and why is this library so concerned just now about documents? It is likely just a front operation for the real mission….yes?

Sometimes we are forced to read ‘stuff’ from websites that are clearly bent towards the Left and such is the case with ‘JustSecurity’. What is notable on this particular site is Avril Haines was or is on the advisory board. Who is she? Ah…she is the Director of National Intelligence for the Biden administration and yes a lawyer too. Who else among those advisors was or is at ‘JustSecurity’ you ask? How about Jake Sullivan? Yes…that Jake Sullivan that was deputy chief of staff to Secretary of State Hillary Clinton and is now part of the National Security team for the Biden administration. His wife Maggie is a lawyer too and guess what….she is legal counsel to Attorney General Merrick Garland…..yeesh…right? Many of these people are targets of the John Durham probe… 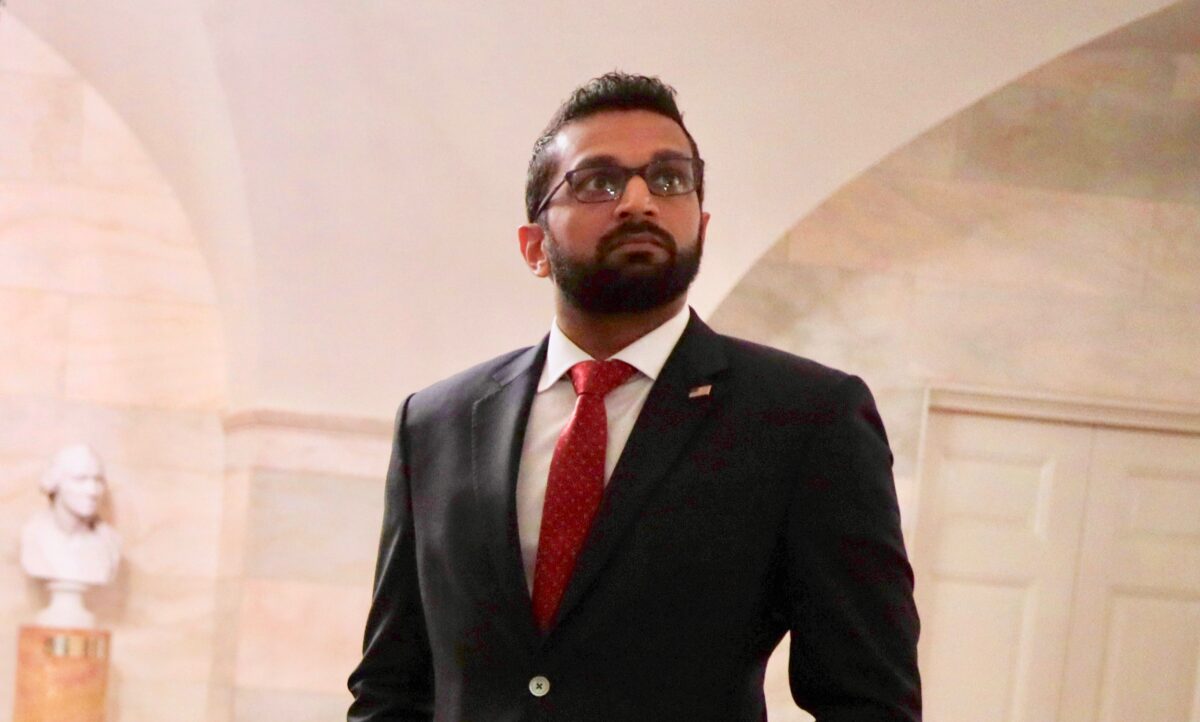 source/EpochTimes/AlexWong/Getty Image (for news and or commentary only, not commercial use)

But back to this particular item at ‘JustSecurity’ as they are in a panic about Kash Patel.

As a primer and just published yesterday —>

As this article was going to press, ABC News published a report that weeks before the Mar-a-Lago search, former President Donald Trump’s associate Kash Patel “vowed to retrieve classified documents from the National Archives and publish them on his website.”

If that scheme involved Trump himself and the Mar-a-Lago documents, it could have significant legal implications for the Justice Department’s ongoing criminal investigation. Any plan to release the documents could potentially trigger specific elements of the Espionage Act and other criminal statutes designed with the core purpose of preventing unlawful dissemination of classified and other sensitive government documents. As I discuss below, credible evidence of such a plan also would likely factor into the Justice Department’s decision on whether to bring criminal charges. Read on here on the full summary.