President Biden is completely absent and indifferent to this crisis and so is the Department of Justice. Just consider this from two days ago…

According to the Orange County District Attorney’s Office, 60-year-old Alfonso Gomez-Santana was arrested Wednesday when California Highway Patrol Officers pulled him over near South Lemon Street and Orangethorpe Avenue in Fullerton. Officers found four kilos of fentanyl inside his vehicle and 20 more kilos in his home. They also found $250,000 worth of fentanyl pills and 122 grams of methamphetamine, according to authorities. 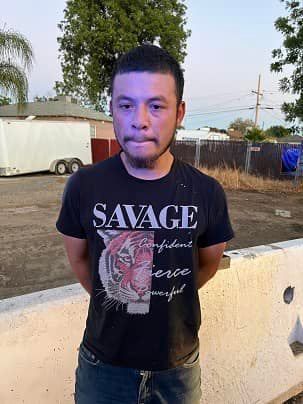 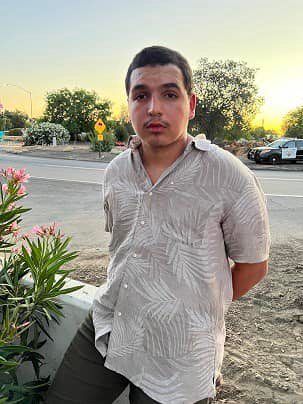 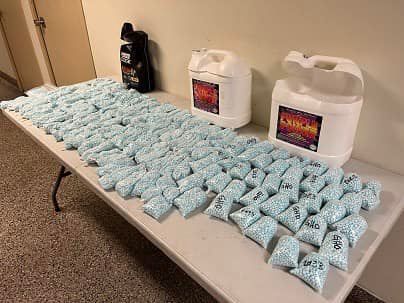 The district attorney’s office said it takes about 2 milligrams of fentanyl to be considered a lethal dose.

“It is unconscionable that someone who has the ability to kill 12 million people is facing just a handful of years in jail,” said Orange County District Attorney Todd Spitzer in a news release. “Fentanyl is a national epidemic that killed more than 100,000 Americans last year and it’s not going to stop unless we have the tools as prosecutors to hold these drug dealers and drug manufacturers accountable for peddling death. Every parent in America should be petrified that one day they are going to walk into their child’s bedroom and find them dead because their child thought they were experimenting with recreational drugs and instead drug dealers sold them a deadly dose of fentanyl. This is not fear-mongering; this is reality – and if we don’t start strengthening penalties for drug dealers it’s going to be the reality for you or someone you love.”

Gomez-Santana has been charged with one felony count of sale or transport of a controlled substance and two felony counts of possession of sale with intent to sell.He faces a maximum sentence of six years and eight months in jail if convicted on all counts.

In November, Orange County prosecutors issued a warning to drug dealers, manufacturers, and distributors, saying if their deals result in someone’s death, they could be charged with murder.

There are many chapters inside Title 42….all under the code dealing with public health….it was originally launched in 1944 to prevent the spread of communicable diseases and is managed by the CDC. In short, it is to prevent entry into the United States anything that is a threat to U.S. health law. So how does fentanyl get into the United States? Mostly trafficking through the southern border and in other cases through the U.S. Postal system. We know precisely how the supply chain operates and who is responsible. Really you say?

Yes….learn about the King Pin Act –>

FACT SHEET
Overview of the Foreign Narcotics Kingpin Designation Act
Introduction
The Administration has released the names of three Mexican organizations against which the President has decided to impose sanctions pursuant to the Foreign Narcotics Kingpin Designation Act (the “Kingpin Act”) (21 U.S.C. 1901-1908, 8 U.S.C. 1182).  Kingpin Act targets, on a worldwide basis, significant foreign narcotics traffickers, their organizations, and operatives.

Background
The Kingpin Act became law on December 3, 1999.  Its purpose is to deny significant foreign narcotics traffickers, their related businesses, and their operatives access to the U.S. financial system and to prohibit all trade and transactions between the traffickers and U.S. companies and individuals.  The Kingpin Act authorizes the President to take these actions when he determines that a foreign person plays a significant role in international narcotics trafficking.  Congress modeled the Kingpin Act on the effective sanctions program that the Department of the Treasury’s Office of Foreign Assets Control (“OFAC”) administers against the Colombian drug cartels pursuant to Executive Order 12978 issued in October 1995 (“Executive Order 12978”) under authority of the International Emergency Economic Powers Act (“IEEPA”).

Implementation
The Kingpin Act requires that the Secretary of the Treasury, the Attorney General, the Secretary of State, the Secretary of Defense, and the Director of the Central Intelligence Agency coordinate to identify drug kingpins and propose them to the President for sanctions.  The Department of Homeland Security and the Directorate of National Intelligence are also included in the process.  The Act calls for the President to report to specified congressional committees by June 1 of each year on those “foreign persons [he] determines are appropriate for sanctions” and stating his intent to impose sanctions upon those Significant Foreign Narcotics Traffickers pursuant to the Act.  While previous Presidential determinations have been tied to the statutory June 1 timetable, the President may also identify Significant Foreign Narcotics Traffickers at any other time pursuant to the Act.

Under the Kingpin Act, the President may identify foreign entities as well as foreign individuals as Significant Foreign Narcotics Traffickers, or “kingpins”: a foreign person is defined in the Act as “any citizen or national of a foreign state or any entity not organized under the laws of the United States, but does not include a foreign state.”  Likewise, the President is not required to designate Colombian persons exclusively under Executive Order 12978, and may impose sanctions on a Colombian individual or entity under the Kingpin Act, which is intended to be global in scope.

The long-term effectiveness of the Kingpin Act is enhanced by the Department of the Treasury’s authority (in consultation with appropriate government agencies and departments) under the Act to make derivative designations of foreign individuals and entities that provide specified types of support or assistance to designated traffickers, or that are owned or controlled by such traffickers, or that act on their behalf.  This authority broadens the scope of application of the economic sanctions against kingpins to include their businesses and operatives.  Including this year’s action, the President has named a total of 78 Significant Foreign Narcotics Traffickers since the first set of kingpins was announced on June 1, 2000.  The Department of the Treasury’s OFAC has issued a total of 496 derivative designations pursuant to its authorities under the Kingpin Act; these entities and individuals are subject to the same sanctions that apply to kingpins.

So, most of us know about some king-pins….El Chapo was a king-pin…then there are the cartels that are making billions per month not only trafficking narcotics but people across our southern border.
It all begins in China and the CCP, the Chinese Communist Party. There are other countries for sure inside the supply chain map that include India, Laos, Myanmar, Cambodia, Thailand and more…the Chinese mafia is well connected to the Mexican mafia, hence the Mexican drug cartels.
The Sinaloa cartel has a sizeable network in China for narcotics including fentanyl but also for money laundering. Then in balance, China has a large network in Mexico. There are a couple of standout names of which you can research on your own but they include:
14K
Zheng Cartel
Broken Tooth
Tse Chi Lop’s Sam Gor Syndicate
Big Circle Boys
In closing but not the end of the story, the U.S. Treasury has a 33 page list of ‘sanctions pursuant to the Foreign Narcotics KingPin Designation Act. Sanctions dont work so well …..do they?
Posted in Biden administration, Citizens Duty, Cyber War, Department of Homeland Security, DOJ, DC and inside the Beltway, Drug Cartels, Failed foreign policy, FBI, Gangs and Crimes, Illegal Immigration, Industry Jobs Oil Economics, Media corruption, The Denise Simon Experience, Treasury, Trump Administration.