October is national cyber awareness month, frankly every month and every day should be an awareness day. 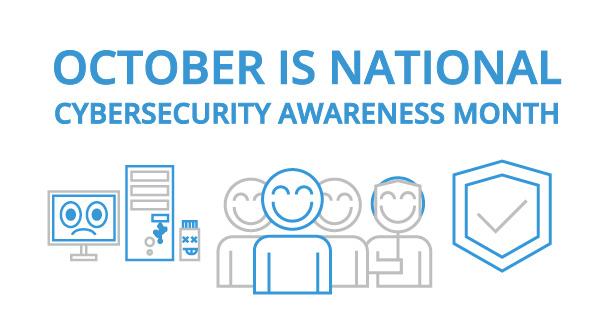 So, back in late 2017, the House passed by a voice vote H.R. 3559 – Cybersecurity and Infrastructure Security Agency Act of 2017. As you may guess, it is stalled in the Senate.

Recent reports that Russia has been attempting to install malware in our electrical grid and that its hackers have infiltrated utility-control rooms across America should constitute a significant wakeup call. Our most critical infrastructure systems are vulnerable to malicious foreign cyberactivity and, despite considerable effort, the collective response has been inadequate. As Director of National Intelligence Dan Coats ominously warned, “The warning lights are blinking red.”

A successful attack on our critical infrastructure — power grids, water supplies, communications systems, transportation and financial networks — could be devastating. Each of these is vital to our economy, health and security. One recent study found that a single coordinated attack on the East Coast power grid could leave parts of the region without power for months, cause thousands of deaths due to the failure of health and safety systems, and cost the U.S. economy almost $250 billion. Cyberattacks could also undermine our elections, either by altering our voter registration rolls or by tampering with the voting systems or results themselves.

Actually, I agree with General Petraeus on his position. Last month also, John Bolton on the White House National Security Council declared that the U.S. is going on the offensive. Yet in an interesting article, Forbes offers a point and counter-point to that argument.

Last week, President Trump spoke to world leaders about how China is interfering in U.S. elections via the cyber realm. While no evidence has been offered, that is not to say there is no evidence, it is a common tactic of China. Additionally, the United States is offering robust assistance to NATO allies.

Acting to counter Russia’s aggressive use of cyberattacks across Europe and around the world, the U.S. is expected to announce that, if asked, it will use its formidable cyberwarfare capabilities on NATO’s behalf, according to a senior U.S. official.

The announcement is expected in the coming days as U.S. Defense Secretary Jim Mattis attends a meeting of NATO defense ministers on Wednesday and Thursday.

Katie Wheelbarger, the principal deputy assistant defense secretary for international security affairs, said the U.S. is committing to use offensive and defensive cyber operations for NATO allies, but America will maintain control over its own personnel and capabilities.

The decision comes on the heels of the NATO summit in July, when members agreed to allow the alliance to use cyber capabilities that are provided voluntarily by allies to protect networks and respond to cyberattacks. It reflects growing concerns by the U.S. and its allies over Moscow’s use of cyber operations to influence elections in America and elsewhere.

“Russia is constantly pushing its cyber and information operations,” said Wheelbarger, adding that this is a way for the U.S. to show its continued commitment to NATO.

Wheelbarger told reporters traveling to NATO with Mattis that the move is a signal to other nations that NATO is prepared to counter cyberattacks waged against the alliance or its members.

Much like America’s nuclear capabilities, the formal declaration of cyber support can help serve as a military deterrent to other nations and adversaries.

The U.S. has, for some time, considered cyber as a warfighting domain, much like air, sea, space and ground operations. In recent weeks the Pentagon released a new cybersecurity strategy that maps out a more aggressive use of military cyber capabilities. And it specifically calls out Russia and China for their use of cyberattacks.

China, it said, has been “persistently” stealing data from the public and private sector to gain an economic advantage. And it said Russia has use cyber information operations to “influence our population and challenge our diplomatic processes.” U.S. officials have repeatedly accused Moscow of interfering in the 2016 elections, including through online social media.

“We will conduct cyberspace operations to collect intelligence and prepare military cyber capabilities to be used in the event of a crisis or conflict,” the new strategy states, adding that the U.S. is prepared to use cyberwarfare along with other military weapons against its enemies when needed, including to counter malicious cyber activities targeting the country. Read more here.

Not to be left out is North Korea.

Yup, in closing…..we agree with General Petraeus….it is long overdue to go big and go NOW.