Congress, the FDA and the Pentagon is well aware of how tainted many of the drugs from China.

Priest, a retired Army colonel, delivered these remarks July 31 on Capitol Hill at a meeting of the U.S.-China Economic and Security Review Commission. The commission in-part investigates national security risks related to foreign trade and provides recommendations to Congress.

The U.S. purchases of drugs from foreign countries came under scrutiny earlier this year, when the Food and Drug Administration discovered that carcinogens in generic products used to treat high blood pressure and heart failure. Some of those drugs made their way to military treatment facilities, where veterans pick up their prescriptions.

The 10 most prescribed drugs are found here. 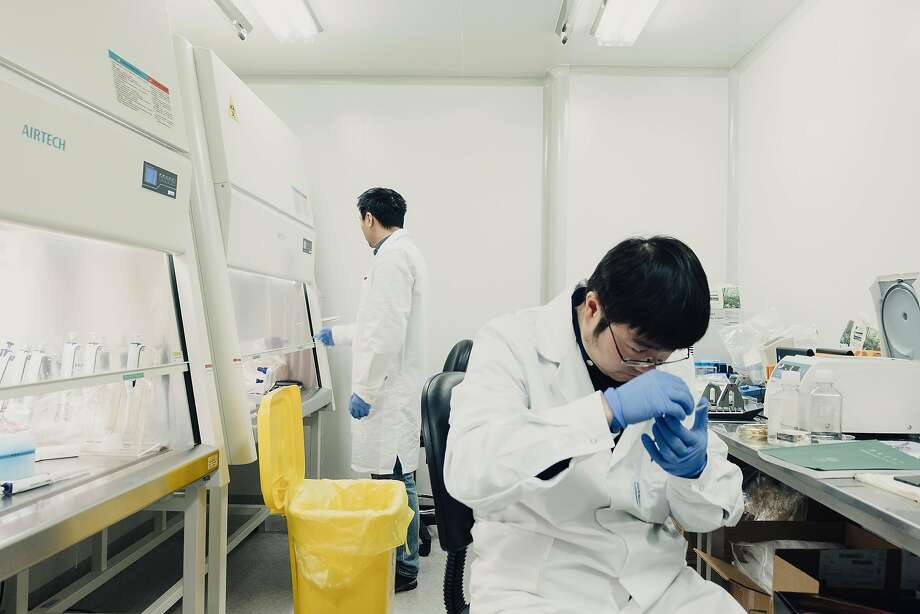 The common debate on Capitol Hill has been the cost of prescription drugs, when the 800 lb. gorilla in the room has been uncontrolled ingredients in over-the-counter drugs as well as prescription that legislators have known about but ignored. The same debate continues with medical devices manufactured in China. The United States does not even produce vitamin C. Yeesh, and China has been called a drug cartel of distinction because of trafficking fentanyl. 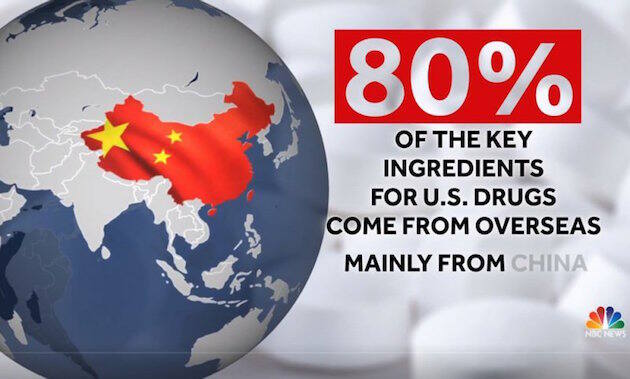 GoodRx, commercials often seen on TV to save money by using their APP recently published the following about bizarre ingredients:

Gold, of course, has been used for thousands of years in jewelry, but few know that it has therapeutic properties. Today, we have the oral anti-inflammatory medication, Ridaura (auranofin), which is used to treat rheumatoid arthritis. Likewise, an injectable gold known as gold sodium thiomalate (GST) is injected weekly or monthly into joints to treat arthritis. Fancy.

2) Saliva of a Gila monster

Ok, that’s slightly misleading. Exenatide, the active ingredient in Byetta and Bydureon, and an important medicine to control blood sugar in diabetics, is a man-made form of a protein found in the saliva of the Gila monster, a poisonous lizard native to the southwestern United States. Still weird.

Synvisc and Synvisc-One (Hylan G-F 20), injectable medications given for knee arthritis to provide pain relief for up to six months, both contain hyaluronan, which is made from chicken combs. Hyaluronan makes joint fluid more flexible and fluid, so there’s better shock absorption in the knee. Cock-a-doodle-doo.

Yes, you heard that right. Formaldehyde, the main ingredient in embalming fluid and a common substance in household cleaning products, is used in medicine. Hiprex, which contains methenamine, is making a resurgence in popularity as an effective medication for preventing recurrent urinary tract infections. And methenamine works when it’s converted in urine to formaldehyde, the same chemical we use to embalm dead bodies.

While not exactly gross, the contribution of marine life to medicines is worth mentioning. Lovaza, the only pharmaceutical-grade fish oil on the market, is used to lower triglycerides, a type of fat found in your blood that can increase your risk of heart disease at high enough levels. The oils in cooked masses of fish are separated from the solids—and that’s how you get Lovaza. Ok, not so bad.

The urine of postmenopausal women is in many follicle stimulating hormone (FSH) preparations, including Repronex and Bravelle, which are used to treat infertility. Unlike donated blood, where the donation can be traced to one donor, these medications are made with pooled urine from multiple donors, so there’s some concern over safety. That’s why Follistim, which contains synthetic FSH is a good alternative. Pools of urine.

Creon (pancrelipase) is made from the pancreas of pigs and is available only with a prescription. Creon is used in patients who lack full pancreatic functionality, whether because of cystic fibrosis, chronic pancreatitis, type 1 diabetes or removal of the pancreas. Oink.

Armour thyroid comes from the dried out thyroid glands of pigs. Armour thyroid is prescribed for underactive thyroid, or hypothyroidism, and is less tightly regulated than Synthroid, a manufactured form of thyroid hormone. Oink take 2.

Setting aside for a moment how the United States has in recent days complained about China’s lack of cooperation with the United States over COVID-19, other nations have as well. Just a few day ago, the UK published an immediate report stating that China was to blame and noted that the lack of truth from China has caused the global health crisis.

So, there is an immediate movement authorized by President Trump to fast track domestic manufacture production of many top medicines not only for treating COVID-19 but other most prescribed drugs as well. The FDA is fast tracking several variations of chloroquine, which has several names including Aralen,Plaquenil or Avigan already used to treat COVID-19. Yes, however, this comes from China as well. In fact Wuhan and Shenzhen treated coronavirus patients with favipiravir with excellent success, meaning patient’s tests are negative just after 3-4 days.

The bill, which Cotton introduced with Rep. Mike Gallagher (R., Wis.), aims to severely curtail the volume of Chinese active pharmaceutical ingredients (APIs) from the U.S. medical drug supply. The PRC currently produces most of the world’s APIs—the “active ingredients” in commonly used drugs—leaving the United States and other nations critically dependent on it for medicines.

Cotton’s is just the latest proposal to onshore pharmaceutical supply chains, including a similar one from Sen. Marco Rubio (R., Fla.) and rumblings from the White House about a “buy American” executive order. Prompted by the coronavirus pandemic, many are beginning to see the cost-savings from Chinese-made pharmaceuticals as not worth the risk of undersupply during another pandemic, or during a potential conflict with America’s main geostrategic rival. More here.