Primer: Qasem Soleimani, the military maestro of the IRGC, commanded the base that attacked Israel earlier this week. Further, the Israelis asked permission to assassinate Soleimani during the Obama administration. They were denied and Obama officials leaked the plot to Iran. Now, that same request has apparently been asked of the Trump administration and the request was approved. Treasury designated six individuals and three business entities for their role in the scheme. The UAE, where companies facilitating the money laundering were located, but the same people and entities on its list of terrorists and terror organizations that do business with the IRGC-QF.

In a statement announcing the new sanctions, Treasury Secretary Steven T. Mnuchin said, “The Iranian regime and its Central Bank have abused access to entities in the UAE to acquire U.S. dollars to fund the IRGC-QF’s malign activities, including to fund and arm its regional proxy groups, by concealing the purpose for which the U.S. dollars were acquired. As I said following the President’s announcement on Tuesday, we are intent on cutting off IRGC revenue streams wherever their source and whatever their destination. Today we are targeting Iranian individuals and front companies engaged in a large-scale currency exchange network that has procured and transferred millions to the IRGC-QF.”

Mnuchin thanked the UAE for its “close collaboration” in disrupting the money laundering and called on all nations to “be vigilant” in fighting Iranian attempts at money-laundering to “fund the nefarious actors of the IRGC-QF and the world’s largest state sponsor of terror.” 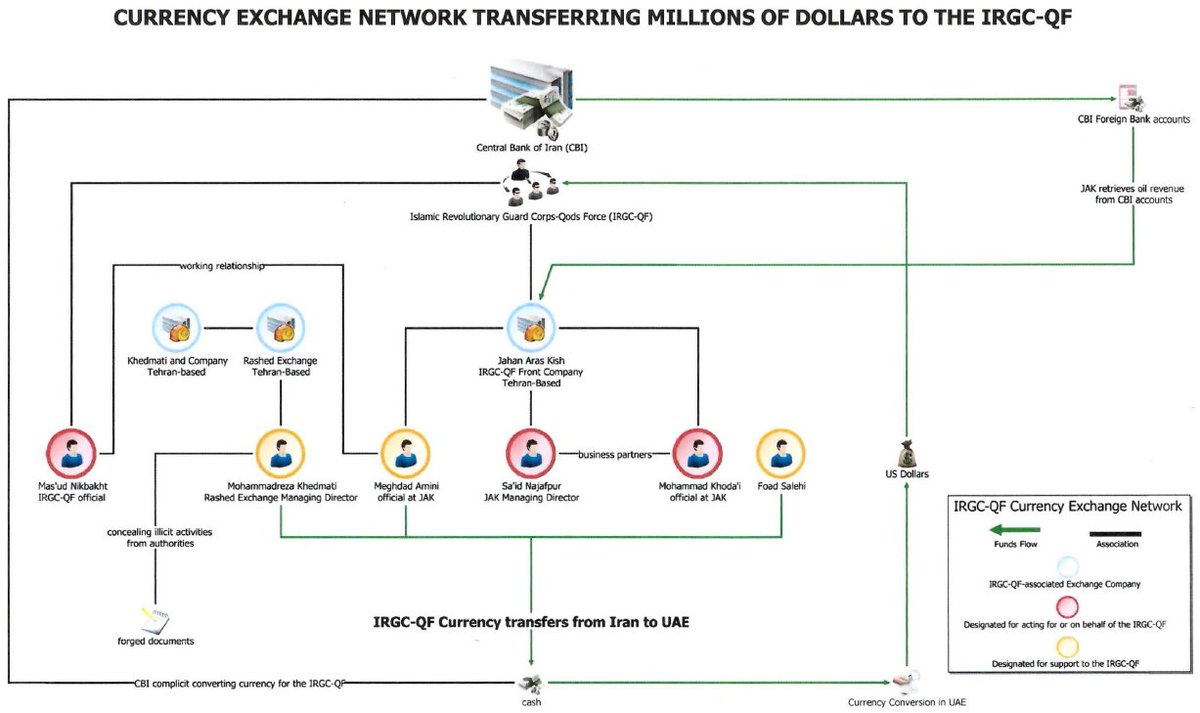 Reuters described the IRGC as Iran’s “most powerful security entity,” with control over a large share of Iran’s economy. IRGC-QF is described as “an elite unit in charge of the IRGC’s overseas operations.”

In 2015, Reuters reported that more than $1 billion in cash had been smuggled into Iran despite sanctions, utilizing “money changers and front companies in Dubai, in the United Arab Emirates and Iraq.” Iran preferred using a network of front companies to handle the money laundering in order to conceal “the overall size of the dollar-purchasing operation.”

When he announced the United States’ withdrawal from the nuclear deal earlier this week, President Donald Trump gave companies either three month or six months to wind down their dealings with Iran.