An Army report has the following information in part regarding North Korea:

A new assessment made by the United States Department of the Army estimates that the North Korean regime is in possession of massive amounts of conventional and non-conventional weapons that they are “highly likely” to use in specific circumstances, according to the Yonhap News Agency.

The assessment was published in a report entitled “North Korean Tactics,” and attributes North Korea’s huge armaments program to a desire to “prevent other countries from contemplating regime change.” Apparently, Kim Jong-un, the North Korean dictator, took note of what happened to his Libyan counterpart Muammar Gaddafi and “does not want something similar to happen” to him. (Gaddafi was killed by rebel Libyan forces, after a multi-national force including NATO countries attacked Libya with the stated goal of imposing an arms embargo, sanctions, and an assets freeze against regime leaders.)

According to the report, North Korea already has between 20 and 60 nuclear bombs and “the capacity to produce six new devices each year.” It also boasts the world’s third-largest stockpile of chemical weapons – between 2,500 and 5,000 tons of various substances – and is engaged in research into biological warfare as well. “Only one kilogram of anthrax could kill up to 50,000 people in Seoul,” the capital of South Korea, the report’s authors note.

Another ongoing source of concern is North Korea’s Cyber Warfare Guidance Unit, which employs over 6,000 computer hackers who “can successfully conduct invasive computer warfare activities from the safety of its own territory.” North Korean operatives are known to already be operating in several foreign countries including Belarus, China, India, Malaysia, and Russia.

Negotiations between the United States and North Korea broke down entirely following an unproductive summit between Kim Jong-un and US President Donald Trump in February, 2019.

Further details in the report to Congress includes:

North Korea’s military “uses tactics based on former Soviet or current Russian doctrine, Chinese developments, lessons learned, and observation of recent military actions,” according to a new US Army manual on the subject.

But North Korea has proved resourceful in other areas, including offensive cyber warfare.

“The primary organization responsible for computer warfare in North Korea is Bureau 121, which fielded at least 1,000 elite hackers in 2010 who focused on other countries’ computer systems. This number is likely much higher now” and includes “cyberspace teams [deployed] in foreign countries.”

And not least of all, “The country’s possession of a nuclear arsenal and its pursuit of missile technology are attempts to ensure that external powers do not interfere with its internal affairs for fear of a nuclear reprisal,” the Army manual said.

“North Korea is constantly adapting and evolving its capabilities,” the Army said.

Part of the unit is sometimes known as the DarkSeoul Gang, according to a report by Reuters.

Despite being one of the poorest countries in the world, North Korea puts a lot of its cash into Bureau 121.

North Korea is still technically at war with South Korea and cyber-warfare is arguably its best weapon. Coming from a defector in 2015, more details were provided to the BBC.

There is an official training school for the younger hacking applicants. 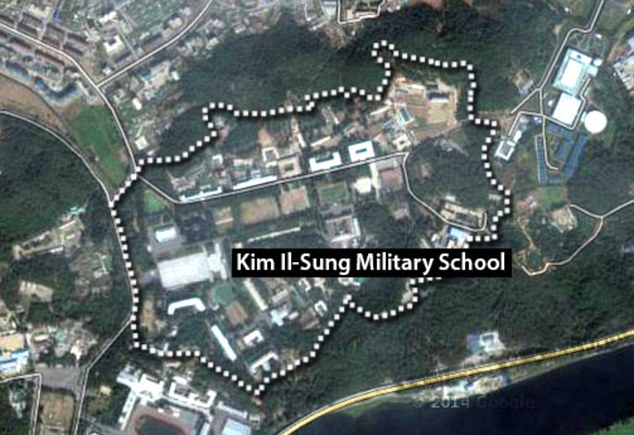 Students sent to the Military school after graduating from Geumseong Middle School in the capital. A report into the cyber threat written by US Major Steve Sin in 2009 revealed Unit 121 had a base in Chilbosan Hotel, in Shenyang, China, from where could launch its attacks.The 164-room three star hotel – which is jointly owned by the North Koreans and Chinese. More details here.