The bill is here if you choose to read it. 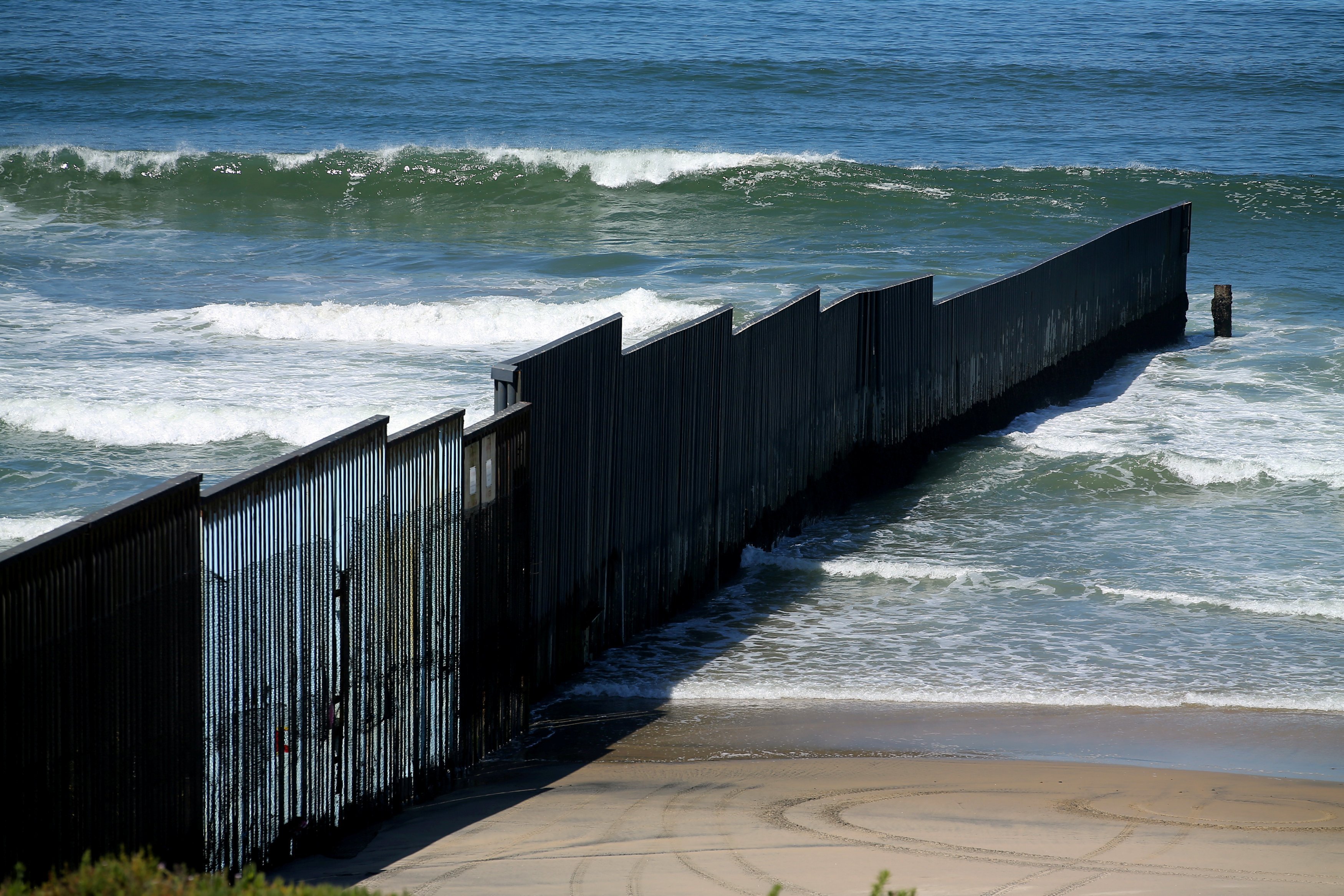 1. The bill has language in that actually restricts who can do immigration sweeps and deportations.

2. That 55 miles of alleged construction has many caveats to it including approvals or denials by the land-owners for any kinds of barriers. Further, there is an historic church and a butterfly sanctuary that is restricted from any barrier construction.

4. Any construction of a border wall cannot use any of the prototypes offered to the Federal government.

5. The bill would prohibit DHS from detaining or deporting a sponsor, potential sponsor, or household member of an unaccompanied minor based on information shared with HHS. (this means that all unaccompanied themselves their own sanctuary).

6. Detention for up to 100,000 illegals would require other options including wearing ankle bracelets or simply using a phone. This means essentially detention centers could be rendered obsolete.

7. A larger or perhaps a separate oversight committee/team will be established to manage all ICE activities.

Meanwhile, it seems while unaccompanied children and the agencies that deal with them have full amnesty. So, Trump is declaring a national emergency. What does that mean?

Making this declaration out of a ‘fake emergency’ as the democrats like to label it does give the democrats the precedent to do the same with regard to climate change and or gun violence.

In December of 2017, Trump signed an Executive Order.

On December 20, 2017, by Executive Order 13818, the President declared a national emergency with respect to serious human rights abuse and corruption around the world and, pursuant to the International Emergency Economic Powers Act (50 U.S.C. 1701 et seq.), took related steps to deal with the unusual and extraordinary threat to the national security, foreign policy, and economy of the United States.

The prevalence and severity of human rights abuse and corruption that have their source, in whole or in substantial part, outside the United States, continue to pose an unusual and extraordinary threat to the national security, foreign policy, and economy of the United States.  For this reason, the national emergency declared on December 20, 2017, must continue in effect beyond December 20, 2018.  Therefore, in accordance with section 202(d) of the National Emergencies Act (50 U.S.C. 1622(d)), I am continuing for 1 year the national emergency declared in Executive Order 13818 with respect to serious human rights abuse and corruption.

*** When the President declares a national emergency, no powers or authorities made available by statute for use in the event of an emergency shall be exercised unless and until the President specifies the provisions of law under which he proposes that he, or other officers will act. Such specification may be made either in the declaration of a national emergency, or by one or more contemporaneous or subsequent Executive orders published in the Federal Register and transmitted to the Congress.

§1641. Accountability and reporting requirements of President

(a) Maintenance of file and index of Presidential orders, rules and regulations during national emergency

(b) Presidential orders, rules and regulations; transmittal to Congress

All such significant orders of the President, including Executive orders, and such rules and regulations shall be transmitted to the Congress promptly under means to assure confidentiality where appropriate.

When the President declares a national emergency or Congress declares war, the President shall transmit to Congress, within ninety days after the end of each six-month period after such declaration, a report on the total expenditures incurred by the United States Government during such six-month period which are directly attributable to the exercise of powers and authorities conferred by such declaration. Not later than ninety days after the termination of each such emergency or war, the President shall transmit a final report on all such expenditures.

(a) The provisions of this chapter shall not apply to the following provisions of law, the powers and authorities conferred thereby, and actions taken thereunder:

(b) Each committee of the House of Representatives and the Senate having jurisdiction with respect to any provision of law referred to in subsection (a) of this section shall make a complete study and investigation concerning that provision of law and make a report, including any recommendations and proposed revisions such committee may have, to its respective House of Congress within two hundred and seventy days after September 14, 1976.

*** Given the text of this Executive Order as case can be made that it applies to the crisis at the Southern border. The president does have the power and authority to amend that order or to annex it to be more exact to include the matter specifically at the border and other areas including visa overstays, a port of entry emergency due to fentanyl and other opioids, where 70,000 people a year die from overdoses.

Frankly, Trump should order an increase in funding to DEA to aid Border Patrol and ICE and install narco-training and drug use education in all public schools and universities.