Seems we may have a district attorney or two that need to be sued, disbarred and jailed as accomplices. In fact this could have been done under edict by the White House and the Department of Justice.

WICHITA, Kan. (AP)— A Mexican man accused of raping a 13-year-old girl on a Greyhound bus that traveled through Kansas had been deported 10 times and voluntarily removed from the U.S. another nine times since 2003, records obtained by The Associated Press show.

Three U.S. Republican senators — including Kansas’ Jerry Moran and Pat Roberts — demanded this month that the Department of Homeland Security provide immigration records for 38-year-old Tomas Martinez-Maldonado, who is charged with a felony in the alleged Sept. 27 attack aboard a bus in Geary County. He is being held in the Geary County jail in Junction City, which is about 120 miles west of Kansas City. 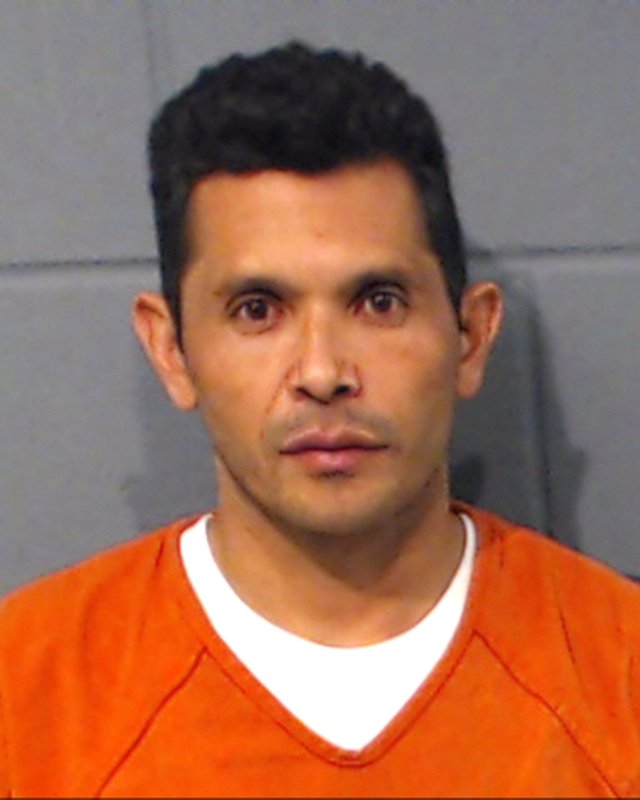 U.S. Sen. Charles Grassley, from Iowa and chairman of the judiciary committee, co-signed a Dec. 9 letter with Moran and Roberts to Homeland Security Secretary Jeh Johnson, calling it “an extremely disturbing case” and questioning how Martinez-Maldonado was able to re-enter and remain in the country.

U.S. Immigration and Customs Enforcement said it has placed a detainer — a request to turn Martinez-Maldonado over to ICE custody before he is released — with Geary County. ICE declined to discuss his specific case beyond its October statement regarding the 10 deportations.

Court filings show Martinez-Maldonado has two misdemeanor convictions for entering without legal permission in cases prosecuted in 2013 and 2015 in U.S. District Court of Arizona, where he was sentenced to serve 60 days and 165 days respectively.

A status hearing in the rape case is scheduled for Jan. 10. Defense attorney Lisa Hamer declined to comment on the charge, but said, “criminal law and immigration definitely intersect and nowadays it should be the responsibility of every criminal defense attorney to know the possible ramifications in the immigration courts.”

Nationwide, 52 percent of all federal prosecutions in the fiscal year that ended Sept. 30 were for entry or re-entry without legal permission and similar immigration violations, according to Transactional Records Access Clearinghouse at Syracuse University.

It’s not unusual to see immigrants with multiple entries without legal permission, said David Trevino, a Topeka immigration attorney also representing Martinez-Maldonado. Most of Martinez-Maldonado’s family lives in Mexico, but he also has family in the United States, and the family is “devastated,” Trevino said.

“(President-elect Donald Trump) can build a wall 100 feet high and 50 feet deep, but it is not going to keep family members separated. So if someone is deported and they have family members here … they will find a way back — whether it is through the air, under a wall, through the coast of the United States,” Trevino said.

He declined to comment on his client’s criminal history and pending charge.

Records obtained by AP show Martinez-Maldonado had eight voluntary removals before his first deportation in 2010, which was followed by another voluntary removal that same year. He was deported five more times between 2011 and 2013.

In 2013, Martinez-Maldonado was charged with entering without legal permission, a misdemeanor, and subsequently deported in early 2014 after serving his sentence. He was deported again a few months later, as well as twice in 2015 — including the last one in October 2015 after he had served his second sentence, the records show.

ICE said in an emailed statement when it encounters a person who’s been deported multiple times or has a significant criminal history and was removed, it routinely presents those cases to the U.S. attorney’s office for possible criminal charges.

Cosme Lopez, spokesman for the U.S. attorney’s office for the District of Arizona, declined comment on why prosecutors twice dismissed felony re-entry after deportation charges against Martinez-Maldonado in 2013 and 2015 in exchange for guilty pleas on misdemeanor entry charges.

Moran told the AP in an emailed statement that the immigration system is “broken.”

“There must be serious legislative efforts to address U.S. immigration policy, and we must have the ability to identify, prosecute and deport illegal aliens who display violent tendencies before they have an opportunity to perpetrate these crimes in the United States,” he said.

**** And the FBI is putting out a warning: Hear the FBI podcast here.

Mollie Halpern: During this busy holiday travel season and beyond, the FBI is asking those who cross our nation’s borders, use airports, and other ports of entry to keep an eye out for border corruption.

Teresa Tampubolon: You just have to keep your eyes open and be situationally aware. And if you see a screener doing something they shouldn’t be, you see an official taking money—if you see something that’s suspicious, then you have to report it.

Halpern: That was Supervisory Special Agent Teresa Tampubolon, who says not only does border corruption lead to drug, weapon, and sex trafficking, it can jeopardize our country’s national security.

Halpern: Don’t turn a blind eye. Report border corruption to the FBI at tips.fbi.gov. Support the effort on social media using #ReportBorderCorruption. With FBI, This Week, I’m Mollie Halpern of the Bureau.