That is the question(s)…

While many are calling for the resignation of Dr. Anthony Fauci, I say hold on. Why? Often, in fact most often, former government employees rarely are investigated, charged or prosecuted. I say just suspend him without pay until a full commission is launched.

As Joe Biden has ordered the intelligence agencies to go through a full review and report back, a long application of strategic thinking is also in order. The reader is invited to ask their own questions in the comments section of this post.

For some context and courtesy of Bloomberg News in part:

No matter where the inquiry leads, the history of lab safety shows, at the very least, that leaks of pathogens have happened in the past — sometimes with deadly consequences. It also shows that even transparent, thorough investigations into the origins of an outbreak can end in uncertainty.

By the late 1970s, smallpox had been eradicated in nature, but work on it continued in a handful of labs around the world, including a facility in Birmingham, England, which had access to a particularly virulent strain. In the summer of 1978, a medical photographer working there named Janet Parker fell ill. When pustules spread across her upper body, a local doctor diagnosed it as a bad case of chickenpox.

It was the third leak of smallpox that decade from a British lab. The British government moved aggressively to contain the outbreak, quarantining hundreds of people and vaccinating many more. Thanks to their efforts, only one other person — Parker’s mother — developed the disease. But Parker died an excruciating, lonely death in an isolation ward — the last known victim of smallpox.

But there were other victims. At the time, the newspapers covering the episode fixated on the director of the laboratory, an expert on pox viruses named Henry Bedson. Despite an absence of evidence, the press blamed him for the outbreak. Quarantined at home and despondent, Bedson went out to his garden shed and slit his own throat; he died soon afterward.

The British government commissioned a thorough investigation into the outbreak. It turned up evidence that Bedson may not have observed sufficient safety protocols and speculated that Parker must have somehow contracted smallpox through contamination in the air ducts. Later, a lawsuit effectively refuted this explanation, leading to the unsettling possibility that Parker herself may have entered one of the work spaces without proper protection. The debate continues to this day.

When lab leaks take place in a secretive society, the difficult job of confirming the source of an outbreak gets much harder. A good case in point was the infamous anthrax outbreak in Sverdlovsk, an isolated city in the Soviet Union.

In 1979, rumors of anthrax killing dozens — or even thousands — began trickling out to the West. Later that year, Soviet journals confirmed some of these reports, noting that upward of a hundred people had contracted anthrax after ingesting contaminated meat; over 60 had died. A tragedy, yes, but perhaps inevitable: Anthrax was endemic in local animal populations.

Intelligence officials in the U.S. weren’t convinced. Satellite imagery showed what looked like decontamination trucks around the city, with considerable activity focused on a mysterious military facility known as Compound 19. CIA analysts hypothesized that the Soviets had mistakenly released a weaponized form of anthrax. More here.

Remember, Dr. Fauci has the Director of the NIAID since 1984. He not only knows the history of super bugs and pandemics but he also has access to the files and documentation of global laboratories and scientists.

Can we quit saying ‘lab leaks’, which infers an accident? Perhaps ‘released’ should replace ‘leak’. Anyway, moving on.

Exactly why was the CIA not called in by Fauci or the suggestion of that in 2019 or earlier like around the time of the warning cables that were sent by U.S. Embassy officials back to the State Department in 2018?

How come Dr. Fauci’s emails did not include communication exchanges with other countries that provided big financial aid to the Wuhan Lab like France and Canada?

As the Public Health Agency of Canada refuses to release uncensored internal documents, a Conservative MP says he wants to know how far Canada’s collaboration with China on Level-4 pathogens went — and why two federal scientists were let go by the National Microbiology Lab in Winnipeg in January.

“We need these documents. We need to know what the Government of Canada was doing through the National Microbiology Lab in Winnipeg with respect to cooperating with the Wuhan Institute of Virology in Wuhan, China,” Conservative foreign affairs critic Michael Chong said during a special parliamentary committee hearing on Canada-China relations Monday night.

The special committee has demanded to know why two federal government scientists were escorted out of Canada’s only Level 4 Lab in July 2019, just four months after one of them shipped samples of the Ebola and Henipah viruses to the Wuhan Institute of Virology in China — stories first published by CBC News.

Two months after that shipment, on May 24, 2019, the Public Health Agency of Canada (PHAC) referred an “administrative matter” to RCMP that resulted in the removal of two Chinese research scientists — Xiangguo Qiu and her husband, Keding Cheng — and several international students on July 5.

No where in the Fauci emails is the request for the medical files of ‘patient zero’ or of any Chinese scientists that fell ill or died. Why?

Did Dr. Fauci reach out to the Galveston National Laboratory which is part of the University of Texas for any pandemic details? Not so much, why? 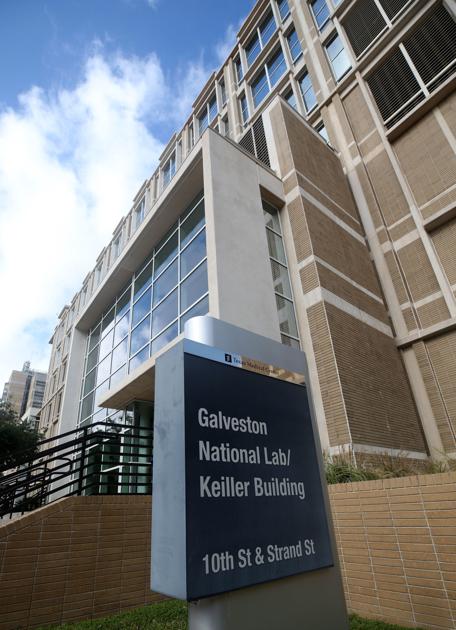 How come Dr. Fauci only had Dr. Deborah Birx as an addition to the White House Virus Task Force and other virology experts were not called on like other world health leaders?

How about any references to expert white papers that Dr. Fauci made? He only said data…what data?

There are hundreds of questions and standing up a full commission is past due. Meanwhile, suspect the doctor and start the real interviews and subpoenas. There are likely hundreds if not thousands more across the world that know more with evidence….Dr. Fauci makes no email inquiries and the same goes for the intelligence agencies, unless they have and that is being embargoed too.