There have been several unanimous decisions out of the Supreme Court lately and this one is curious. The progressive Jurist Elena Kagan wrote this on regarding immigrants obtaining a green cards status….simple description….NO, they can’t have one.

And remember –> The Trump administration has ordered an end to TPS benefits for nearly all immigrants who had them, stating that the program is meant to provide temporary rather than long-term relief. But a series of lawsuits challenging the administration’s decision have blocked those orders from taking effect, giving the vast majority of these immigrants a reprieve until early 2021. 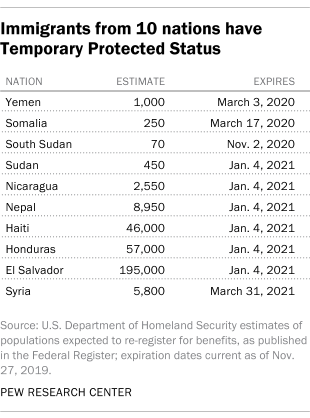 The Supreme Court on Monday dealt a setback to hundreds of thousands of immigrants who have so-called temporary protected status, ruling they can’t have a green card if they entered the country illegally.

That means TPS recipients who entered the county legally as students or tourists, and stayed under TPS may obtain a green card, said Justice Elena Kagan. But the same is not true of those who entered illegally.

“Because a grant of TPS does not come with a ticket of admission,” she wrote in Sanchez vs. Mayorkas, “it does not eliminate the disqualifying effect of an unlawful entry.”

Temporary protected status has been extended to about 320,000 immigrants from El Salvador, Haiti, Honduras, Nepal, Nicaragua and Sudan.

But lower courts had been divided over whether these migrants, many of whom have lived here for decades, may apply for and receive lawful permanent status. Four years ago, the 9th Circuit Court in California ruled that TPS recipients were eligible for green cards even if they entered the country illegally.

The case decided by the Supreme Court began when Jose Sanchez and his wife, Sonia Gonzalez, sought green cards. They arrived from El Salvador in the late 1990s, established lives and careers in New Jersey and had four sons. But they were not lawfully admitted.

Kagan said Congress is considering legislation that would allow such TPS recipients to obtain lawful permanent resident status, but only Congress, not the court, can change the law in this respect.

“Sanchez was not lawfully admitted, and his TPS does not alter that fact,” she wrote. “He therefore cannot become a permanent resident of this country.”

When can the Secretary designate a country for TPS?

The Secretary can designate a country for TPS due to:

Who is eligible for TPS?

TPS can be granted to an individual who is a national of a designated country, has filed for status during a specified registration period, and who has been continuously physically present in the U.S. since a designated date.

What are the benefits of TPS?

During a designated period, TPS holders are:

How many individuals are currently granted TPS?

The U.S. currently provides TPS to over 400,000 foreign nationals from the following countries, not including individuals from Venezuela and Burma as they were just recently designated:

Where do TPS holders live?

We have no idea how many people have been granted TPS, there are only estimates as noted here. 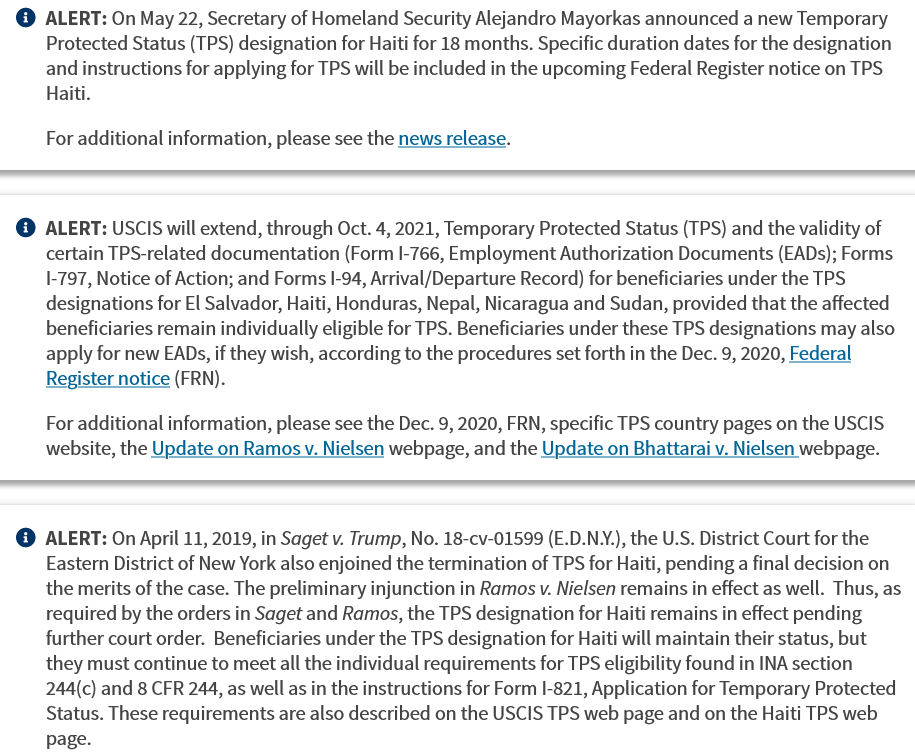