Seven six-month-old Beagle puppies were forced to wear a drug-injecting jacket that allowed them to be dosed with cocaine again and again and again for months, along with an ‘experimental compound,’ to see how the two drugs interacted.

The year-long experiment, which began in September 2020, was filmed so research could evaluate the puppies’ adverse reactions” to the drugs. Prior to the drugs being administered, the puppies were forced to undergo surgery, where they were implanted with a “telemetry unit” to monitor their vital signs throughout the experiment. 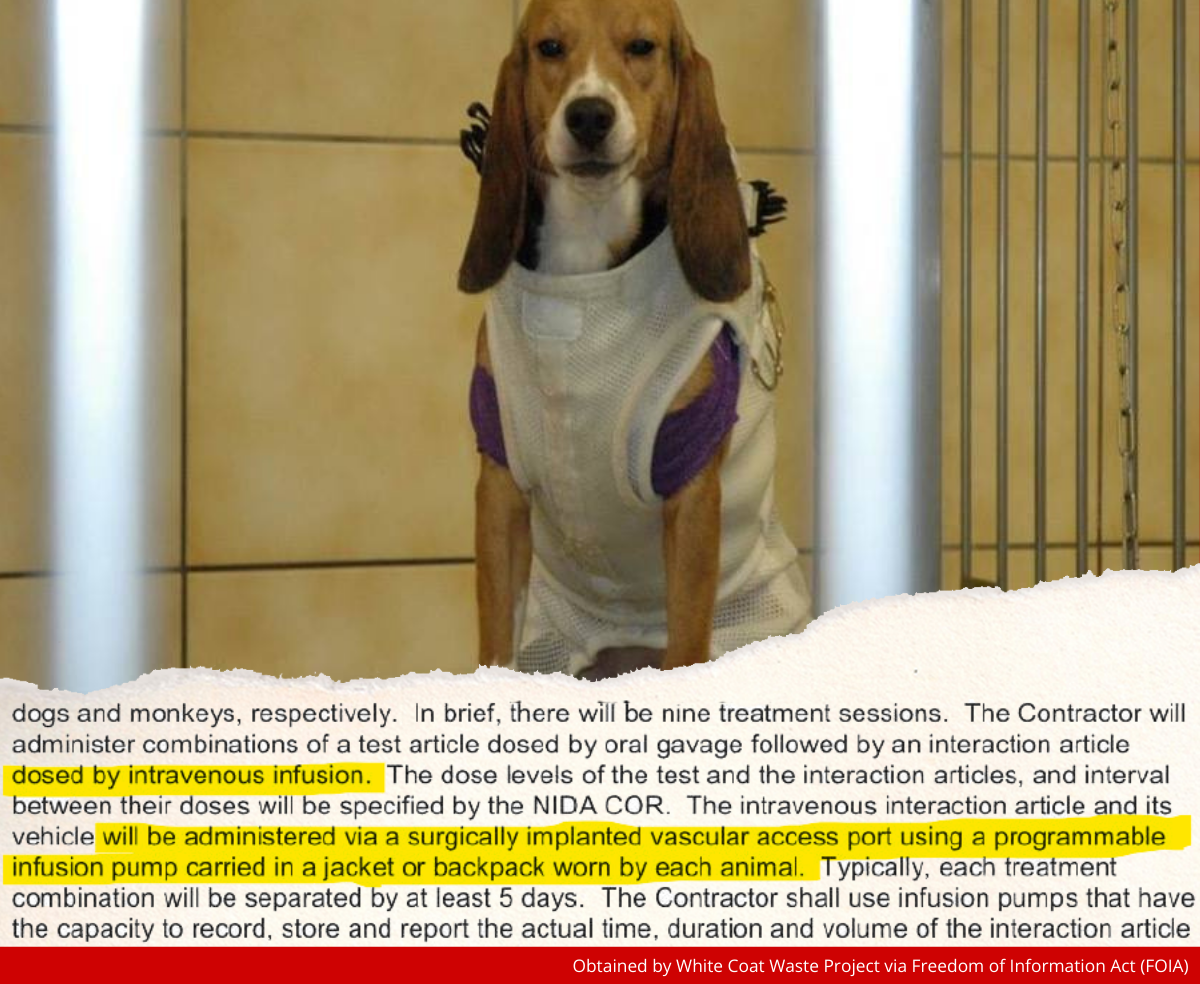 The study was funded by the National Institutes of Health’s (NIH) Institute on Drug Abuse and costed taxpayers of $2.3 million. More here.

But hold on…Dr. Fauci…Frankenstein was up to more disgusting funding….

The National Institutes of Health (NIH) is funding $27 million in studies marked for use of fetal tissue, according to a new analysis.

The White Coat Waste Project (WCW), which opposes animal experimentation, looked through NIH data to uncover the scope of funding, which includes support for things like transplanting fetal lungs, liver and thymus into mice.

The majority of the reported funding – 79.6% – comes from the National Institute of Allergy and Infectious Diseases (NIAID), which is run by White House Chief Medical Adviser Dr. Anthony Fauci. Overall, NIH expects to spend $88 million on this type of research in fiscal year (FY) 22.

NIH and the Department of Health and Human Services (HHS) did not respond to Fox News’ requests for comment.

Fauci’s institute has come under fire for research surrounding the coronavirus, among other things. More recently, WCW uncovered an experiment in which dogs were injected with cocaine. Other experiments involving humanized mice have surfaced.

One study involved humanizing mice through “reconstitution with human fetal liver (17 to 22 weeks of gestational age).” So far, that project has received funding through multiple NIAID grants, including one with more than $20 million between 2014-2018.

Another study, funded by the National Eye Institute, entailed studying fetal eye cells. That study says the eye cells were obtained from Advanced Biosciences Resources, which has come under fire for its connections to Planned Parenthood. Fetal lungs were also incorporated as part of federally funded research with the University of Wyoming and University of North Carolina – Chapel Hill.

The issue will likely continue to gain political attention as legislators learn more about various research projects, including those involving human-animal hybrids. Last year, the Senate rejected an amendment geared toward criminalizing participation in research that created certain chimeras, or human-animal hybrids, in expectation that the federal government could lift a moratorium on funding for those projects.

Gotta wonder how come not one person in the Biden administration has been critical of this abuse…but we certainly understand why so many loyal religious groups have filed lawsuits and pushed back. What about the Vatican….anyone???