We have watched for years the chaos at the U.S. Southern border with Mexico. While there is has been a single focus on Latin Americans crossing into the United States, very little has been reported about the volume of Chinese. This should stimulate some critical thinking and questions.

Is this espionage, operatives or the building of a force for other reasons? In February of 2020, NBC News was asking some of the same questions.

A Chinese student walked around a perimeter fence at a U.S. naval base in Key West, taking pictures of government buildings. Stopped by police, he said he was trying to capture images of the sunrise. 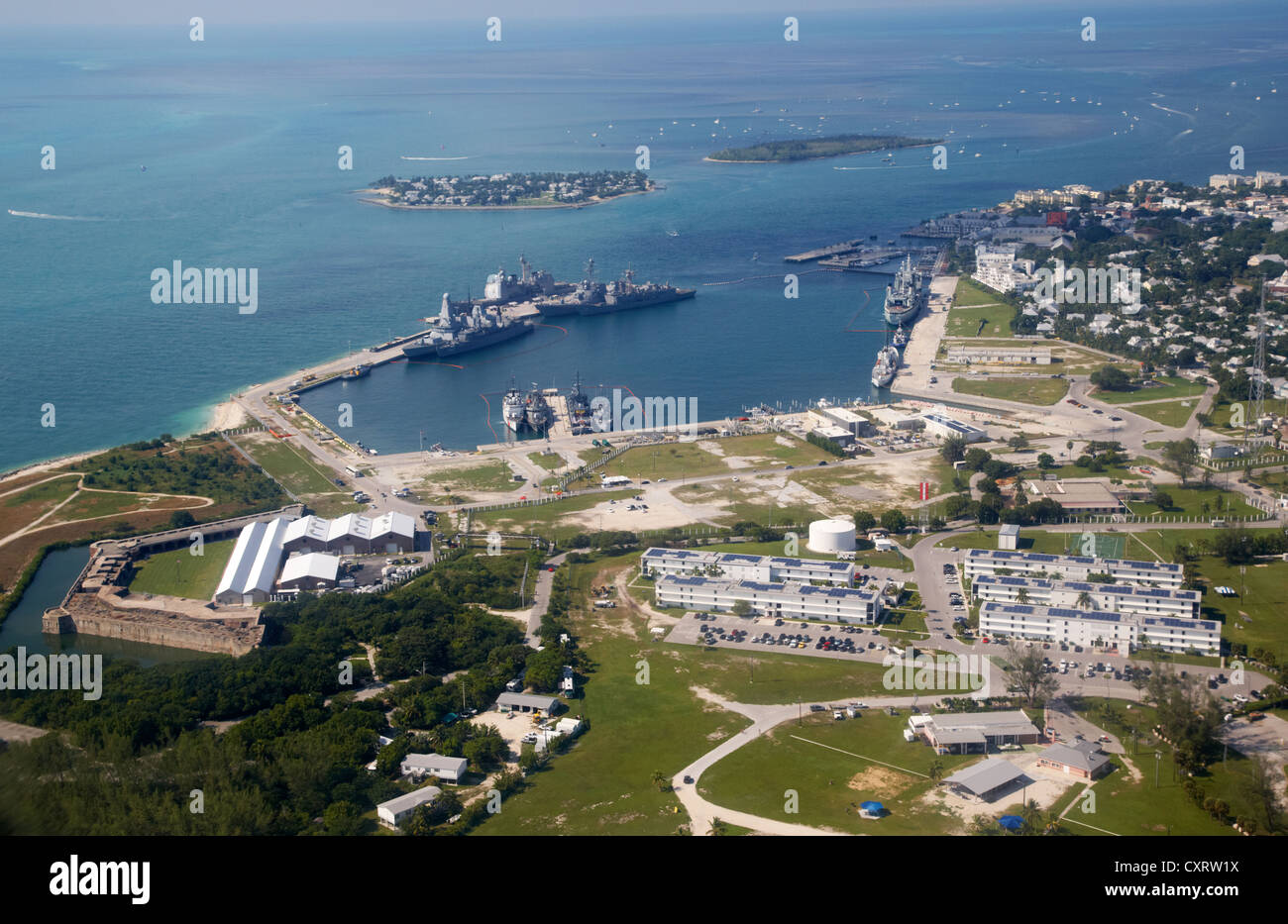 And nine days after that, two more Chinese students drove past a guard at the same naval base. When stopped by security 30 minutes later, they voluntarily displayed the videos and photos they had taken of the base.

The first Chinese student arrested at the naval base in Key West was Zhao Qianli, 20, who was taken into custody on Sept. 26, 2018.

Zhao entered the base by walking along the facility’s secure fence line and trudging through the beach, court documents say.

Zhao headed directly to the Joint Interagency Task Force South property, according to court records, where he took several photographs on his Motorola cellphone and his Canon EOS digital camera.

His devices contained photos and videos of sensitive equipment at the facility’s “antenna farm,” as well as images of warning signs that read “Military Installation” and “Restricted Area,” according to court documents.

Zhao initially told military police that he was “lost” and that he was a “dishwasher from New Jersey.” In later conversations with the FBI, Zhao said he traveled to Key West to “see the sights, such as the Hemingway House,” but there were no images of tourist attractions on his phone, according to his sentencing memo.

Zhao admitted to receiving military training as a university student in China and was found to have a “police blouse” and a People’s Republic of China Interior Ministry belt buckle at his hotel, the memo says.

Smuggling Chinese across the southern U.S. border appeals to traffickers because it is more lucrative than smuggling individuals from Mexico or Central America. A longer journey commands a steeper price and the going rate per person is believed to be somewhere between $50,000 and $70,000; the total value of the trade for the Chinese mafias involved has been estimated at $750 million.

The role of Chinese mafia groups (triads) in bringing migrants across the border has also deepened their exposure to and ties with Latin American narcotics cartels, both in human smuggling and beyond.

An “alliance between Chinese and Latin American smuggling rings” was noted as early as 1993, but today the scope of this “alliance” encompasses not just smuggling, but also other illicit activity including the sale of drug precursors from Asia and pirated materials.

In Mexico, contact between triads and cartels occurs in various regions, including those ruled by the ruthless Los Zetas syndicate and the Gulf and Juarez cartels, depending on what routes are used for migrants. Triad groups are believed to operate in the Mexican state of Chiapas and the Red Dragon triad, which operates in Peru, is involved not only in smuggling, but also in extortion and drug trafficking within Latin America. The wide-ranging activities of transnational organized crime groups generate additional law enforcement concerns beyond border security.

But it is important to look to the other side of our country, the area of the Bahamas and South Florida. A few islands in the Bahamas are now fully owned by China, one such island is Bird Cay. From Forbes in 2019 in part:

“China has set its sights on The Bahamas and has invested billions of dollars in building new infrastructure and industry across the country.

Plus, “Reports show that over 200,000 Chinese are illegally smuggled into the Caribbean every year to open their shops or work at Chinese businesses, with many sending their money back to China.”

However, the local government doesn’t see how it’s in a good position to do anything about it since Chinese state banks are simultaneously flooding the islands with tens of millions of dollars… even going so far as to finance new ports there. 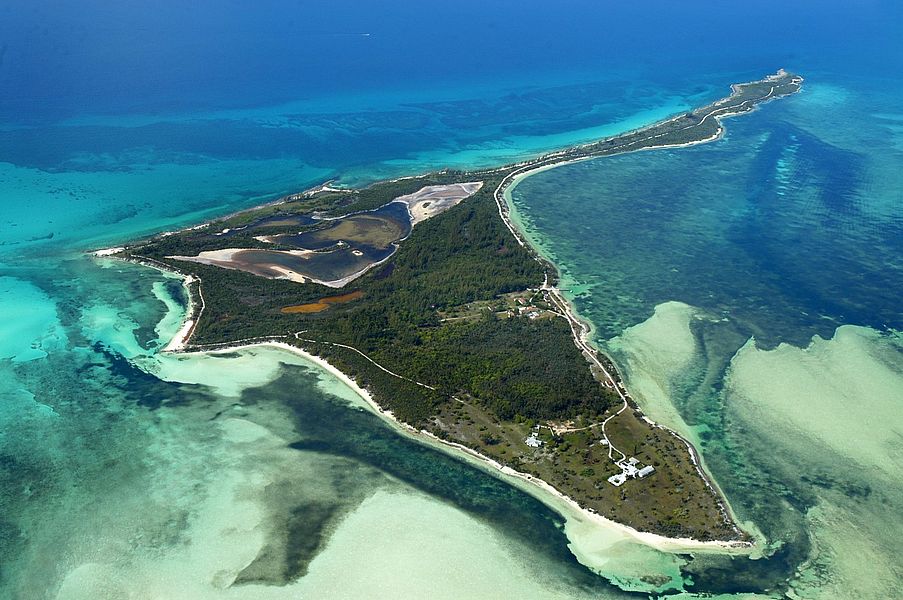 Hold on, there is South Florida where those smuggled Chinese are making their way into the United States aboard some very expensive yachts.

Dozens of Chinese nationals without proper papers have been smuggled from the Bahamas to South Florida by operators of luxury yachts who are charging them thousands of dollars each for the short Atlantic journey, according to federal criminal cases.

In recent instances, the Coast Guard stopped two vessels approaching the South Florida shore, leading to the arrests of three men accused of transporting a total of 26 Chinese passengers and one Bahamian, court records show. The alien smuggling operations were not related, however.

Rocco Oppedisano, a 51-year-old Italian national, is scheduled for arraignment in Miami federal court Wednesday on charges of conspiring to transport aliens into the United States and bringing them here for financial gain. Oppedisano told a magistrate judge this week that properties he once owned in the Northeast have been sold along with his Mercedes-Benz, Porsche and Fiat vehicles to pay for legal costs over his immigration troubles.

Oppedisano was stopped by the Coast Guard on Dec. 2 while he was commandeering a 63-foot Sunseeker yacht named INXS FINALLY with 14 Chinese passengers and one Bahamian, according to an indictment. Among the passengers was a Chinese national, Ying Lian Li, who was deported last April but tried to re-enter the country.

It is unclear why these Chinese nationals — unlike Cubans and Haitians smuggled here in both go-fast and rickety boats in the past — sought to come to South Florida. But over the past five years, the Bahamas has experienced an influx of Chinese workers flocking to the archipelago as part of a push by China to invest in the country’s hotel, tourism and trade industries.

In the other alien smuggling case, a Coast Guard cutter encountered a 70-foot Hatteras yacht about 20 miles east of South Florida on July 23, when officers radioed the vessel to ask how many people were on board. The yacht’s response: two crew and eight Japanese passengers with passports, who did not need additional visas to enter the United States.

It was all a lie, according to a Homeland Security Investigations criminal affidavit.

About 10 miles east of Port Everglades, Coast Guard officers boarded the yacht and asked crew member Robert L. McNeil Jr. to bring all the passengers on deck. The officers counted 12 passengers with passports from the People’s Republic of China but without required visas to enter the United States, according to the HSI affidavit.

During questioning, Bradford said he left South Florida on the Hatteras yacht bearing the name CAREFREE on July 22 and arrived in Nassau, Bahamas, that day. He admitted that the purpose of the trip was to pick up a “tour group of aliens” in the Bahamas, transport them to South Florida and return to the Bahamas on July 26.

Bradford, who has been a charter captain for decades, said “he never checked to see if the passengers had proper documents to come to the U.S.,” according to the affidavit.

A search of the yacht uncovered 10 cellphones in the bridge area; none of the Chinese nationals had mobile phones on them.

“Based on my knowledge and experience in human smuggling cases, smugglers often collect cell phones from migrants until they are paid for delivering the migrants to the U.S.” wrote HSI special agent David Jansen, who added that none of the passengers carried any luggage.

The search also uncovered $118,100 hidden behind the wall paneling of the yacht’s master bedroom, the affidavit said. Investigators also seized more than $2,800 from McNeil.

Both Bradford and McNeil were indicted on charges of conspiring to transport aliens into the United States and bringing them here for financial gain. To resolve his case, McNeil pleaded guilty earlier this month to one count of alien smuggling to make a profit. He faces up to 10 years in prison.

The Hill says this is a disturbing trend.

While it’s unclear why these Chinese nationals sought to come to South Florida, the move is part of a larger five-year trend in the region. The Bahamas has seen a surge of Chinese workers as China invests in the archipelago’s hospitality and tourism industries. China’s presence in the Bahamas reportedly stems from a burgeoning relationship between the two countries, after China provided disaster relief in a bid to establish trade.