Primer: The Chinese consulate in San Francisco is harboring a biology researcher who falsely denied connections to the Chinese military to obtain a visa and gain access to the country, according to court documents filed by the FBI.

The filing came as part of a document that cited a slew of other episodes in which Chinese nationals allegedly lied on their visa applications by hiding their military connections. More details. 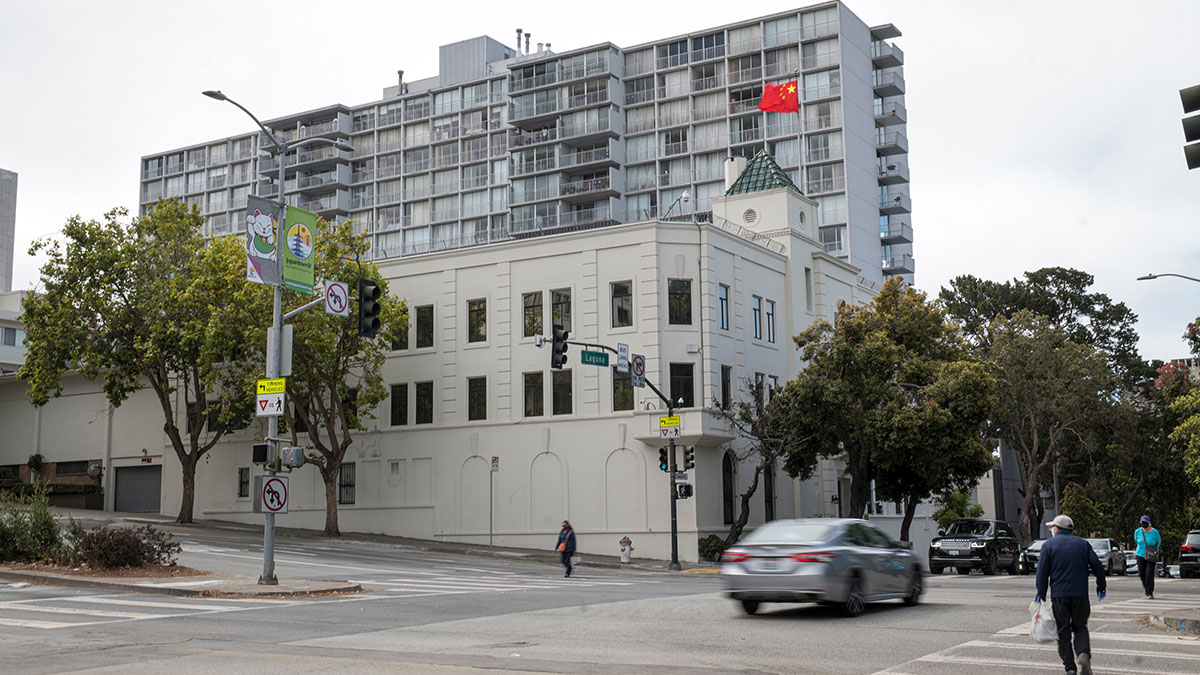 Every country spies. And many countries — including the U.S. — use their diplomatic outposts to do it. But for years, China has used its embassies and consulates to do far more than that.

Why it matters: The Trump administration’s recent hardline stance against China’s illicit consular activities is a public acknowledgment of real problems, but it comes at a time when U.S.-China relations are already dangerously tense.

The Chinese government has long used its embassy and consulates in the U.S. to exert control over student groups, collect information on Uighurs and Chinese dissident groups, and coordinate local and state level political influence activities.

Surveilling Uighurs: Leaked classified Chinese government documents have revealed that Chinese embassies and consulates are complicit in the ongoing cultural and demographic genocide against Uighurs.

Supporting United Front organizations: Chinese diplomatic officials regularly meet with leaders of U.S.-based organizations tied to the United Front Work Department, the political influence arm of the CCP, and preside over the ceremonies and banquets held by these organizations.

The bottom line: Dealing with bad behavior by diplomats is a highly sensitive geopolitical issue that can easily result in damaged relations.

Go deeper … Mapped: Where U.S. and Chinese embassies and consulates are located

In part, how big a problem does the U.S. have regarding Chinese spies around the nation?

To achieve its goals and surpass America, China recognizes it needs to make leaps in cutting-edge technologies. But the sad fact is that instead of engaging in the hard slog of innovation, China often steals American intellectual property and then uses it to compete against the very American companies it victimized—in effect, cheating twice over. They’re targeting research on everything from military equipment to wind turbines to rice and corn seeds.

Through its talent recruitment programs, like the so-called Thousand Talents Program, the Chinese government tries to entice scientists to secretly bring our knowledge and innovation back to China—even if that means stealing proprietary information or violating our export controls and conflict-of-interest rules.

Take the case of scientist Hongjin Tan, for example, a Chinese national and American lawful permanent resident. He applied to China’s Thousand Talents Program and stole more than $1 billion—that’s with a “b”—worth of trade secrets from his former employer, an Oklahoma-based petroleum company, and got caught. A few months ago, he was convicted and sent to prison.

Or there’s the case of Shan Shi, a Texas-based scientist, also sentenced to prison earlier this year. Shi stole trade secrets regarding syntactic foam, an important naval technology used in submarines. Shi, too, had applied to China’s Thousand Talents Program, and specifically pledged to “digest” and “absorb” the relevant technology in the United States. He did this on behalf of Chinese state-owned enterprises, which ultimately planned to put the American company out of business and take over the market.

In one of the more galling and egregious aspects of the scheme, the conspirators actually patented in China the very manufacturing process they’d stolen, and then offered their victim American company a joint venture using its own stolen technology. We’re talking about an American company that spent years and millions of dollars developing that technology, and China couldn’t replicate it—so, instead, it paid to have it stolen.

And just two weeks ago, Hao Zhang was convicted of economic espionage, theft of trade secrets, and conspiracy for stealing proprietary information about wireless devices from two U.S. companies. One of those companies had spent over 20 years developing the technology Zhang stole.

These cases were among more than a thousand investigations the FBI has into China’s actual and attempted theft of American technology—which is to say nothing of over a thousand more ongoing counterintelligence investigations of other kinds related to China. We’re conducting these kinds of investigations in all 56 of our field offices. And over the past decade, we’ve seen economic espionage cases with a link to China increase by approximately 1,300 percent.

The stakes could not be higher, and the potential economic harm to American businesses and the economy as a whole almost defies calculation. More details here.