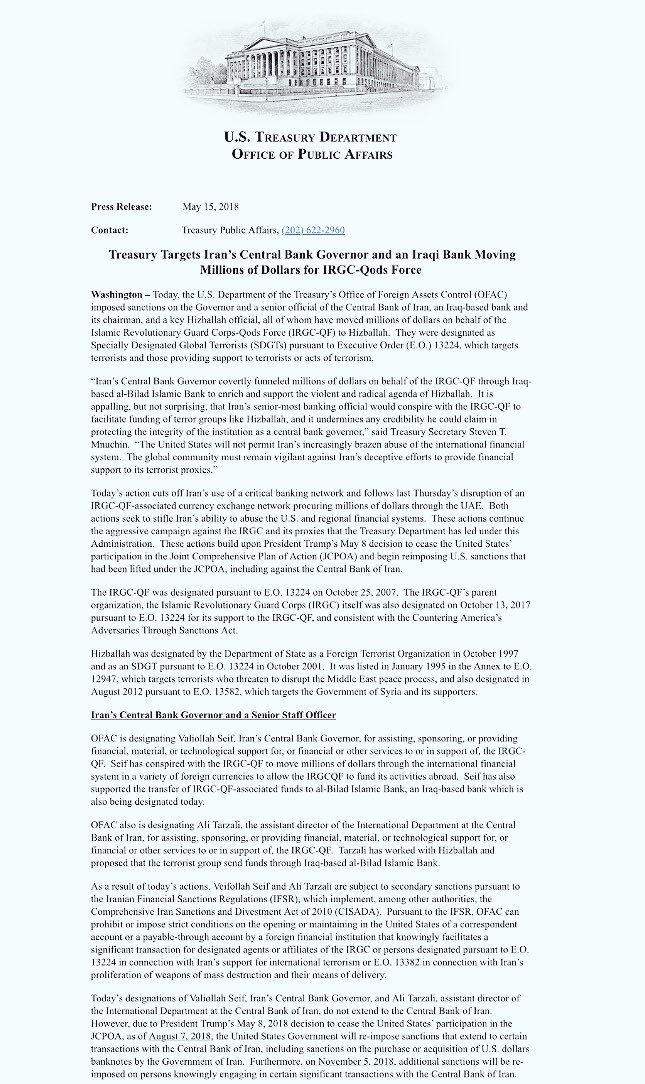 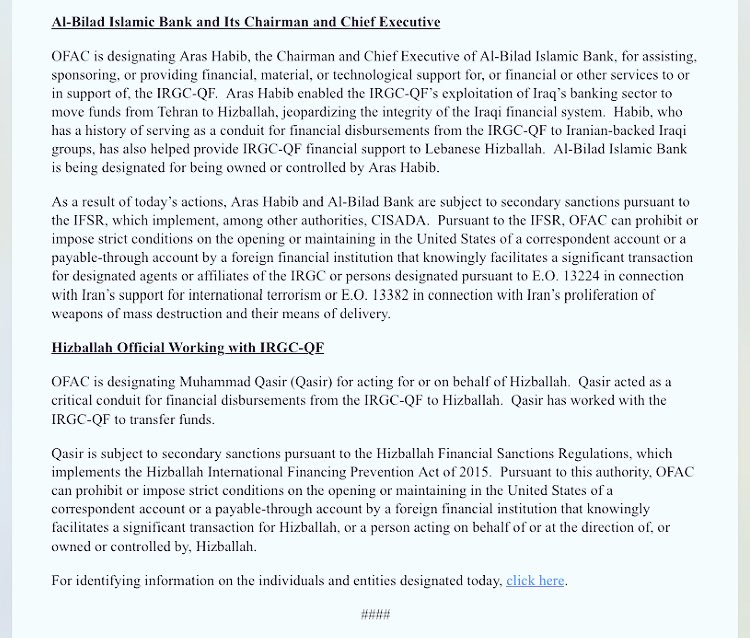 We are still at war in the Middle East where Iran with proxies is the real and virtual enemy. The United States uses proxies as well, yet the United States near term and long range strategy remains fleeting.

The talks that continue between Iran and Europe on the JCPOA should include Iran’s war operation in the Middle East.

For related reading: How Iran Spreads Its Empire through Terrorist Militias, In Lebanon, Iraq, Yemen, and elsewhere, Tehran has perfected the art of gradually conquering a country without replacing its flag.

Going forward for the United States:

Implications and Future Research
The unwillingness of the United States and its GCC partners to use their vast conventional military superiority has shifted the balance of power in the region from the conventional to the unconventional realm. Iran then relies on its willingness to assume more risk and its ability to better influence proxies than its adversaries, to achieve favorable foreign policy outcomes despite the opposition of the United States and its Arab allies. The use of proxy groups fundamentally decreases the physical cost a state incurs due to conflict. However, when the soldiers of a state die advising and assisting these proxies, it is more difficult to justify domestically, because using proxies signals that the objectives are not important enough to warrant decisive intervention. Therefore, states are most successful when they use proxies not as a cost-reduction mechanism alone but because proxies
are better able to achieve the desired end than conventional military forces. If the United States is unwilling to risk additional battle deaths or domestic political repercussions to prevent Iran from projecting power across the Middle East, then it must instead apply cost-imposing strategies.
Increasing the effectiveness of special operations forces from allied Arab states through intelligence sharing, kinetic strikes, training, and attached American advisors, while encouraging deployments of these elements to areas where Iranian advisors and IRGC units operate, would increase the human cost of Iranian activities. In addition to targeting Iran’s primary efforts in Iraq and Syria, these partnered operations should also confront peripheral Iranian efforts throughout the Gulf, including Yemen, in order to exploit the weakness of Iranian popular support for its presence therein. By working through Arab partners, the United States can apply the indigenous force necessary to confront Iranian proxies, while increasing the likelihood that Arab states achieve a confluence of shared ideology and objectives with their proxies, which eludes the United States
as a separate actor. Saudi and Emirati support to Yemeni military units recapturing the port of Aden and the Bab al-Mandab Strait serve as good examples of the type of effort the United States should expand.
In addition to combating Iranian proxy groups directly, targeting the ground, air, and sea logistical routes that the IRGC Quds Force uses to supply its proxies would affect Iran’s ability to support its efforts in the region. As long as Iran continues to rely on a domestically based force projection model, its network is vulnerable to air strikes, raids, and sabotage. An expanded network of friendly proxies partnered with US and allied
-Arab advisors would be ideally suited to facilitating this type of targeting.
Complete text, context and summary is found here.
The author is: Maj. Alex Deep is an assistant professor in the Department of Social Sciences at the United States Military Academy at West Point. He is a Special Forces officer with ten years of service and multiple deployments to Afghanistan in conventional and special operations task forces. He served as a rifle platoon leader and company executive officer in the 173rd Airborne Brigade Combat Team prior to completing Special Forces Assessment and Selection and subsequently the Special Forces Qualification Course. He then served as a Special Forces detachment commander and battalion assistant operations officer in 1st Battalion, 3rd Special Forces Group (Airborne). He currently teaches SS307: Introduction to International Relations. Deep holds a Bachelor of Science in American Politics and Arabic from the United States Military Academy at West Point and a Master of Arts in Strategic Studies and International Economics from the Johns Hopkins University School of Advanced International Studies.