When social media sites like Google, Facebook, YouTube or Twitter terminate accounts over  subjective decisions due to ‘offensive’ material, there is very little the user can do to fight back. Most users complain among themselves and give up the fight immediately. Others file a challenge and the success rate is slim.

So, social media tech companies are privately owned except for Google and Google should be made to answer when it comes to videos that are moved from YouTube. 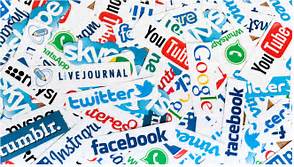 The left, the liberals and the Marxists launched a 1st Amendment battle that few are set to confront to our own peril.Frankly there should be congressional hearings where these tech company officials should be required to answer on the record just how and why these random decisions are made. Further, if a tech company regulates free speech and content, they are self described as utility companies….agree?

There are some reasonably strong arguments that the biggest online services today are similar to traditional public utilities due to their high market share, network effects, and difficulty for consumers to live without the service.  On the other hand, the old public utility approach to regulation had numerous flaws, and does not adapt readily to high-innovation markets where competition is typically based on factors other than price.

Rather than fitting public utility models for electricity or airline pricing, the emerging calls for regulation bear a closer resemblance to some of the Federal Communications Commission’s past efforts to use its public utility authority to regulate television content. The growing calls for online services to take down ISIS and other terrorist communications can be seen as an update to the FCC’s prohibitions on profanity (George Carlin’s “seven dirty words”) and broader historical efforts to prohibit indecent content.  The calls for limits on fake news can similarly start to resemble a modern-day Fairness Doctrine, where “fake news” is unfair and blocked, while “real news” is fair and goes out to viewers.    Read more here from Lawfare.

We do have a champion on this argument…..

Prager said in a statement that his company believes the internet giants are trying to squelch “conservative political thought” by restricting access to or demonetizing PragerU videos.

How did this all start?

How about an example?

What did YouTube/Google have to say?

Which PragerU videos have been affected?

How has PragerU been impacted?

What does PragerU want?

Here’s a look at another restricted PragerU clip: