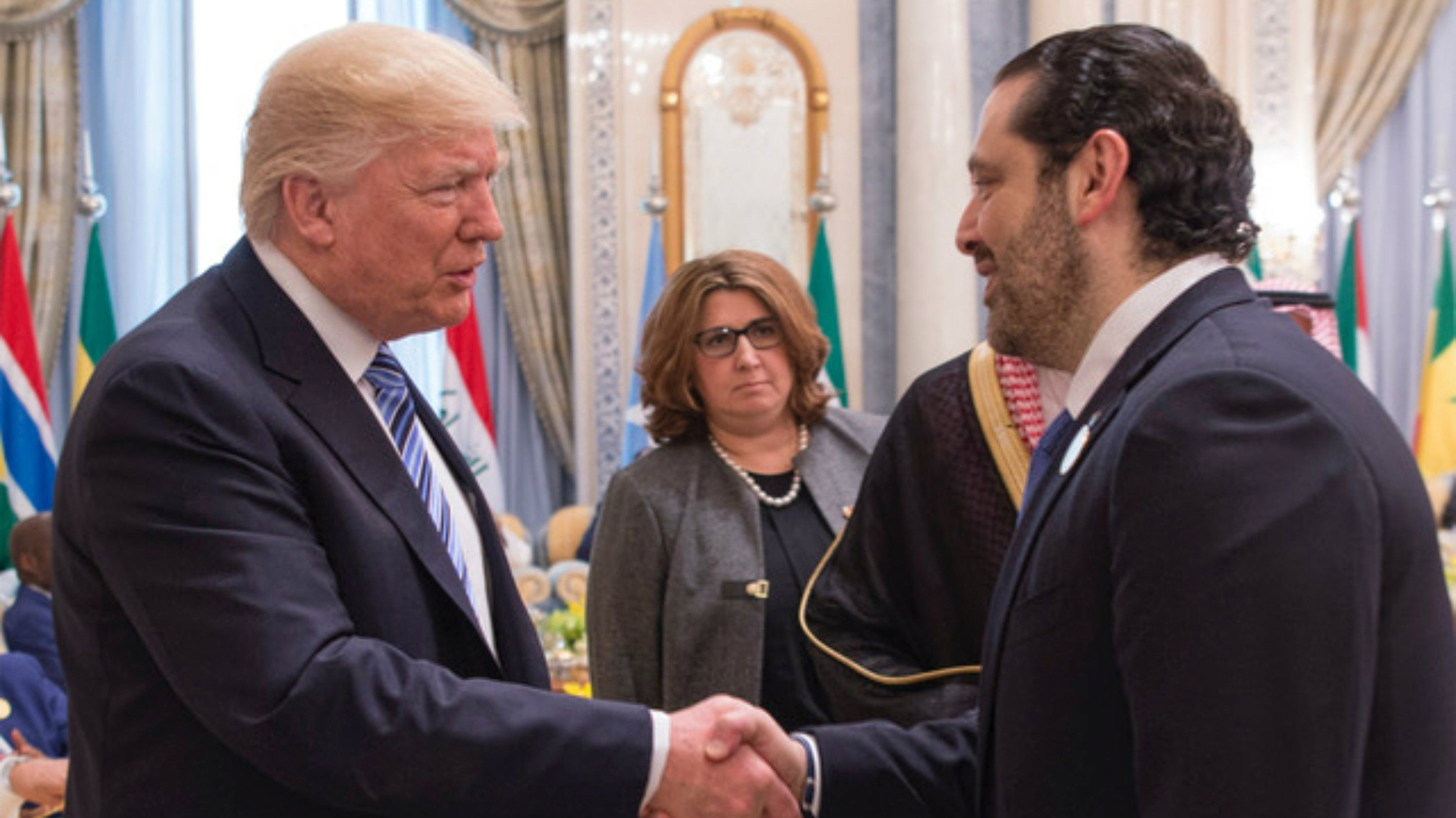 It is all about Iran…. 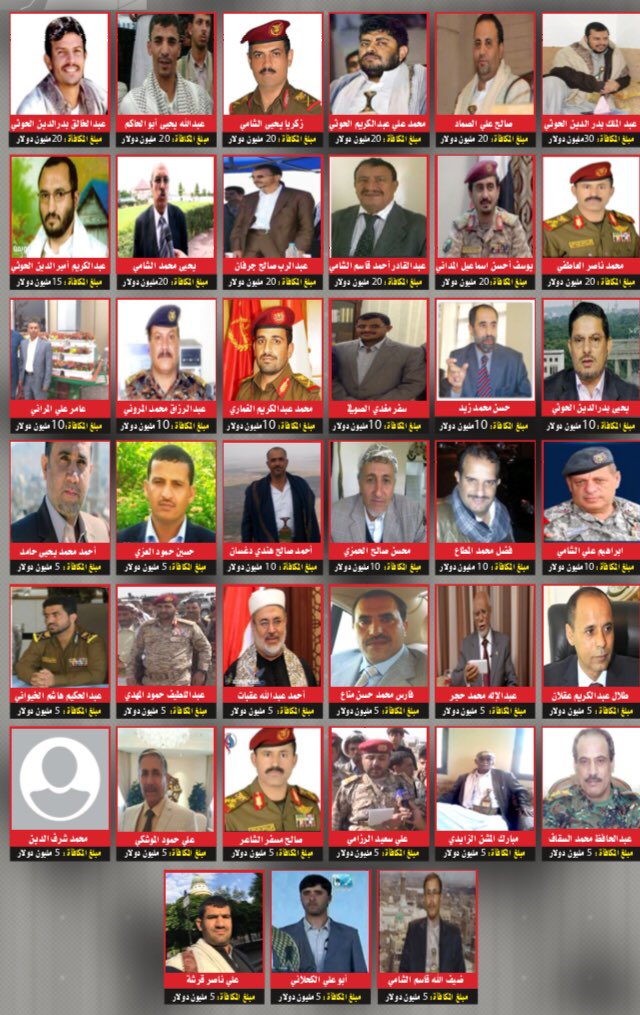 Saudi Arabia reveals list of wanted members of the terrorist Iranian militias in the region including Yemen.

What did President Trump know or what was he told?

BEIRUT (Reuters) – Saudi Arabia accused Lebanon on Monday of declaring war against it because of aggression by the Iran-backed Lebanese Shi‘ite group Hezbollah, a dramatic escalation of a crisis threatening to destabilize the tiny Arab country.

Lebanon has been thrust to the center of regional rivalry between Saudi Arabia and Iran since the Saudi-allied Lebanese politician Saad al-Hariri quit as prime minister on Saturday, blaming Iran and Hezbollah in his resignation speech.

Saudi Gulf affairs minister Thamer al-Sabhan said the Lebanese government would “be dealt with as a government declaring war on Saudi Arabia” because of what he described as aggression by Hezbollah.

Faulting the Hariri-led administration for failing to take action against Hezbollah during a year in office, Sabhan said “there are those who will stop (Hezbollah) and make it return to the caves of South Lebanon”, the heartland of the Shi‘ite community.

In an interview with Al-Arabiya TV, he added: “Lebanese must all know these risks and work to fix matters before they reach the point of no return.”

He did not spell out what action Saudi Arabia might take against Lebanon, a country with a weak and heavily indebted state that is still rebuilding from its 1975-90 civil war and where one-in-four people is a Syrian refugee.

There was no immediate comment from the Lebanese government.

Hezbollah is both a military and a political organization that is represented in the Lebanese parliament and in the Hariri-led coalition government formed last year.

Its powerful guerrilla army is widely seen as stronger than the Lebanese army, and has played a major role in the war in neighboring Syria, another theater of Saudi-Iranian rivalry where Hezbollah has fought in support of the government.

Lebanese authorities said on Monday the country’s financial institutions could cope with Hariri’s resignation and the stability of the Lebanese pound was not at risk.

But the cash price of Lebanon’s U.S. dollar-denominated bonds fell, with longer-dated maturities suffering hefty losses as investors took a dim view of the medium- to longer-term outlook for Lebanon.

Hariri cited a plot to assassinate him during his unexpected resignation speech broadcast from Saudi Arabia which caught even his aides off guard. He also slammed Hezbollah and Iran, accusing them of sowing strife in the Arab world.

Hezbollah leader Sayyed Hassan Nasrallah has said he will not comment on Hariri’s speech, calling it a “Saudi statement” and saying Riyadh had forced Hariri to resign.

The sudden nature of Hariri’s resignation generated speculation in Lebanon that his family’s Saudi construction business had been caught up in an anti-corruption purge and he had been coerced into resigning. More here.

Western intelligence services warned Lebanon’s former Prime Minister Saad al-Hariri of an assassination plot against him, thus prompting him to resign on Sunday, according to Saudi news media. Hariri is a Saudi-born Lebanese politician, reputed to be one of the world’s wealthiest people. He is the second son of the late Rafiq Hariri, who ruled Lebanon for much of the 1990s but was assassinated in 2005. Saad al-Hariri spent most of his life in Saudi Arabia, the United States and France, but returned to Lebanon in 2014 to lead the Future Movement, a center-right political party supported by Sunni Muslims and some Christians. He became prime minister in 2016.

On Friday, Hariri flew from Beirut to Riyadh for a scheduled high-level visit. But on Sunday he shocked the Arab world by announcing his resignation from the post of prime minister. He did so in a surprise television address from the Saudi capital, which was broadcast live in Lebanon. Hariri told stunned Lebanese audiences that he was resigning in order to protect himself from a plot that was underway to assassinate him. He added that the political climate in Lebanon was intolerably tense and reminded him of the conditions that led to the assassination of his father 12 years ago. He also accused Iran and Hezbollah of acting as the primary destabilizing factors in Lebanon and much of the Middle East. Hariri and his supporters believe that Hezbollah was behind his father’s assassination in 2005. There was intense speculation in Lebanon on Monday that Hariri would remain in Saudi Arabia for the foreseeable future, fearing for his life if he returned to Lebanon.

On Sunday, the Saudi-based newspaper Asharq al-Awsatclaimed that Hariri decided to resign after he “received warnings from Western governments” that there would be an assassination plot against him. The newspaper did not name the Western governments, nor did it identify those who are allegedly trying to kill Hariri. Later on Sunday, Saudi television station al-Arabiya al-Hadath alleged that an assassination attempt against Hariri had been stopped at the last minute in the Lebanese capital Beirut earlier in the week. Both news media cited “sources close” to the Lebanese leader, but did not provide specific information, nor did they give details of the alleged plot or plots. It is worth noting, however, that Lebanese security officials denied these reports from Riyadh. Lebanese media quoted senior security official Major General Abbas Ibrahim as saying that no information about assassination plots had been uncovered. Major Ibrahim, who heads Lebanon’s General Directorate of General Security, said that his agency had no information about attempts to kill Hariri or other Lebanese political figures.

This could mean that the information about a possible assassination plot against Hariri was given directly to him by Western intelligence agencies, probably because the latter fear that Lebanese security agencies are infiltrated by Hezbollah sympathizers. Or it could mean that the Saudi media reports are inaccurate. Lebanon is now awaiting further details by Hariri regarding the alleged assassination plot against him. In the meantime, the already fragile political life of Lebanon appears to be entering a period of prolonged uncertainty.