Factually, Conservative/Republican votes have been minimized…this is a whole other level of collusion/conspiracy under the guise of free speech…but read on.

Primer: Georgia/The Fulton County Board of Commissioners voted to accept a $6.3 million grant from the Mark-Zuckerberg funded Center for Technology and Civic Life “Safe Elections” project at a September 2, 2020 board meeting. It proceeded without asking a single question about the name of the group providing the funding, the origin of the funding, or the details of what the funding would be used for.

Here is the report on the clawback provisions Zuclerberg demanded if his money was not used as he required.

It begins with the Center for Technology and Civic Life (CTCL), which received nearly $400 million from Zuckerberg. Zuckerberg began the sizeable donations is September boost resources for local election officials, such as additional polling places and ballot drop boxes. Four federal lawsuits were filed in late September by Michigan’s Election Integrity Fund, by the Wisconsin Voters’ Alliance, by the Minnesota Voters’ Alliance, and by two Pennsylvania congressional candidates and several state house members. The lawsuits contend federal law prohibits local governments from accepting private federal election grants. Zuckerberg won the lawsuits in each case, so far.

The lawsuits focus on the Center for Tech and Civic Life spending about $26 million in grants across 12 cities in Michigan, Pennsylvania, Minnesota and Wisconsin, which combined cast over 75% off their two million votes in favor of Hillary Clinton in the 2016 election, according to the plaintiffs.

The suits contend the federal Right to Vote Act and the Help America Vote Act require states provide resources fairly and equally, thus should not allow cities to accept private donations in election processes — particularly if the donation appears results oriented. The suits state private parties and individuals are free to spend money directly on get-out-the-vote efforts but not seek a desired outcome through government election administration.

According to Influence Watch, the Center for Technology and Civic Life (CTCL) is: “a Chicago, Illinois-based center-left election reform advocacy group formed in 2012. The organization pushes for left-of-center voting policies and election administration. It has a wide reach into local elections offices across the nation and is funded by many left-of-center funding organizations such as the Skoll Foundation, the Democracy Fund, the John S. and James L. Knight Foundation, and the Rockefeller Brothers Foundation.

The organization boasts that more than 250 million voters have accessed its data and that CTCL acts as a major supplier of ballot data for tech giants Facebook and Google. Additionally, Rock the Vote, the Women Donors Network, and the Voting Information Project have all used data provided by CTCL

In August, 2020, CTCL announced that it had donated $6.3 million to five cities in Wisconsin, a swing state in the upcoming election. The organization explained that the funds are meant to ensure Wisconsin has a “safe, inclusive, and secure election.” CTCL recommended the recipient cities to “Encourage and Increase Absentee Voting,” “Dramatically Expand Strategic Voter Education & Outreach Efforts, Particularly to Historically Disenfranchised Residents,” “Launch Poll Worker Recruitment, Training and Safety Efforts,” and “Ensure Safe and Efficient Election Day Administration.” 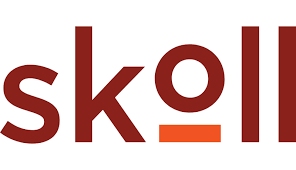 Voting is a fundamental lever for engaging in U.S. democracy—a key mechanism for the public to have their voices heard, hold officials accountable, and shape the future of their communities. However, the U.S. is facing a crisis in participation, with voter turnout rates among the lowest of comparable democracies and persistent inequities between those who are engaged in the voting process and those who are not. At the same time, the responsibilities of election officials are more complex than ever—the administration of U.S. elections is decentralized, with over 8,000 different entities at the state, county, and municipal levels with independent election roles.

Center for Tech and Civic Life (CTCL) is a team of civic technologists, trainers, researchers, and election administration and data experts working to foster a more informed and engaged democracy fit for the 21st century. It works to make voting more inclusive and secure, increase public confidence in the electoral process, and to ensure that voters are better informed. CTCL provides free and low-cost trainings and implementation tools for local election administrators to help modernize the voting process and better engage with voters—its trainings and professional development reach more election officials that any other organization. It publishes free, open-source civic datasets that are used in some of the most powerful tools that drive civic participation.

CTCL harnesses the promise of technology to modernize the American voting experience and believes that a civically engaged electorate creates thriving communities. CTCL sees a future where elected officials are more reflective of their constituents, government is more responsive to community needs, and citizens advocate effectively.

One of the top 3 leaders of the CTCL/Skoll based in Chicago is Whitney May. Her resume reads as follows:

Whitney May is Co-founder and Director of Government Services with the Center for Technology and Civic Life. She leads a team that’s building the best professional development network for election officials who want to learn about new ways to engage the public and keep up with changing technology. Prior to founding CTCL, Whitney served the Durham County Board of Elections in North Carolina from 2007 to 2012 then joined the New Organizing Institute to work on the Voting Information Project. Whitney holds a BA in Business Administration from Belmont University. Tiana Epps-Johnson is the Executive Director of the Center for Technology and Civic Life. She is leading a team that is doing groundbreaking work to make US elections more inclusive and secure. Prior to CTCL, she was the New Organizing Institute’s Election Administration Director from 2012 to 2015. She previously worked on the Voting Rights Project for the Lawyers’ Committee for Civil Rights. In 2015, Tiana joined the inaugural class of Technology and Democracy Fellows at the Ash Center for Democratic Governance and Innovation at the Harvard Kennedy School. In 2018, she was selected to join the inaugural class of Obama Foundation Fellows. Tiana earned a MSc in Politics and Communication from the London School of Economics and a BA in Political Science from Stanford University. Donny Bridges is Co-founder and Director of Civic Data of the Center for Technology and Civic Life. He leads a team that’s helping to make information about government and elections accessible to all Americans nationwide and developing the data infrastructure that civic engagement organizations need in order to have maximum impact. Prior to founding CTCL, Donny was the Election Administration Research Director at the New Organizing Institute from 2012 to 2015, where he developed his obsession with local government and its data. Donny holds BAs in Political Science and Philosophy from Stanford University.

More detail: The Skoll Foundation is a private foundation based in Palo Alto, California.

The total assets of the foundation (including its affiliated funds) are $1,127,000,000 as of the end of 2018. The foundation, which moved to its Palo Alto headquarters in 2004, also collaborated closely with the Skoll Global Threats Fund, established in 2009, to address climate change, pandemics, water security, nuclear proliferation, and conflict in the Middle East.

The partnership between the Obama Foundation and Skoll is resolute. David Simas seeks to “carry on the great, unfinished project of renewal and global progress” and oversee the construction of the Obama Presidential Center in Chicago, Illinois. Simas spoke at a panel discussion at the Skoll World Forum titled “Democracy in Crisis? Populism, Polarization, and Civic Engagement,” on ways to prevent and combat attacks from populist political entities or politicized media.

David Simas is the Chief Executive Officer of the Obama Foundation. A native of Taunton, Massachusetts, he was appointed Deputy Chief of Staff to Massachusetts Governor Deval Patrick in 2007. Simas then joined President Obama’s administration in 2009 as a Deputy Assistant to the President, working with senior advisors David Axelrod and David Plouffe. In 2012, he served as Director of Opinion Research for President Obama’s reelection campaign. Following the reelection, Simas returned to the White House as Assistant to the President and Director of the Office of Political Strategy and Outreach. Simas holds a B.A. in political science from Stonehill College and a J.D. from Boston College Law School. He serves on the national board of directors of OneGoal and lives in Chicago with his wife, Shauna, and their two daughters.