Insist that U.S. Border Patrol, ICE, the White House and DHS close the Southern Border NOW. There is disease, there are rapists, there are drugs and more. Any 9-11 type terrorists can hide within the crowded incursion, the insurgency in any Southern border state. Simply said, no one in government can ensure-guarantee our safety. That is a breech of oath and a violation of countless laws.

Barack Obama has delivered Iraq to ISIS, and Lebanon and Jordan are in the sites of the Caliphate. Syria is not save-able. Turkey will align with the ISIS mission when it is over. Israel has no chance except to go it alone. Iran is watching and calculating. 9-11 as we knew it in 2001 is another very real probability.

The Southern border of the United States and there is virtually no control there now, such that anyone is welcome, Barack Obama turned the light from yellow to green and there is a robust organized event underway that terrorists/jihadis are going to state departments of public safety to obtain driver licenses in Latin names to assimilate easier and under the guise of the graces of Barack Obama. 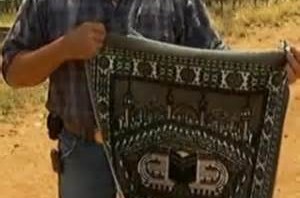 ISIS is the top terror organization globally, way beyond that of al Qaeda, AQAP. AQIM, Taliban and Ansar al Sharia where Haqqani is ranked just below ISIS.

The rules in ISIS’ new state: Amputations for stealing and women to stay indoors.

The Islamic State of Iraq and Syria (ISIS) is now effectively governing a large chunk of Iraqi territory. Considering this is a group that al-Qaeda broke ties with for being too extreme, that’s a pretty big deal.

Now, as a de-facto government, they have released a document aimed at civilians in Nineveh, a province in the country’s northeast that contains the major city Mosul. Branded a “Contract of the City,” the document contains 16 notes for residents.

Among the 16 notes are a number of rules ranging from the benign to the worrying. Here are some of the highlights (these are paraphrased, not direct translations):

The document is signed by the “Media Office for Ninawa Province.” You can read the full text in Arabic here.

In response the Kurdistan Regional Government’s (KRG) Deputy Minister of Peshmerga, Anwar Haji Osman, urged Arab tribes in the region “not to let their territories be used by the ISIS for shelling other areas.”

As ISIS forces take cities and claim to be close to Baghdad – after the Iraqi army collapsed and fled before a threatened onslaught by the militants — Kurdish forces slowly moved in to take control of major roads, as well as Kurdish-majority villages and towns.