The efforts of the Bush administration was intense over the ensuing three years, including exercises where cabinet officials gamed out their responses, but it was not sustained. Large swaths of the ambitious plan were either not fully realized or entirely shelved as other priorities and crises took hold.

“There was a realization that it’s no longer fantastical to raise scenarios about planes falling from the sky, or anthrax arriving in the mail,” said Tom Bossert, who worked in the Bush White House and went on to serve as a homeland security adviser in the Trump administration. “It was not a novel. It was the world we were living.”

According to Bossert, who is now an ABC News contributor, Bush did not just insist on preparation for a pandemic. He was obsessed with it.

“He was completely taken by the reality that that was going to happen,” Bossert said. In a November 2005 speech at the National Institutes of Health, Bush laid out proposals in granular detail — describing with stunning prescience how a pandemic in the United States would unfold. Among those in the audience was Dr. Anthony Fauci, the leader of the current crisis response, who was then and still is now the director of the National Institute of Allergy and Infectious Diseases.

Bush told the gathered scientists that they would need to develop a vaccine in record time.

“If a pandemic strikes, our country must have a surge capacity in place that will allow us to bring a new vaccine on line quickly and manufacture enough to immunize every American against the pandemic strain,” he said.

Bush set out to spend $7 billion building out his plan. His cabinet secretaries urged their staffs to take preparations seriously. The government launched a website, www.pandemicflu.gov, that is still in use today. But as time passed, it became increasingly difficult to justify the continued funding, staffing and attention, Bossert said.

“You need to have annual budget commitment. You need to have institutions that can survive any one administration. And you need to have leadership experience,” Bossert said. “All three of those can be effected by our wonderful and unique form of government in which you transfer power every four years.”

The Pandemic and All-Hazards Preparedness and Advancing Innovation Act (PAHPAI) is legislation introduced and passed by the U.S. Congress in 2019 that aims to improve the nation’s preparation and response to public health threats, including both natural threats and deliberate man-made threats.[1]

A previous bill (with a near-identical name), the Pandemic and All-Hazards Preparedness Act (PAHPA), was signed into law in 2006 and reauthorized in 2013 in order to create a system that prepares for, and responds to, public health threats that could turn into emergencies.

What went on at the State level during all this time? Well in recent years, there was an exercise called Crimson Contagion.

Crimson Contagion 2019 was/is a Functional Exercise, a national level exercise series conducted to detect gaps in mechanisms, capabilities, plans, policies, and procedures in the event of a pandemic influenza.  Current strategies include the Biological Incident Annex to the Response and Recovery Federal Interagency Operational Plans (2018), Pandemic Influenza Plan (2017 Update), Pandemic Crisis Action Plan Version 2.0, and CDC’s Pandemic Influenza Appendix to the Biological Incident Annex of the CDC All-Hazard Plan (December 2017). These plans, updated over the last few years, were tested by the functional exercise with emphasis on the examination of strategic priorities set by the NSC. Specifically, examined priorities include operational coordination and communications, stabilization and restoration of critical lifelines, national security emergencies, public health emergencies, and continuity. The Crimson Contagion 2019 Functional Exercise included participation of almost 300 entities – 19 federal departments and agencies, 12 states, 15 tribal nations and pueblos, 74 local health departments and coalition regions, 87 hospitals, 40 private sector organizations, and 35 active operations centers. The scenario was a large-scale outbreak of H7N9 avian influenza, originating in China but swiftly spreading to the contiguous US with the first case detected in Chicago, Illinois. Continuous human-to-human transmission of the H7N9 virus encourages its spread across the country and, unfortunately, the stockpiles of H7N9 vaccines are not a match for the outbreak’s strain; however, those vaccines are serviceable as a priming dose. Also, the strain of virus is susceptible to Relenza and Tamiflu antiviral medications. The exercise was intended to deal with a virus outbreak that starts overseas and migrates to the US with scant allocated resources for outbreak response and management, thereby forcing the Department of Health and Human Services (HHS) to include other agencies in the response. To do so, the exercise began 47 days after the identification of the first US case of H7N9 in Chicago, otherwise known as STARTEX conditions. Then, the HHS declared the outbreak as a Public Health Emergency (PHE), the World Health Organization (WHO) declared a pandemic, and the President of the United States declared a National Emergency under the National Emergencies Act. As was the case in the 1918 Great Influenza, transmissibility is high and cases are severe. At STARTEX, there are 2.1 million illnesses and 100 million forecasted illnesses as well as over half a million forecasted deaths. As the pandemic progresses along the epidemiological curve, the overarching foci of the federal-level response adjusts across four phases:

The outcome of the Crimson Contagion is that vaccine development is the silver bullet to such an outbreak, but there are complications beyond its formulation. Namely, the minimization of outbreak impact prior to vaccine development and dispersal, strategy for efficient dissemination of the vaccine across the country, allocation of personal protective equipment (PPE), and high expense of vaccine development and PPE acquisitions. The exercise concluded that HHS requires about $10 billion in additional funding immediately following the identification of a novel strain of pandemic influenza. The low inventory levels of PPE and other countermeasures are a result of insufficient domestic manufacturing in the US and a lack of raw materials maintained within US borders.  Additionally, the exercise revealed six key findings:

Many things certainly were going on that otherwise have not received media attention and the above is by no means a full accounting. The above is only referenced for perspective and context.

So while so many are working to find a single solution to Covid 19, there is not one cure but more in the realm of hundreds or perhaps thousands. Furthermore, while so many want to place blame, that too is misguided to point to U.S. politicians and medical experts. When it comes to Dr. Fauci or Bill Gates and his Event 201, understand that every medical counter-measure to pandemics call for growing viruses in laboratories and getting patents for the work each does including pharmaceutical companies and universities. We of course have the bureaucracy of clinical trials and they do take lots of time to launch and process.

Slow down readers, stop with the blame games, stop with finding fault, let’s deal with the here and now to get this behind us, never to repeat. If anything, blame the Communist Party of China, begin and end there and re-examine national policy with Beijing. 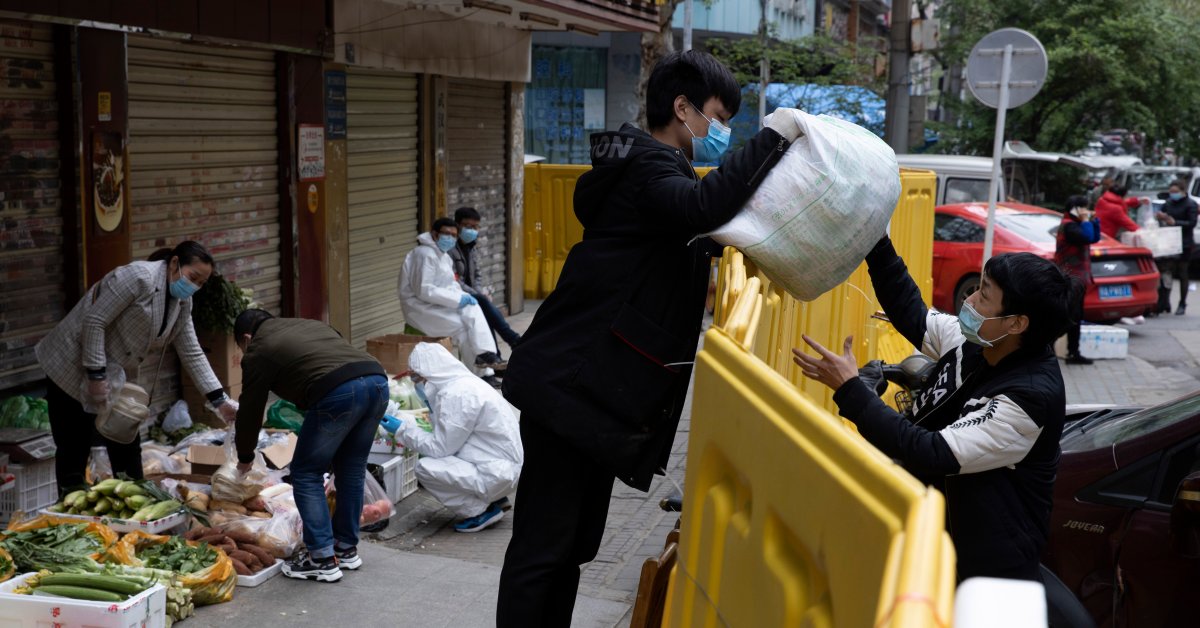 While Pelosi and Schiff have a new oversight commission led by Congressman Clyburn, which was in the $2T stimulus bill, so what? You say it is just another plot to go for another impeachment of President Trump? Nah…it is only the Democrats and media’s plot and wont happen. A full investigation of all things Covid 19 would hardly be completed by 2024.

Oh yeah, for those of you angry at Senator Burr for selling stock, we dont know how many in congress did sell stock. Remember, Senator Burr authored that pandemic bill in 2006….and it was signed into law.

Senators did receive a closed-door briefing on the virus on Jan. 24, which was public knowledge. A separate briefing was held Feb. 12 by the Senate Health, Education, Labor and Pensions Committee, which Burr is a member of. It’s unclear if he attended either session.