The National School Boards Association wrote a 6 page letter to President Biden. The full letter is here. In part:

As these threats and acts of violence have become more prevalent – during public school board meetings, via documented threats transmitted through the U.S. Postal Service, through social media and other online platforms, and around personal properties – NSBA respectfully asks that a joint collaboration among federal law enforcement agencies, state and local law enforcement,and with public school officials be undertaken to focus on these threats. NSBA specifically solicits the expertise and resources of the U.S. Department of Justice, Federal Bureau of Investigation (FBI), U.S. Department of Homeland Security, U.S. Secret Service, and its National Threat Assessment Center regarding the level of risk to public schoolchildren, educators, board members, and facilities/campuses. We also request the assistance of the U.S. Postal Inspection Service to intervene against threatening letters and cyberbullying attacks that have been transmitted to students, school board members, district administrators, and other educators.As these acts of malice, violence, and threats against public school officials have increased, the classification of these heinous actions could be the equivalent to a form of domestic terrorism and hate crimes. As such, NSBA requests a joint expedited review by the U.S. Departments of Justice, Education, and Homeland Security, along with the appropriate training, coordination, investigations, and enforcement mechanisms from the FBI, including any technical assistance necessary from, and state and local coordination with, its National Security Branch and Counterterrorism Division, as well as any other federal agency with relevant jurisdictional authority and oversight. Additionally, NSBA requests that such review examine appropriate enforceable actions against these crimes and acts of violence under the Gun–Free School Zones Act, the PATRIOT Act in regards to domestic terrorism, the Matthew Shepard and James Byrd Jr. Hate Crimes Prevention Act, the Violent Interference with Federally Protected Rights statute, the Conspiracy Against Rights statute, an Executive Order to enforce all applicable federal laws for the(…) 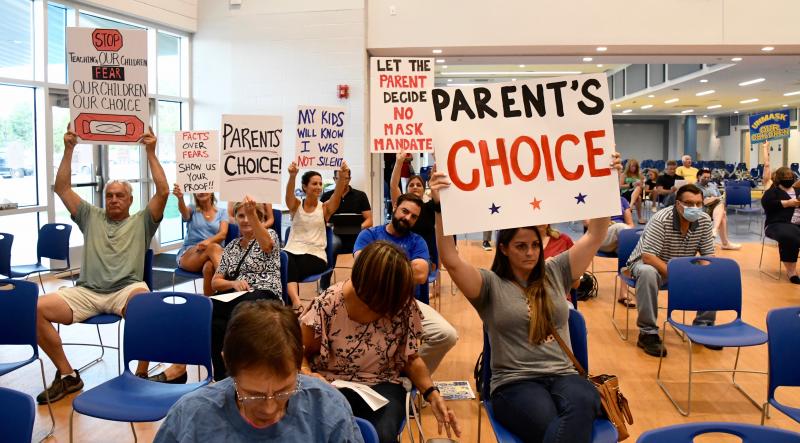 In another part of the letter:

These threats or actual acts of violence against our school districts are impacting the delivery of educational services to students and families, as many districts receive federal funds and subsidies for services to millions of students with disabilities, health screenings and supplemental supports for disadvantaged students, child nutrition, broadband connectivity, educator development, school safety activities, career and technical education, and more. School board meetings have been disrupted in California, Florida, Georgia, and other states because of local directives for mask coverings to protect students and educators from COVID–19.An individual was arrested in Illinois for aggravated battery and disorderly conduct during a school board meeting. During two separate school board meetings in Michigan9, an individual yelled a Nazi salute in protest to masking requirements, and another individual prompted the board to calla recess because of opposition to critical race theory. 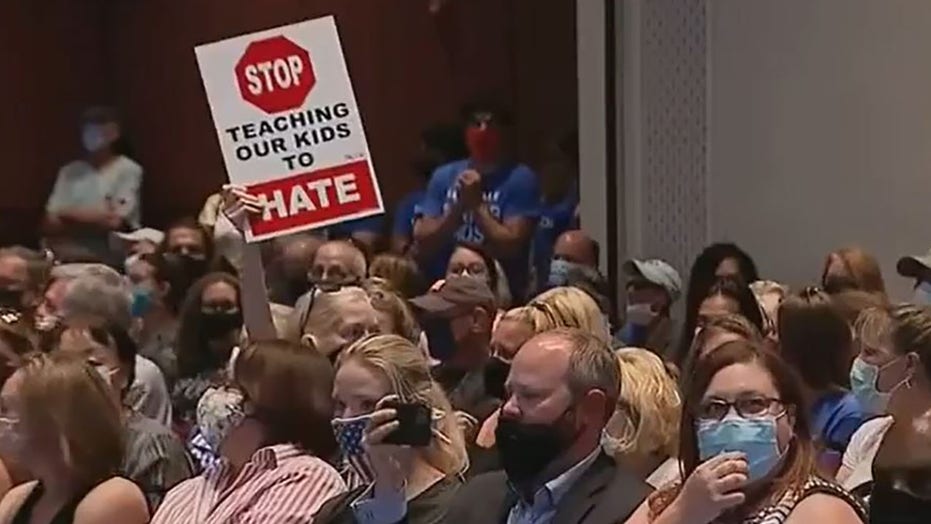 Who do you think will win in this battle? Just a few days ago in a debate of candidates for the governors race in Virginia, Terry McAuliffe –>

Terry McAuliffe and Glenn Youngkin sparred during the second and final debate of Virginia’s governor’s race on Tuesday, but it was one comment on schools by McAuliffe, the Democratic candidate, that drew the ire of conservatives.

“I don’t think parents should be telling schools what they should teach,” McAuliffe, who previously served as governor of Virginia from 2014 to 2018, said during the debate in Alexandria, Virginia.

McAuliffe made the remarks in response to Youngkin, the Republican candidate, who argued that parents should be more involved in the decisions of local school districts. Conservative social media responded.

Just how long before the public school systems across the country collapse and homeowners challenge in court their property tax dollars that pay for the public school systems and teachers? The Biden administration is fully devoted to unions and will continue to side with the teacher’s unions as has already been proven with regard to financial bailouts and masks mandates.

Take caution parents, this is a tailspin that has no end until the parents declare an end to the entire corrupt system.