Whatever vision that Hillary Clinton and the Obama administration had to Libya is now best described as a Russian operation where death and destruction manifests.

As Fox News Anchor, Bret Baier says each night, ‘beyond our borders’ there is a very ugly nasty world that is hardly if at all reported.

From the United Nations Mission in Libya:

How bad it is really? What about Russia? 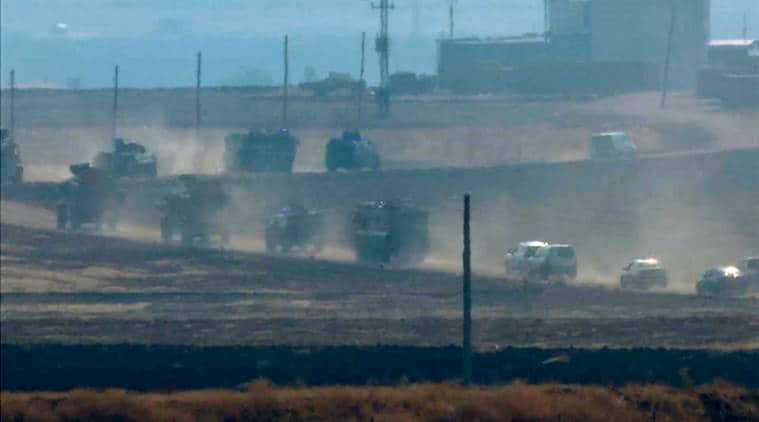 TRIPOLI, Libya — The casualties at the Aziziya field hospital south of Tripoli used to arrive with gaping wounds and shattered limbs, victims of the haphazard artillery fire that has defined battles among Libyan militias. But now medics say they are seeing something new: narrow holes in a head or a torso left by bullets that kill instantly and never exit the body.

The snipers are among about 200 Russian fighters who have arrived in Libya in the last six weeks, part of a broad campaign by the Kremlin to reassert its influence across the Middle East and Africa.

After four years of behind-the-scenes financial and tactical support for a would-be Libyan strongman, Russia is now pushing far more directly to shape the outcome of Libya’s messy civil war. It has introduced advanced Sukhoi jets, coordinated missile strikes, and precision-guided artillery, as well as the snipers — the same playbook that made Moscow a kingmaker in the Syrian civil war.

The Russians have intervened on behalf of the militia leader Khalifa Hifter, who is based in eastern Libya and is also backed by the United Arab Emirates, Egypt, Saudi Arabia and, at times, France. His backers have embraced him as their best hope to check the influence of political Islam, crack down on militants and restore an authoritarian order.

Mr. Hifter has been at war for more than five years with a coalition of militias from western Libya who back the authorities in Tripoli. The Tripoli government was set up by the United Nations in 2015 and is officially supported by the United States and other Western powers. But in practical terms, Turkey is its only patron.

The new intervention of private Russian mercenaries, who are closely tied to the Kremlin, is just one of the parallels with the Syrian civil war.

The Russian snipers belong to the Wagner Group, the Kremlin-linked private company that also led Russia’s intervention in Syria, according to three senior Libyan officials and five Western diplomats closely tracking the war.

In both conflicts, rival regional powers are arming local clients. And, as in Syria, the local partners who had teamed up with the United States to fight the Islamic State are now complaining of abandonment and betrayal.

The United Nations, which has tried and failed to broker peace in both countries, has watched as its eight-year arms embargo on Libya is becoming “a cynical joke,” as the United Nations special envoy recently put it.

Yet in some ways, the stakes in Libya are higher.

More than three times the size of Texas, Libya controls vast oil reserves, pumping out 1.3 million barrels a day despite the present conflict. Its long Mediterranean coastline, just 300 miles from Italy, has been a jumping-off point for tens of thousands of Europe-bound migrants.

And the open borders around Libya’s deserts have provided havens for extremists from North Africa and beyond. Read on.