VP Biden and the whole democrat caucus perhaps need a short class on petroleum before they declare their war on oil and coal.

According to a new OnLocation analysis, The Consequences of a Leasing and Development Ban on Federal Lands and Waters (Sept. 2020), U.S. energy leadership could be at stake if a federal leasing and development ban is enacted.*

Highlights from the analysis include: 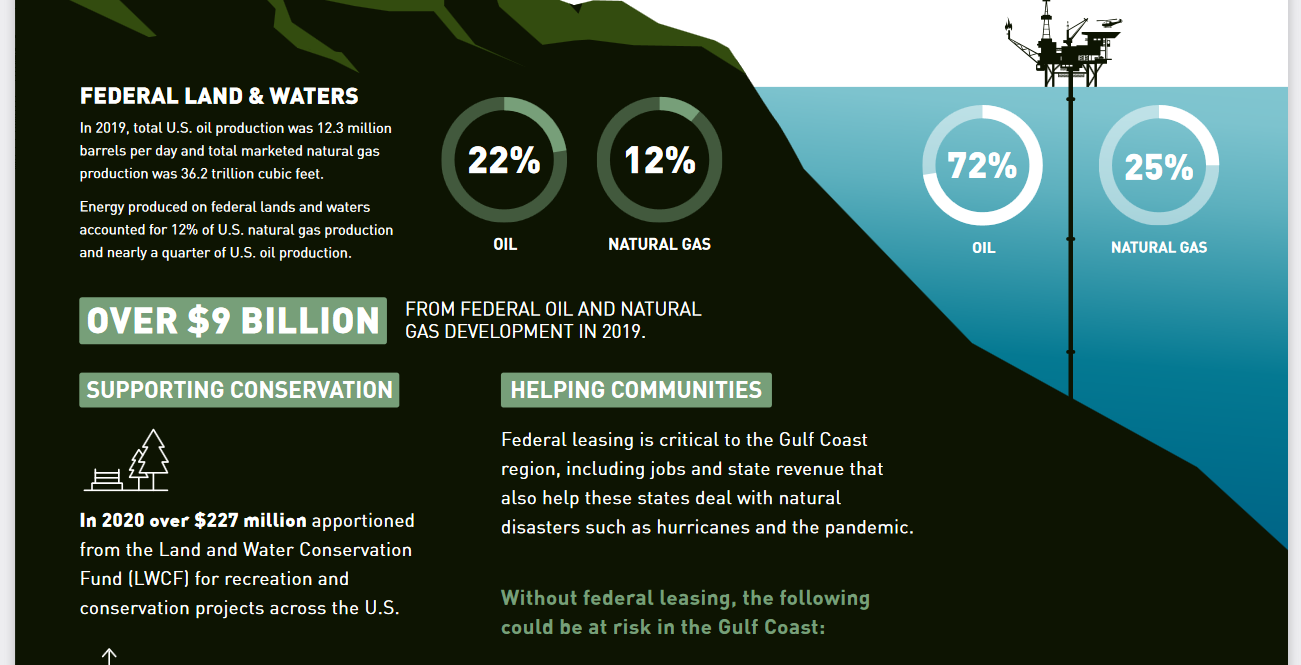 Petroleum is an important substance across society, politics, technology including in economy. Besides, apart from fuel there are a lot of petroleum by products that show up in our modern life. Let’s look at some uses of petroleum below.

When we talk about agriculture we are talking about fertilizers. Here, petroleum is used in the production of ammonia which serves a source of nitrogen. The Haber process is used in this case. Pesticides are also made from oil. All in all, petroleum based products are used extensively in agriculture as it helps in running farm machinery and fertilize plants.

2. Detergents, Dyes, and Others

Distillates of petroleum that include toluene, benzene, xylene, amongst others are used to obtain raw materials that are further used in products like synthetic detergents, dyes, and fabrics. Benzene and toluene which gives polyurethanes is often used in oils or surfactants, and it is also used to varnish wood.

Plastics are mostly made of petrochemicals. Petroleum-based plastic like nylon or Styrofoam and other are made from this element. Usually, the plastics come from olefins, which include ethylene and propylene. Petrochemicals are also used to produce oil based paints or paint additives. Petrochemical ethylene is found in photographic film.

Petroleum by-products like mineral oil and petroleum are used in many creams and other pharmaceuticals. Tar is also produced from petroleum. Cosmetics that contain oils, perfumes are petroleum derivatives.

Petrochemicals are also used in manufacturing synthetic rubber which is further used to make rubber soles on shoes, car tire and others rubber products. Rubber is primarily a product of butadiene.

Popular Products Made from Petroleum