The death of knowledge and the death of outrage…..exactly who in government approves these transactions?

CIS: An almost two-and-a half year-old article in China Daily detailed an interesting phenomenon: Chinese investors purchasing private K-12 schools in the United States “in the hopes of cashing in on Chinese students’ quest for admission into a US college.” That report not only highlights an interesting pathway for foreign students to obtain a student visa to attend U.S. colleges and universities, but it also shines a light on the F-1 nonimmigrant student visa program at the primary and secondary level.

The article explained that in December 2017, “Primavera Capital, a China-based private equity firm, paid about $500 million for the Stratford School system, which operates schools throughout California.” That same month, Newopen Group, a “Chinese education company”, bought Florida Preparatory Academy for an undisclosed amount. 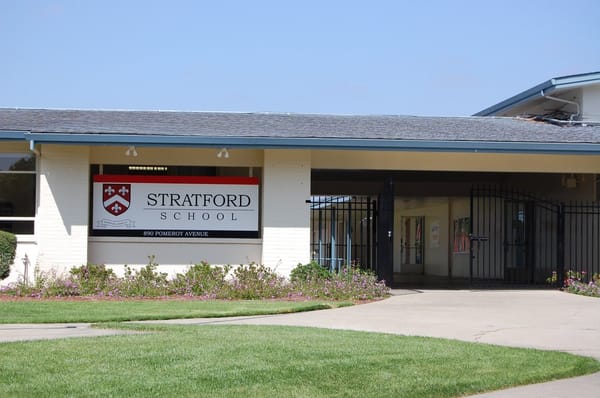 Santa Clara/ The Stratford School system website has a slogan on their home page: A CLASSROOM OF COLLABORATION CAN CHANGE THE WORLD. There are 25 campuses in California

According to its website, Primavera Capital Group, which has offices in Beijing and Hong Kong, has a heavy presence of Goldman Sachs alumni, many of whom themselves have degrees from elite American universities (including Harvard, Columbia, NYU, and my alma mater, the University of Virginia).

Newopen USA is described as “a subsidiary of the Chongqing, China, based Newopen Group”. LinkedIn describes a “Chongqing Newopen Education Group” as “the most influential and valuable education group in China”, which “manages 2 universities, 5 middle schools, 2 affiliated primary schools, 31 kindergartens” (Florida Preparatory Academy is not on the list).

The website for that organization is largely in Mandarin (the English-language version does not load), but the Google Translate version states that it was established in 1993 and “currently has 2 universities, 13 primary and secondary schools, [and] 31 kindergartens”; its educational sites include Los Angeles and Florida — logically Florida Preparatory Academy.

Stratford School’s website lists 30 separate locations, five in Southern California and 25 in the greater Bay Area (including in tech-heavy San Jose, Palo Alto, and San Francisco). Those locations offer differing levels of education, from pre-school through eighth grade (a high school is planned), as well as summer camps. Its curriculum “introduces learning and innovation skills through STEM based learning. Anchored in science and math, the STEM classroom emphasizes critical thinking, authentic problem solving, creativity, and innovation.”

Florida Preparatory Academy, “a coeducational college-prep school for grades 5-12” founded in 1961, describes itself as “a premier day and boarding school in Melbourne, Florida.” Among other programs (including an “English Language Program … designed for International Students that are learning English as a new language”), it offers a “unique dual enrollment opportunity at Florida Institute of Technology and Eastern Florida State College”.

Notably: “Any high school senior completing six or more credits at Florida Tech with a 3.0 overall GPA is guaranteed … [a]dmission to Florida Tech upon completion of the full-time undergraduate admission process.” Such admission would facilitate, if not guarantee, the extension of F-1 status for foreign students.

Florida Preparatory Academy is not cheap, at least for students who live there full time: seven-day boarding students (likely the vast majority of F-1s) pay $40,500 in tuition, room, and board (before uniforms). Day students, by comparison, only pay $14,200.

Returning to the China Daily article, I would note that a key point for the investments by Primavera and Newopen in those institutions is to tap into the market of parents in China who want to put their children on a path to higher education in the United States. That article notes: “The strong demand comes from the Chinese families’ belief that the experience at US secondary schools will increase their children’s chances of being accepted to US universities.”

Although we generally think of F-1 student visas in the context of colleges and universities, those visas are also available for foreign nationals to study in the United States at a private K-12 school, or a public high school, as well. Study at a public high school is limited to 12 months for an F-1, and the foreign student must reimburse the costs of tuition (dependents of F-1s, known as “F-2s”, can study wherever they like, including public school), but there is no limit on the amount of time that a foreign student can attend a private K-12 school.

The first step to obtaining that visa is acceptance by a school approved by the Student and Exchange Visitor Program (SEVP, which is administered by ICE), followed by that school’s issuance of a Form I-20 and the filing of an application by the student at a U.S. embassy or consulate for an F-1 visa.

The list of SEVP certified schools runs 272 pages, and includes the middle schools run by Stratford Schools in Sunnyvale, San Jose, and Fremont, as well as Florida Preparatory Academy. Tuition at the three Stratford schools runs $23,510 per year, and there is no boarding option, raising the question of where F-1 middle school students live.

There are, by my count, at least 200 elementary schools on the list (the level of education offered for many is not entirely clear, and I am basing my count on the number identified as “elementary”) and at least 75 middle schools (again, they are not all identified as such, and there are likely many more).

The number of high schools is similarly not clear from the SEVP list (not all identify themselves as such), but one report stated that 2,800 U.S. high schools hosted international students in 2016.

How many Chinese students are in pre-college programs in the United States? I was unable to find the number of those at the primary school level, but the report, “Globally Mobile Youth: Trends in International Secondary Students in the US, 2013-2016”, from the Institute of International Education (IIE), states that in 2016, there were 59,392 secondary school students in the United States on F-1 visas (an additional 22,589 were exchange students on J-1s).

Of that number, 33,275 (56 percent) were from China. According to SEVP, by 2018 (the last year for which reporting was available) there were 39,904 F-1 students at the secondary school level from that country — an increase of almost 17 percent in two years.

Consistent with excerpts above from China Daily, the IIE report states: “A common perception among international secondary students and their families is that a U.S. educational experience at the secondary level will make them more competitive applicants to American colleges and universities.” Given the increase in F-1 secondary students from China, and the actions of Primavera Capital and Newopen Group, that perception is likely correct.

With respect to the fact that F-1 students at public high schools are limited to one year of study, the report notes that some “students may seek to transfer to a private school after completing their public school experience or come to a public school for just their senior year and then apply to a college or university in the United States.” And, relevant to the Florida Preparatory Academy/Florida Tech “dual enrollment opportunity”, the report states:

In summary, F-1 student status is not limited to college and university students, but is available to foreign nationals beginning in kindergarten. For many foreign nationals — and in particular students from China — K-12 education in the United States, while an expensive endeavor, is a pathway to higher education. At least two different firms have put money on it.