In litigation against President Trump, look no further than Douglas Letter hired almost two years ago by Speaker Pelosi. Whether it is the House seeking access to Donald Trump’s private tax records, coordinating impeachment operations, filing amicus briefs, border wall litigation, benefits to illegal aliens and getting legal citizenship or most of all gaining the redacted Mueller investigation documents, Letter has been involved in an estimated 31 case actions at the behest and approval of Nancy Pelosi. Doug Letter was hired in December of 2018 and came with a resume that included serving as the Director of the Civil Division Appellate Staff at the Department of Justice where he spent 40 years. He is a senior litigator at the Institute for Constitutional Advocacy and Protection at Georgetown University Law Center. After graduating from of Berkeley Law School, he joined the DoJ and argued more than 200 cases before the Supreme Court. Additionally, he was the White House Associate Counsel to President Clinton, the Deputy Associate Attorney under Janet Reno and Senior Counsel to Eric Holder.

Meanwhile, the House Republicans have hired Charles (Chuck) Cooper. At least 20 House Republicans are suing Nancy Pelosi on the matter of proxy voting. It should be noted that the proxy vote on the issue of re-upping the FISA legislation was pulled late in the day allegedly because President Trump said he would veto the bill. Gotta wonder if it was really due to the lawsuit. 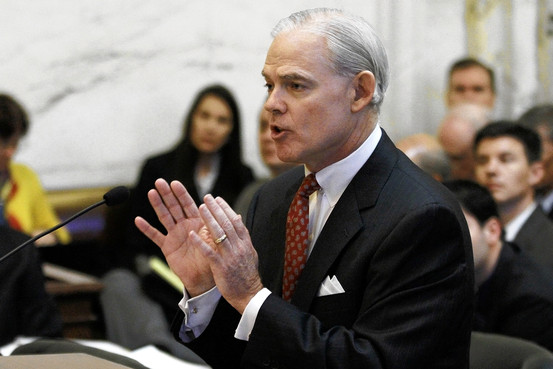 Charles Cooper and and Doug Letter for sure know each other from their time at the Department of Justice. Cooper represented big names such as Jeff Sessions during the recusal on Russian interference. Then there was John Ashcroft and John Bolton where it was slated that he was possibly scheduled to testify during the impeachment inquiry.

Cooper began working too in the Civil Rights Division at the DoJ in 1981 as was appointed Assistant Attorney General at the Office of Legal Counsel during the Reagan administration. Cooper’s law firm in private practice of Cooper and Carvin had legal alumni such as Senator(s) Tom Cotton and Ted Cruz along with Victor Wolski a Federal judge and Solictor General Noel Francisco. Cooper has argued 7 cases before the Supreme Court and previously clerked for Justice William Renquist.

House Democrats installed the new rules on proxy voting on a largely party line vote of 217 to 189. Republican argued that the move bucks the chamber’s institutional history and sets a dangerous precedent.

On Wednesday, the House Rules Committee is slated to hold the chamber’s first remote hearing under the new rules. Each panel must hold a practice hearing, followed by two virtual sessions. Once those steps are completed, a panel can hold a markup by video conference as well.

At this time, the panels can use Cisco Webex to hold the virtual hearings.

For much of the past two months, the chamber’s regular business largely came to a halt, and has since only held a handful of votes related to coronavirus legislation. The chamber’s meeting of what is now 431 members and additional support staff have proved particularly problematic amid the coronavirus pandemic.