General Mattis, your op-ed in the Atlantic was repugnant. Let’s review what you purposely overlooked, shall we? 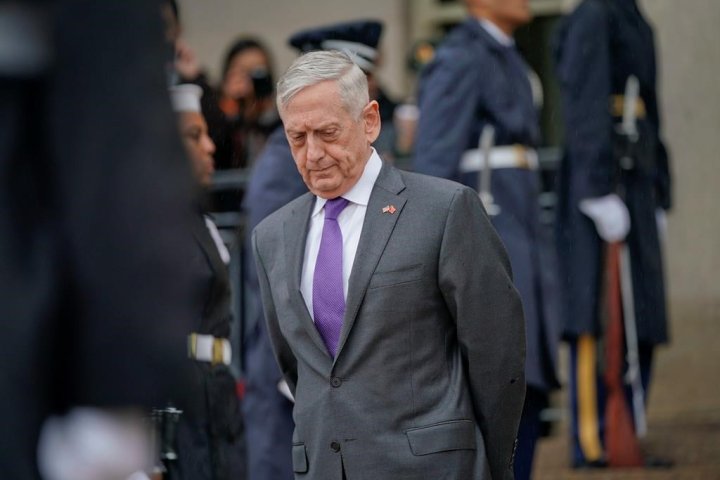 It’s the leader’s job to interpret and translate the terrain and operating environment. Know whether you are the bear or the alligator. Leaders must understand their organization’s strengths, weaknesses, and ideal operating terrain before stepping into the fight. There is no “unfair” when dealing with an uncontrollable variable like terrain. Read more here from Sun Tzu on terrain.

You see during the Covid-19 lockdown, America was in fear. The fear doubled and confidence has been shattered with rioting, death, arson and looting. General, you did not offer a solution. But we are learning all the dynamics of the changing terrain in America and it is ugly.

All Enemies Foreign and Domestic

Our rights as citizens are to be protected and the elite members of our Praetorian Guard are designated as politicians at all levels, law enforcement and the branches of the military. So to you Generals and Admirals, to the politicians and law enforcement, who is protecting selected voices from censorship? What about illegal searches and surveillance where we are to be secure in our person, papers and effects? What about our ability to fully protect ourselves from home invasions or burning a building or business where the upper floors are actually apartments? We have gangs operating all over the nation, we have subversive groups doing the same. We have an insurgency upon the country and they are domestic enemies to the general welfare of America. What is your solution if not law and order?

You are well aware of places like Idlib, Syria, the Sahel, Libya, Donbass, Ukraine, even the South China Sea and the Strait of Hormuz. General, in America there are thousands of points of ungoverned spaces including public schools, streets in San Francisco, the courthouse steps in Portland, Oregon or the college campus at Berkeley. In recent days, ungoverned spaces included cities and streets across the nation where police are told to take a light touch all while mayors have released violent criminals from prison and what would be felony arrests are considered misdemeanors, letting go the criminal within hours with a mere $120 ticket. General, have you considered this chaos? Are you applying strategic thinking to frontier justice where decent Americans will be forced into vigilante justice? Syrians were forced into that just as Libyans are. We have to fend for ourselves, you omitted that part. So, to you Flag officers, have you a solution war plan to solve this in America?

While the intent of the Framers intended to quell uprisings and rebellions between states, domestic tranquility is fleeting. When civil society is challenged and criminal behavior goes unpunished, established justice is broken. Peaceful demonstrations are events where the demonstrators put forth their grievances. That is a wonderful and endorsed right. When riots, theft, looting, arson, shootings or otherwise physical harm comes to person or property, law and order is fractured. Placing the National Guard at designated locations is to augment law enforcement. If that fails, a higher more assertive remedy is called for including the consideration of the Insurrection Act. There is not a respectable American that wants conditions to reach that point and that includes President Trump. But just like military personnel in the realm of war-gaming operations, all consideration must be on the desk and they are. In the case of the civilian population, leaders and law enforcement too must consider all options for the protection of public safety.

That harmony you speak of is lost in America, we are divided. So, General sir…just go home, take the other Flag officers with you.