This topic has long been debated with no resolution including at the Supreme Court level. Much has been written about what ‘birthright’ is including in the New York Times as recently as in 2015.
The simply requirement is subject to the jurisdiction of the United States, not subject to a foreign power. A birth must be to parents who were legally domiciled to the United States as citizens themselves. There is no such thing legally as an anchor baby. There must be a provable bind to the United States.
President Trump has ordered a team to investigate the definition of the 14th Amendment leading to his possible signature of an Executive Order which would lead government agencies to act in accordance with the clarification and regulations around the Citizenship Clause.

During the years of Ellis Islands, immigrants had to have money, the proven ability to earn a salary and not be an economic burden to the United States. 12 million people passed through Ellis Island and had for the time, a rigorous process to comply for entry. They included medical exams, have existing family members in the United States for connections and a safety net and prove existing financial means. There was quite a list of questions for the immigrants including those regarding a criminal record, being institutionalized for insanity and having some prior knowledge of the United States including facts of the Constitution, naming the 13 colonies and if they were an anarchist. There were in many cases immediate deportations for failures of passing fundamental stipulations.

High praise should be given to the Trump administration for tackling the issue of birthright citizenship for clarification because the abuse of the system has been out of control, exploiting the anchor baby model.

Take notice that even ABC news as recently as March of this year, 2019 addressed the issue of pregnant Russian women flocking to Miami to given birth just to gain citizenship under the anchor baby policy which is not nor has even been policy or legal. There are brokers around the world that facilitate these American births where the cost can range from $20,000 to $50,000. This includes travel, accommodations and the hospital expenses. This is otherwise known as ‘birth tourists’. But hey, Russia is not the only country. Nigeria, Mexico and China are included. We cant know the full number of those participating in  birth tourism but each year it is estimated to range in the 30-50,000 of women that make the trip. Not to be overlooked is the healthcare in itself, clearly better here than in their home country. Consider that a particular area of Miami, known as Sunny Isles Beach is teeming with Russians and has the nickname of little Moscow.

So, next how about California?

So as recently as 2018, the FBI had to perform a set of raids on maternity hotels and apartment complexes in an estimated 20 locations in and around Los Angeles. Ah, it seems these pregnant Chinese women had more expensive brokers as they paid in the range of $40-$80,000 for their travel, accommodations and hospital stay. Operations in Los Angeles obviously had quite the operation stateside as some of these locations witnessed trucks and fork lifts delivering pallets of diapers and other infant needs like formula. 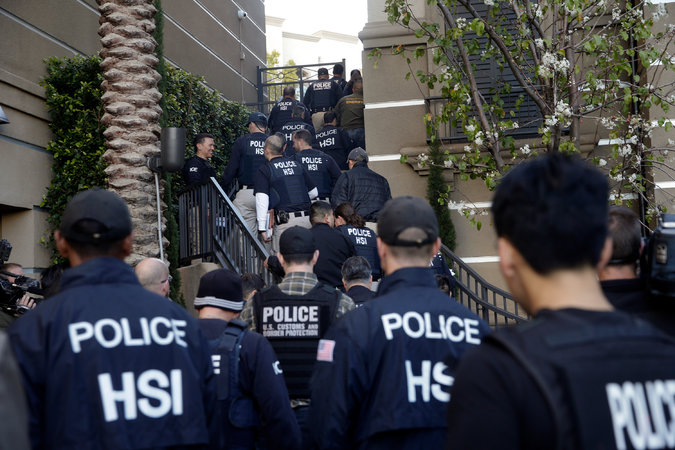 This all amounts to abuse of U.S. citizenship.

The Trump administration on Monday issued a long-awaited rule strengthening the ability of federal officials to deny green cards to immigrants deemed likely to rely on government aid.

Officials described the so-called “public charge” rule as a way to ensure those granted permanent residency are self-sufficient — and protect taxpayers in the process.

“It will also have the long-term benefit of protecting taxpayers by ensuring people who are immigrating to this country don’t become public burdens, that they can stand on their own two feet, as immigrants in years past have done,” he said. “It’s not only a recipe for their success, but for America’s success growing out of our immigration system.”

The updated rule will better define, and expand, the factors that can be considered to deny an applicant on these grounds.

While the “public charge” inadmissibility standard has long been part of U.S. immigration law, the term has not been formally defined in statute. The new rule, which will go into effect on October 15, will define “public charge” as an immigrant who receives one or more designated public benefits for more than 12 months within a 36-month period. 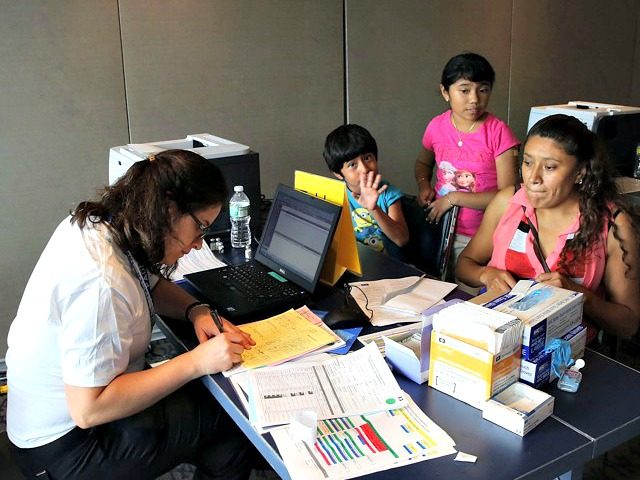 Those benefits include Supplemental Security Income (SSI), Temporary Assistance for Needy Families (TANF), as well as most forms of Medicaid and the Supplemental Nutrition Assistance Program (SNAP) — commonly known as food stamps. The rule expands the number of benefits that can be considered from interim guidance issued in 1999.

Those factors will be considered along with standard considerations such as age, health, financial assets and education. While Cuccinelli’s USCIS is the lead agency, similar filters will be used at the State Department (for those applying for visas from abroad) and Border Patrol.

Maybe true clarity for the sake of law and order is becoming a reality with regard to immigration and the Constitution.