By now we all know the fact that Amazon Web Services canceled Parler and Parler remains dark until the judge decides on the case. We are also learning that other tech companies are cancelling people en masse for violations of terms of service which is selectively applied. Not only are large corporations like Citibank, Blue Cross, Marriott and JP Morgan in the cancel mix but there are others including well known universities like Harvard. How about American Express, Dow, AT&T, Comcast, Disney, 3M, Bank of America, GoDaddy, Hilton, Microsoft, Target, UPS, Tyson and Ford? This is because of few Republicans think independently and ask hard questions. Frankly this is called dissent and oddly enough, even those jurists on the Supreme Court write dissenting opinions. Yeesh.

This is another dimension to cyber war. 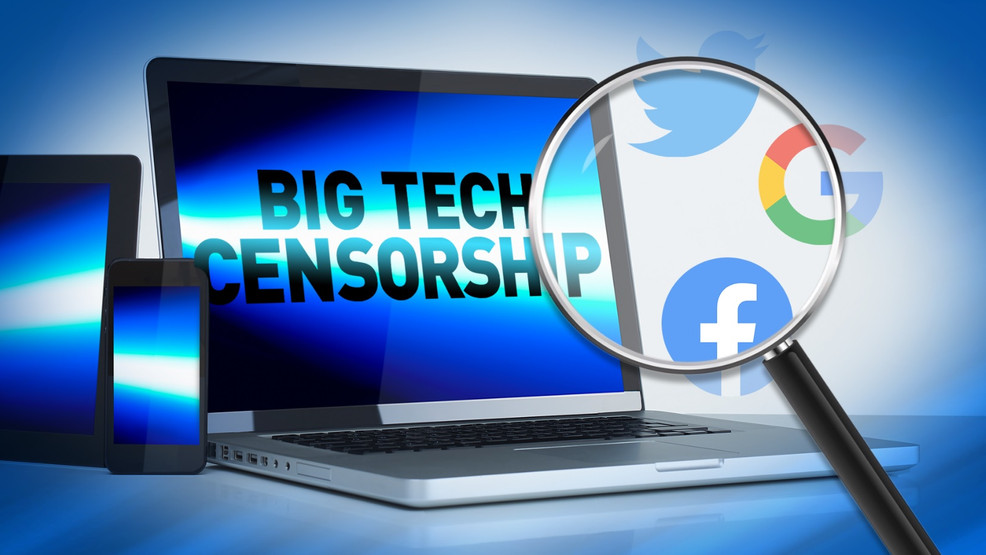 Exactly what dissent is not welcomed in the public square? As the cancel-culture manifests, there is no end just yet.

So, now we add Mail Chimp and Loews Hotels to the mix.  Loews Hotels just canceled Senator Hawley’s (R-MO) fundraising event in Orlando. As for Mail Chimp, they canceled Virginia Citizens Defense League and changed their terms of service.

Mailchimp, a US based marketing automation service, has updated its Terms of Use regarding types of content that are prohibited for distribution on the platform. In particular, the service now “does not allow the distribution of content that is, in our sole discretion, materially false, inaccurate, or misleading, in a way that could deceive or confuse others about important events, topics, or circumstances.”

You have to wonder what BigTech is really fact-checking and just what some members of Congress really know for fact. The election scandal is not so much about Dominion as it really could be about SmartMatic. So, let’s examine a few things shall we?

In 2013, there was an interesting lawsuit. In part:

As for the Venezuelan connection, per the SmartMatic website published in 2018: (After Maduro remained in power)

The reasons for the closure are widely known. In August of 2017, after the elections to the National Constituency Assembly, Smartmatic publicly stated that the National Elections Council had announced results that were different from those reflected by the voting system. This episode lead to an immediate rupture of the client-provider relationship.

Smartmatic did not participate in the last two elections (Regional Elections of October 15, 2017 and Municipal Elections of December 10, 2017), a fact that was timely informed. Since the company was not involved in these processes, and given the fact that the company’s products are not under warranty and were not certified for those elections, Smartmatic cannot guarantee the integrity of the system, nor can it attest to the accuracy of the results.

Smartmatic is currently operating in some 40 countries around the world, partnering with governments, election commissions and citizens seeking to conduct secure, clean and transparent elections. 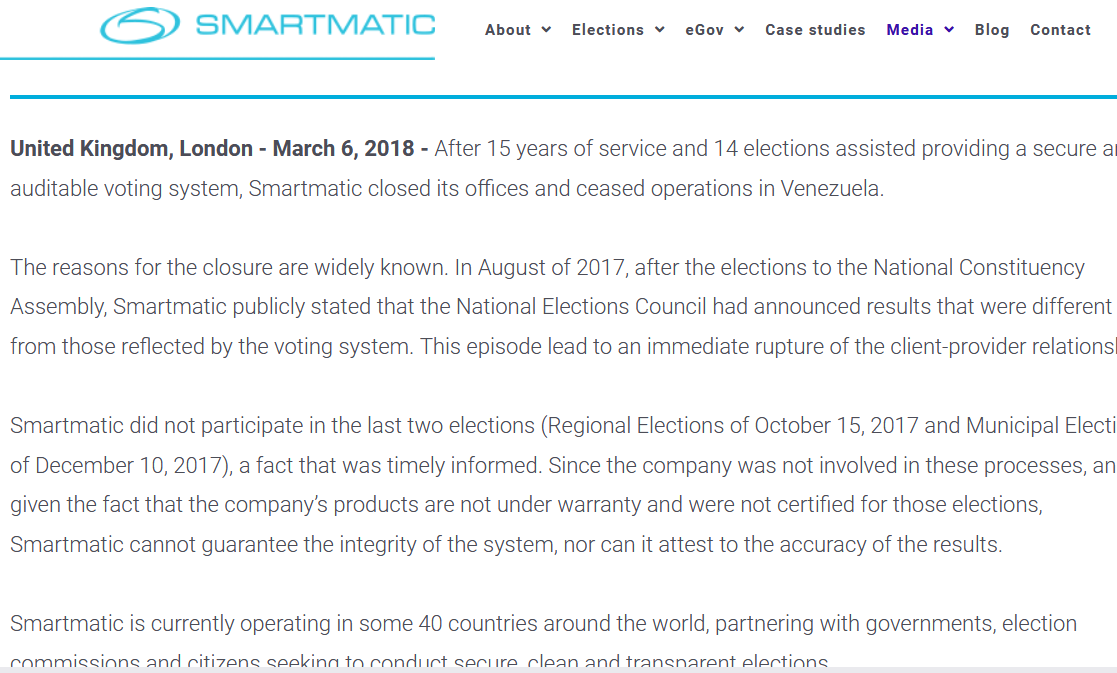 Stands to reason that not only should American citizens question known facts but find the unknown facts and the same holds true for members of Congress on both sides of the aisle. So digging deeper, doing an examination of the Congressional record is worthy of time. If those in the Senate are questioning elections and they have more intelligence reports than we outside the Beltway do, perhaps #BigTech should judge slowly and do their own work as well as #BigCorporations before all this cancelling continues. But read on.

On the Senate side, as recently as October, 19, 2020, 7 Senators challenged the election results in Venezuela, 3 were Republicans and 4 were Democrats. Note this was after the Maduro stolen election. There was a Senate Resolution #749. In part:

We report you decide…thousands of moving parts here.