McRaven, the former head of Joint Special Operations Command overseeing the U.S. Navy SEAL team that took down Al Qaeda leader Osama bin Laden at his Pakistan compound in 2011, noted that Chinese technologies such as 5G commercialization is already beating the United States.

The Chinese military displayed several weapons during its National Day parade, including a new supersonic jet that can reportedly reach speeds faster than Mach 3.3, at more than 2500 miles per hour. 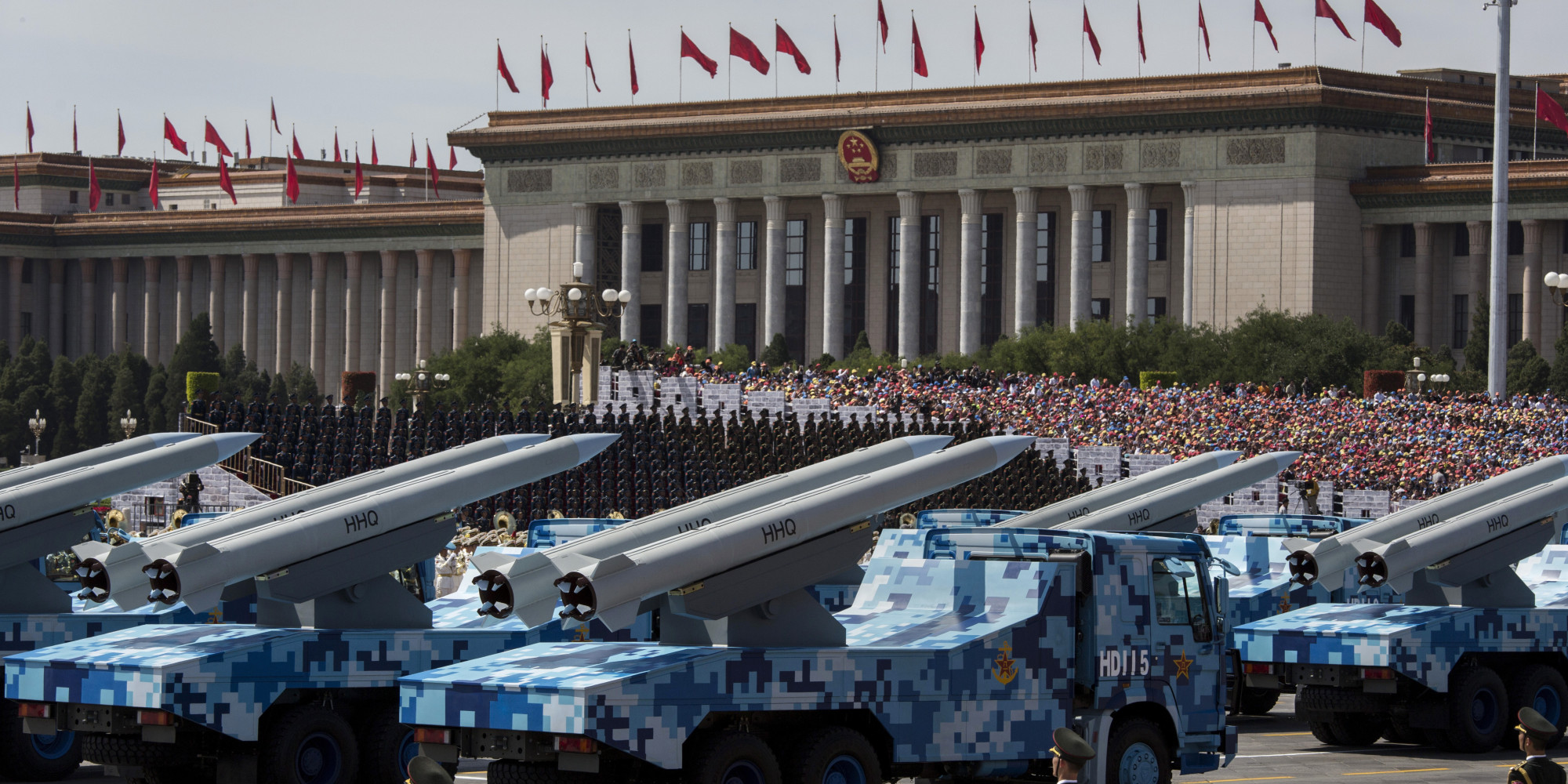 The supersonic jet, called the DR-8, could play a key role in a potential conflict with the U.S. military in the South China Sea.

“China has invested a lot of resources into military science and technology development in a bid to enhance its nuclear deterrence capability over the past years, which Beijing believes represents a strategic measure in countering the global military hegemony [of the United States],” Hong Kong-based military analyst Song Zhongping said.

Additionally, China doubled its nuclear arsenal in the past decade and is set to double it again in the next, top U.S. Strategic Command (Stratcom) officials stated in August.

“China has long had a no-first-use policy, and yet they’ve doubled their nuclear arsenal in about the last decade, and they’re on track to double it again in the next decade,” said Rear Admiral Michael Brookes, director of intelligence for Stratcom.

As noted by Newt Gingrich:

Now, imagine that China launches a campaign against Taiwan with the help of Russian air forces.

This would entirely change the dynamic, making it much more difficult and costly (in blood and treasure) – and much less likely for any sort of U.S. victory. Now, instead of a focused conflict with China over a specific piece of territory, the U.S. would have to decide whether it wanted to risk engaging with a cooperative China and Russia at the same time.

Chinese Communist Party General Secretary Xi Jinping has met with Russian President Vladimir Putin 24 times since 2013, while he has only met with his U.S. counterpart 16 times during that period.

This activity creates a real potential for a China-Russia strategic alliance which would turn much of our national security planning and strategy on its head.

China considers Taiwan one of it’s own provinces yet Taiwan is independent which China is fighting. Known as the ‘one China policy’, Western nations including the United States are not to have any kind of relationship with Taiwan but the United States does and this is one of the causes in the trade negotiations.

After decades of China’s veiled threats to invade and a long-running campaign to get Taiwan’s allies to shift their diplomatic allegiance to Beijing, researchers, government officials, and lawmakers in Taipei all say that China is pursuing a new tactic in the runup to Taiwan’s Jan. 11 presidential vote: election meddling. “China is following the steps from Russia,” says Tzeng Yi-suo, head of cyberwarfare at the Institute for National Defense and Security Research, which is advising Taiwan’s government on ways to counteract the interference. “In our election campaign periods, there is a most striking influence campaign coming from the Chinese Communist Party.”

China’s disinformation apparatus goes well beyond what it considers its borders, according to an analysis published by Harvard researchers in April. Using proxies around the world and some of the same social media platforms it bans at home, the government in Beijing posts 448 million comments a year aimed at promoting a pro-China agenda or sowing discord, the researchers found. In August, Twitter Inc. suspended 936 mainland Chinese accounts, part of a larger network of 200,000 spam accounts it disabled because of what it called a “significant state-backed operation” working to undermine Hong Kong’s pro-democracy demonstrations. On Sept. 20 it suspended an additional 10,000. Facebook Inc. and YouTube have disabled accounts for similar reasons. In December, new foreign-influence laws went into effect in Australia aimed at blocking China’s efforts to sway politics and key decision-makers in that country.

Chinese agencies have been launching an estimated 30 million cyberattacks against Taiwan a month, according to the government’s director general of cybersecurity, Jyan Hong-wei. The patterns indicate Chinese state involvement, he says. Read the full detailed summary here.