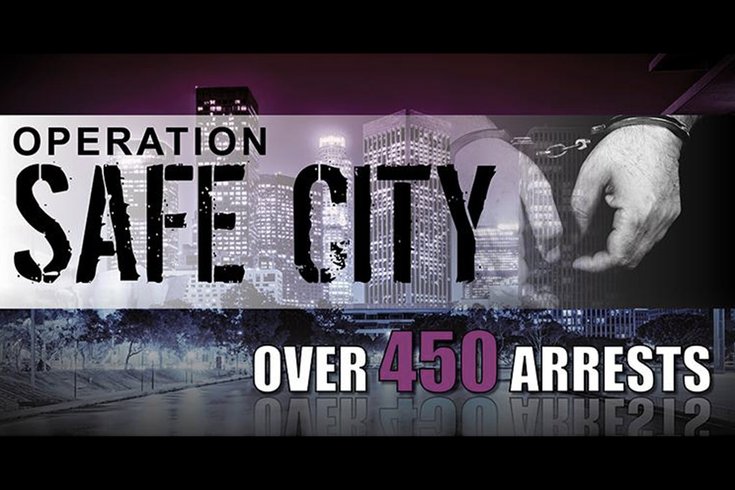 WASHINGTON – U.S. Immigration and Customs Enforcement (ICE) Enforcement and Removal Operations (ERO) Fugitive Operations teams arrested 498 individuals from 42 countries for federal immigration violations in multiple cities across the U.S. during a four-day operation that ended Wednesday. Operation ‘Safe City’ focused on cities and regions where ICE deportation officers are denied access to jails and prisons to interview suspected immigration violators or jurisdictions where ICE detainers are not honored.

The operation targeted individuals who have violated U.S. immigration laws, prioritizing aliens with criminal convictions, pending criminal charges, known gang members and affiliates, immigration fugitives and those who re-entered the U.S. after deportation. Individuals with active DACA were not targeted for arrest.

“Sanctuary jurisdictions that do not honor detainers or allow us access to jails and prisons are shielding criminal aliens from immigration enforcement and creating a magnet for illegal immigration,” said ICE Acting Director Tom Homan. “As a result, ICE is forced to dedicate more resources to conduct at-large arrests in these communities.”

“ICE’s goal is to build cooperative, respectful relationships with our law enforcement partners to help prevent dangerous criminal aliens from being released back onto the streets. Non-cooperation policies severely undermine that effort at the expense of public safety,” he said.

Among those arrested during this week’s operation were:

Of the 498 individuals taken into custody during this operation for immigration violations:

Seems we still cant get things right and comply with all the recommendations made in 2004 by the 9/11 Commission.

Travelers interested in enrolling in Global Entry can learn more about that and other CBP Trusted Traveler Programs or apply online through the CBP website. Read more here as a second center just re-opened again in Boston.