“We are acting against a complex scheme Iran and Russia have used to bolster the [Bashar] Assad regime and generate funds for Iranian malign activity,” said Treasury Secretary Steven Mnuchin. “Central Bank of Iran officials continue to exploit the international financial system, and in this case even used a company whose name suggests a trade in humanitarian goods as a tool to facilitate financial transfers supporting this oil scheme.

“The United States is committed to imposing a financial toll on Iran, Russia and others for their efforts to solidify Assad’s authoritarian rule, as well as disrupt the Iranian regime’s funding of terrorist organizations,” he added.

Experts said this move was crucial in combating the Iranian threat.

“The scheme uncovered by the Treasury Department shows just how closely Iran and Russia are cooperating to not only help prop up the Assad regime financially, but to help finance the leading players in Iran’s global terrorism,” Boris Zilberman of the Foundation for Defense of Democracies told JNS. “So when Russia talks about cooperating with the United States to counter-terrorism this is empty rhetoric plain and simple.”

“As this scheme shows, Russia works hand in hand with some of the very terror groups we seek to counter,” he continued. “Russia is not a partner in our counter-terrorism efforts, but is, in fact, an adversary.”

“There are already sanctions on Russian arms exporters, but the United States should continue to uncover and sanction schemes such as this,” added Zilberman. “The administration could also consider, in conjunction with Israel, striking destabilizing arms transfers by Hezbollah.

“It’s an important step, and highlights just how much [Russian President Vladimir] Putin has supported Iran, Hezbollah and Assad, and how committed he is, despite hopes that Putin’s partnership with Iran is skin-deep short-lived,” the Washington Institute for Near East Policy’s Anna Borshchevskaya told JNS.

“Hard to tell if this pressure will succeed without being incorporated into a broader strategy,” she continued. “It comes as no surprise that the Kremlin said earlier this month it will continue to help Iran trade oil. It’s possible to imagine Moscow setting up another intermediary to continue shipping oil to the Syrian regime, but nonetheless, this is an important step.”

The State Department joined Treasury in sending a message to the Islamic Republic. 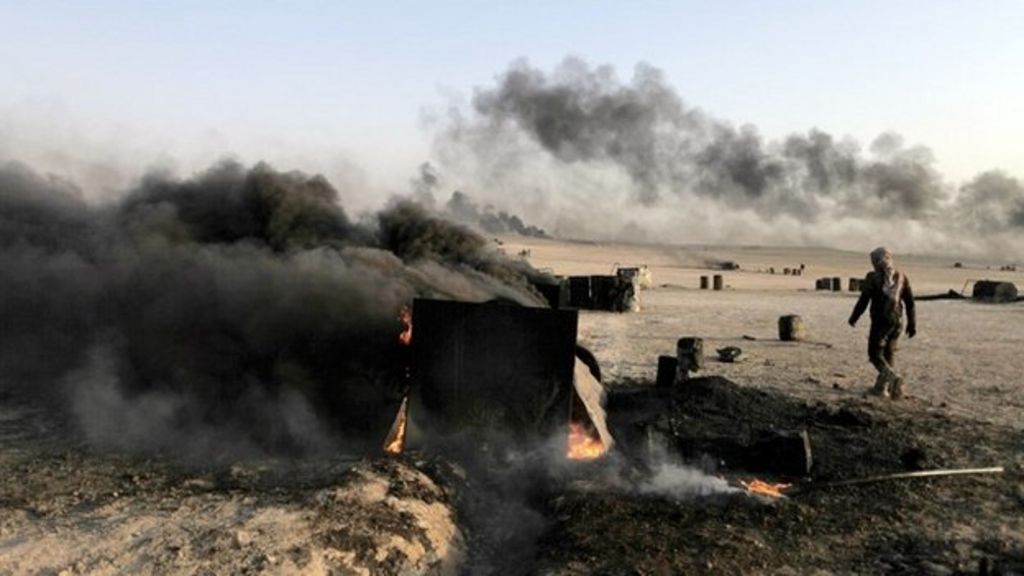 “The sanctions levied today directly target the Iranian regime’s exploitation of the international financial system to hide revenue streams it uses to fund terrorist activity, provide support for sectarian militias responsible for abuses against civilian populations and destabilize the region,” said the department in a statement. “The Iranian regime, Iranian-commanded forces inside Syria and the proxy terrorist groups it supports such as those targeted today continue to foment instability to extend their malign influence. These actions by the Iranian and Assad regimes undermine the legitimate processes to resolve the conflict in Syria.”

“This is a dangerous and irresponsible step that will further deepen Iran’s isolation,” warned Pompeo.

“The Iranian regime is no friend of America or Israel when they repeatedly call for the death of millions, including Muslims,” he added. “The Iranian people know better and do not agree with their government, which has badly represented them to the world for 39 years. The people have suffered under this tyranny for far too long.”

*** It is quite right that Iran is no friend of the United States or Israel. That Obama/Kerry nuclear deal was supposed to lay the groundwork for Iran to be a good citizen of the world….read on…not so much.

The six-count indictment alleges that Savandi and Mansouri, acting from inside Iran, authored malware, known as “SamSam Ransomware,” capable of forcibly encrypting data on the computers of victims.  According to the indictment, beginning in December 2015, Savandi and Mansouri would then allegedly access the computers of victim entities without authorization through security vulnerabilities, and install and execute the SamSam Ransomware on the computers, resulting in the encryption of data on the victims’ computers.  These more than 200 victims included hospitals, municipalities, and public institutions, according to the indictment, including the City of Atlanta, Georgia; the City of Newark, New Jersey; the Port of San Diego, California; the Colorado Department of Transportation; the University of Calgary in Calgary, Alberta, Canada; and six health care-related entities: Hollywood Presbyterian Medical Center in Los Angeles, California; Kansas Heart Hospital in Wichita, Kansas; Laboratory Corporation of America Holdings, more commonly known as LabCorp, headquartered in Burlington, North Carolina; MedStar Health, headquartered in Columbia, Maryland; Nebraska Orthopedic Hospital now known as OrthoNebraska Hospital, in Omaha, Nebraska and Allscripts Healthcare Solutions Inc., headquartered in Chicago, Illinois.

According to the indictment, Savandi and Mansouri would then extort victim entities by demanding a ransom paid in the virtual currency Bitcoin in exchange for decryption keys for the encrypted data, collecting ransom payments from victim entities that paid the ransom, and exchanging the Bitcoin proceeds into Iranian rial using Iran-based Bitcoin exchangers.  The indictment alleges that, as a result of their conduct, Savandi and Mansouri have collected over $6 million USD in ransom payments to date, and caused over $30 million USD in losses to victims.

“The Iranian defendants allegedly used hacking and malware to cause more than $30 million in losses to more than 200 victims,” said Deputy Attorney General Rosenstein.  “According to the indictment, the hackers infiltrated computer systems in 10 states and Canada and then demanded payment. The criminal activity harmed state agencies, city governments, hospitals, and countless innocent victims.”

“The allegations in the indictment unsealed today—the first of its kind—outline an Iran-based international computer hacking and extortion scheme that engaged in 21st-century digital blackmail,” said Assistant Attorney General Benczkowski.  “These defendants allegedly used ransomware to infect the computer networks of municipalities, hospitals, and other key public institutions, locking out the computer owners, and then demanded millions of dollars in payments from them. As today’s charges demonstrate, the Criminal Division and its law enforcement partners will relentlessly pursue cybercriminals who harm American citizens, businesses, and institutions, regardless of where those criminals may reside.”

“The defendants in this case developed and deployed the SamSam Ransomware in order to hold public and private entities hostage and then extort money from them,” said U.S. Attorney Carpenito.  “As the indictment in this case details, they started with a business in Mercer County and then moved on to major public entities, like the City of Newark, and healthcare providers, like the Hollywood Presbyterian Medical Center in Los Angeles and the Kansas Heart Hospital in Wichita—cravenly taking advantage of the fact that these victims depend on their computer networks to serve the public, the sick, and the injured without interruption.  The charges announced today show that the U.S. Attorney’s Office for the District of New Jersey will continue to act to disrupt such criminal acts, and identify those who are responsible for them, no matter where in the world they may seek to hide.”

“This indictment demonstrates the FBI’s continuous commitment to unmasking malicious actors behind the world’s most egregious cyberattacks,” said Executive Assistant Director Hess.  “By calling out those who threaten American systems, we expose criminals who hide behind their computer and launch attacks that threaten our public safety and national security.  The actions highlighted today, which represent a continuing trend of cyber criminal activity emanating from Iran, were particularly threatening, as they targeted public safety institutions, including U.S. hospital systems and governmental entities.  The FBI, with the assistance of our private sector and U.S. government partners, are sending a strong message that we will work together to investigate and hold all criminals accountable.”

Savandi and Mansouri are charged with one count of conspiracy to commit wire fraud, one count of conspiracy to commit fraud and related activity in connection with computers, two substantive counts of intentional damage to a protected computer and two substantive counts of transmitting a demand in relation to damaging a protected computer.

To carry out their scheme, the indictment alleges that the defendants also employed the use of Tor, a computer network designed to facilitate anonymous communication over the internet.  According to the indictment, the defendants maximized the damage caused to victims by launching attacks outside regular business hours, when a victim would find it more difficult to mitigate the attack, and by encrypting backups of the victims’ computers.  This was intended to—and often did—cripple the regular business operations of the victims, according to the indictment.  The most recent ransomware attack against a victim alleged in the indictment took place on Sept. 25, 2018.

This case was investigated by the FBI’s Newark Field Office.  Senior Counsel William A. Hall Jr. of the Criminal Division’s Computer Crime and Intellectual Property Section (CCIPS) and Assistant U.S. Attorney and Chief of the Cybercrimes Unit Justin S. Herring of the District of New Jersey are prosecuting the case.  The Department thanks its law enforcement colleagues at the National Crime Agency (UK), West Yorkshire Police (UK), Calgary Police Service (Canada), and the Royal Canadian Mounted Police.  Significant assistance was provided by the Justice Department’s National Security Division and the Criminal Division’s Office of International Affairs.