Formed in 1947, The National Security Council  is the President’s in house forum for national security and foreign policy matters. The President also has the ‘President’s Intelligence Advisory Board which is to assess intelligence collection and activities. The operating budget is unknown but it is estimated to be in the range of $18 billion.

The 1947 National Security Act established the NSC in order to “advise the President with respect to the integration of domestic, foreign, and military policies relating to the national security so as to enable the military services and the other departments and agencies of the government to cooperate more effectively in matters involving the national security.” Presidents have latitude to structure and use the NSC as they see fit. In practice, the NSC staff’s activities now extend somewhat beyond providing policy advice. First, as one former NSC official notes, “White House involvement is often needed for precise execution of policy, especially when secrecy is required to perform delicate tasks.” Second, the rise in strategic importance of transnational threats such as terrorism and narco-trafficking, along with post-Cold War military campaigns in the Balkans, Iraq and Afghanistan, have increasingly necessitated “whole of government” responses that leverage diplomatic, military, and development tools from a variety of different U.S. government agencies. The NSC often coordinates such responses, and as the international security environment has become more complex, whole-of-government responses to individual crises have become more frequent, translating into even greater NSC involvement. This is leading many scholars and practitioners to question the appropriate size, scope and role for the NSC.

Much has changed since 1947 especially under the GW Bush administration and then later under the Obama administration where the size of the NSC grew dramatically with approved appropriations from Congress. The NSC appears to have an estimated 400-500 people assigned. With this size of agency heads on the Council, staffers, lawyers and rotations, how can there be any real control? Are there misguided agendas inside the Council? For sure. What about leaks? Oh yes. At least 3 people assigned to the NSC have been fingered as leakers or whistle-blowers since Trump became President. An estimated 80% of the NSC staff comes from the CIA, the State Department and the Pentagon. 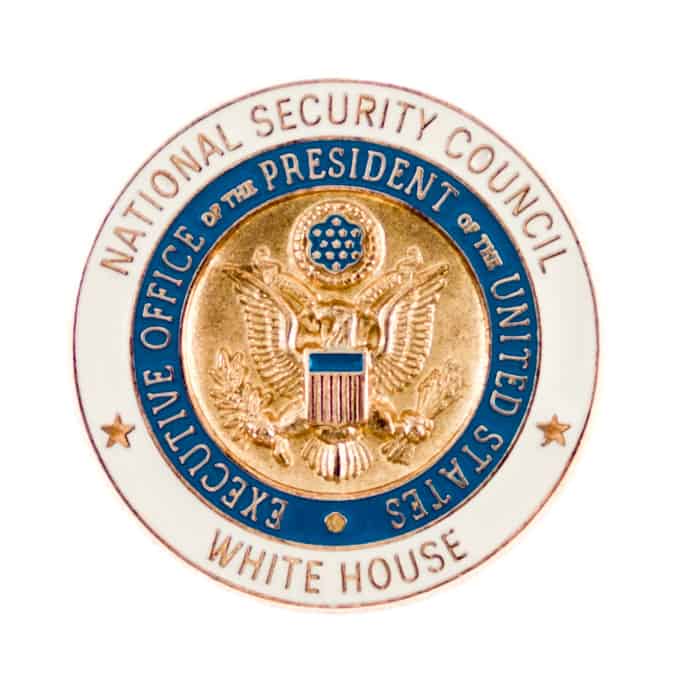 There are competing agencies inside the Federal government, think tanks, non-government agencies and the entire diplomatic wing as well as the agencies operating under what is commonly referred to as the IC= intelligence community. This agency is simply redundant and has overlapping policies.

Speaking of redundant, the next agency that should be eliminated is the DNI, know as the Director of National Intelligence, created in 2004. It is currently headed by Joseph Maguire. It oversees 16 other intelligence agencies, advises the President and produces the PDB, the Presidential Daily Briefing which is also shared with several other officials that are cleared to receive it. DNI was recommended by the 9/11 Commission report due to intelligence failures leading up to the attack on the United States. The annual budget for DNI is estimated to be in the range of $90 billion and there are over 2000 employees. There are 6 centers and 15 offices where the NIP, National Intelligence Program resides. There are four directorates, each led by a deputy director of national intelligence:

There are four mission centers, each led by a director of that center:

There are also four oversight offices:

For sure many things have changed with regard to national security and foreign relations since 1947 but it can be argued that confusion ensues with all the competing departments. There is the matter of the ongoing Overseas Contingency Operation, Cyber wars and now the military frontier of Space.

So the solution is to eliminate these two agencies and concentrate the work on the DIA, Defense Intelligence Agency. The DIA is in fact an intersection of the Department of Defense, the Intelligence Community, mobilized warfighters, policy-makers and force-planners including weapons systems acquisitions. DIA also covers, history, doctrine, economics, chemistry, asymetrical capabilities, cyber and political science.

Do you see the need for streamlining, control, management, and eliminating competing challenges? Perhaps this is but one solution to stopping leaks, draining more of the swamp, achieving concise intelligence and policy.