The 3 page indictment is found here.

Nicholas Roske, from California clearly planned for quite some time this plot to kill Supreme Court Justice Brett Kavanaugh. So, while he told the FBI he was having thoughts of suicide and suggesting he is mentally unstable, that likely wont work in the prosecution of his case.

A couple of important issues need to be understood when it comes to the protection of Supreme Court Justices and they include many inside the Beltway.

Senator Chuck Schumer only last year suggested while standing on the steps of the Supreme Court in a speech that Justice Gorsuch and Kavanaugh had better watch out….actually encouraging violence.

Then there is the Attorney General Merrick Garland who has refused to not only stop but arrest and prosecute those protesting outside the homes of the Judges on the bench.

This reads as follows: Whoever, with the intent of interfering with, obstructing, or impeding the administration of justice, or with the intent of influencing any judge, juror, witness, or court officer, in the discharge of his duty, pickets or parades in or near a building housing a court of the United States, or in or near a building or residence occupied or used by such judge, juror, witness, or court officer, or with such intent uses any sound-truck or similar device or resorts to any other demonstration in or near any such building or residence, shall be fined under this title or imprisoned not more than one year, or both.

So, in short, the top lawyer at the Department of Justice refuses to apply the law….and those protesting are led by the activists known as ‘Ruth Sent Us”.

A source describes this far left group as –>

Ruth Sent Us is a far-left group dedicated to launching protests against U.S. Supreme Court Justices who may vote to overturn Roe v. Wade, a decision that recognized a constitutional right to abortion. The group is named as a reference to the late Justice Ruth Bader Ginsburg, despite its Facebook group stating, “We acknowledge that Ruth Bader Ginsburg was racist and was also an iconic feminist!” [1] Ruth Sent Us intends to “defeat fascism” through protests that declare: “trust women,” “Black Lives Matter,” “Love is Love,” and “No Human is Illegal.” [2]

Ruth Sent Us advocates for the arrest and prosecution of “divisive, corrupt and illegitimate Republicans,” including “Trump, his criminal family, politicians and Supreme Court justices.” [3]

Ruth Sent Us lists no leaders or funders on its website. However, the group is connected to Sam Spiegel and Vara Ramakrishnan, two Democratic activists. The funding source for Ruth Sent Us, which pays for its website, protest organization, and stipends for protestors, is unknown, though the group is fundraising through Open Collective. [4] 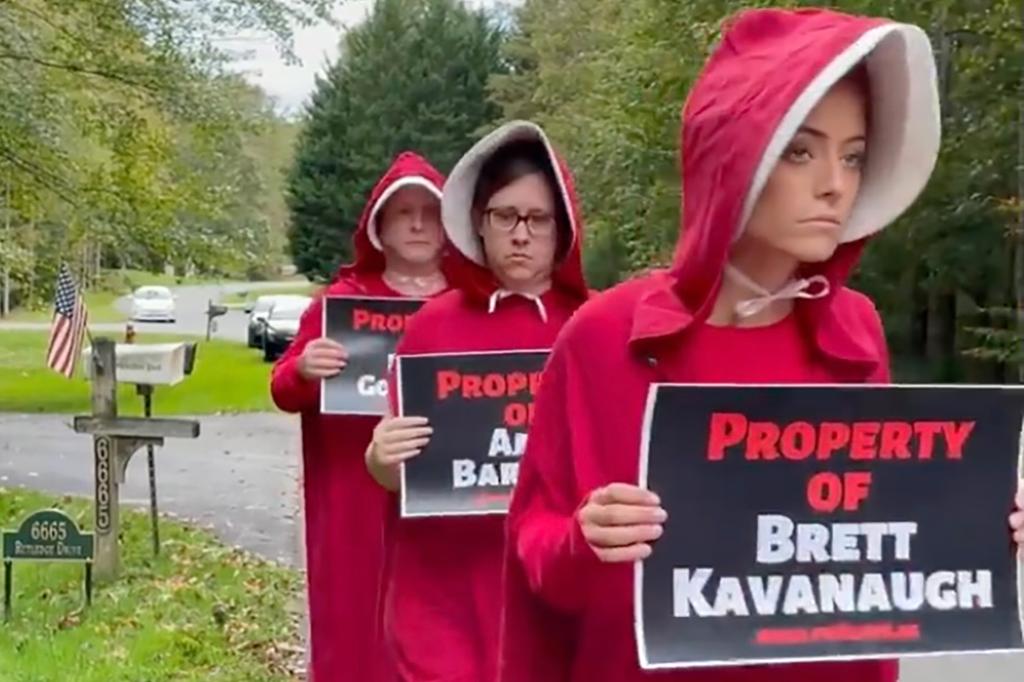 Another description is as follows –> According to 2018 filings with the Federal Election Commission (FEC), Spiegel is named as treasurer of the political action committee, Unseat. Spiegel’s name is used for the Unseat PAC’s Twitter page, amplifying videos from MeidasTouch.com going after conservative justices for their potential reversal of the decision in Roe v. Wade. Unseat’s pinned post is an attack on Justice Kavanaugh claiming without evidence that his seat on the high bench was purchased. The group hasn’t filed with the FEC for years.

The FEC statement for the Unseat PAC lists Spiegel with the same P. O. box that the domain tool yielded for RuthSent.us. The statement also revealed another name, Vara Ramakrishnan, whose apparent Facebook page includes references to #StrikeForChoice and links to RefuseFascism.org. The “Ruth Sent Us” website links to Strike For Choice, which shows “connections to groups including Black Lives Matter, Code Pink, Women’s March SF, Kavanaugh Off Our Court, and Rise Up 4 Abortion Rights,” as Judicial Network’s Carrie Severino noted.

Ramakrishnan’s name is also associated with another group called “Vigil for Democracy,” an LLC registered in Arizona in October, according to Bizapedia, an online company search engine. Vigil for Democracy is marked as a sponsor of the map posted on RuthSent.us that outlines where justices might live.

So exactly where are those national security letters from the FBI/DOJ? Exactly where is the investigation? This is for sure a building of and in some cases insurrection of a branch of government…the Justice system…..will there be a documentary on this produced by the far-left in Congress?