Primer: Joe Lockhart is Communications Director of the NFL He was President Clinton’s Press Secretary. Now on to Trumka, yeah that guy…

Richard L. Trumka is president of the 12.5-million-member AFL-CIO. An outspoken advocate for social and economic justice, Trumka is the nation’s clearest voice on the critical need to ensure that all workers have a good job and the power to determine their wages and working conditions. He heads the labor movement’s efforts to create an economy based on broadly shared prosperity and to hold elected officials and employers accountable to working families.

Per the AFL-CIO website, Trumka in part made this statement:

Racism plays an insidious role in the daily lives of all working people of color. This is a labor issue because it is a workplace issue; it is a community issue, and unions are the community. Philando Castile was a union member, and so his family is our family. Last year the AFL-CIO launched a Commission on Racial and Economic Justice to address the issues faced by our brothers and sisters of color and to take a hard look at ourselves to ensure we practice what we preach. The Commission aimed to educate working people on the way racism weakens the collective power of all working people.

It is haunting that only two years ago I delivered a speech in St. Louis in the aftermath of Mike Brown’s death denouncing systemic racism in the United States. Since then, hundreds of people have lost their lives in incidents involving police officers, and African-Americans continue to be disproportionately impacted. Labor cannot and will not sit on the sidelines when it comes to racial justice. It is not enough to simply say “Black Lives Matter.” We must and will continue to fight for reforms in policing and to address issues of racial and economic inequality.

It was without much press, but after the matter of Charlottesville, many of President Trump’s advisory committees that had members from private industry and unions, disbanded. Richard Trumka was one such person, just last month that quit.

The president of the AFL-CIO stepped down from a council advising the White House on Tuesday, hours after President Trump reiterated that both sides were to blame for deadly violence in Charlottesville, Va., where white supremacist groups rallied over the weekend.

He announced that both he and AFL-CIO leader Thea Lee would step down from Trump’s Manufacturing Advisory Board.

“We must resign on behalf of America’s working people, who reject all notions of legitimacy of these bigoted groups.”
Trumka said earlier Tuesday he was still considering whether to leave the advisory board after Trump condemned racism as “evil.”
But Trump’s blame of the “alt-left” for charging white supremacist and neo-Nazi protestors prompted Trumka and Lee to leave the board.

Trump on Tuesday warned CEOs on his several advisory panels that they could be easily replaced for expressing their political views, following the departure of three business chiefs from a manufacturing board on Monday.

“For every CEO that drops out of the Manufacturing Council, I have many to take their place,” Trump tweeted. “Grandstanders should not have gone on. JOBS!”

Four CEOs left Trump’s American Manufacturing Council following his widely criticized response to violence this weekend in Charlottesville, Va., where white nationalists and neo-Nazis held a large rally and fought with counterprotesters, leading to the death of one counterprotester. What does this have to do with the NFL?  Notice below, the NFL Players Union… The head of the NFL Players Association sits on the executive council of the AFL-CIO, a labor union federation. Trumka love the money access and it is no wonder the league and owners are capitulating with the players….they cannot afford a strike, walk out.

Despite generating more than $12 billion in annual revenue, the National Football League doesn’t have enough money to cover future retirement benefits, but the league has been working hard to close the funding gap in its pension plan which covers more than 12,000 current and former NFL players in 2016. 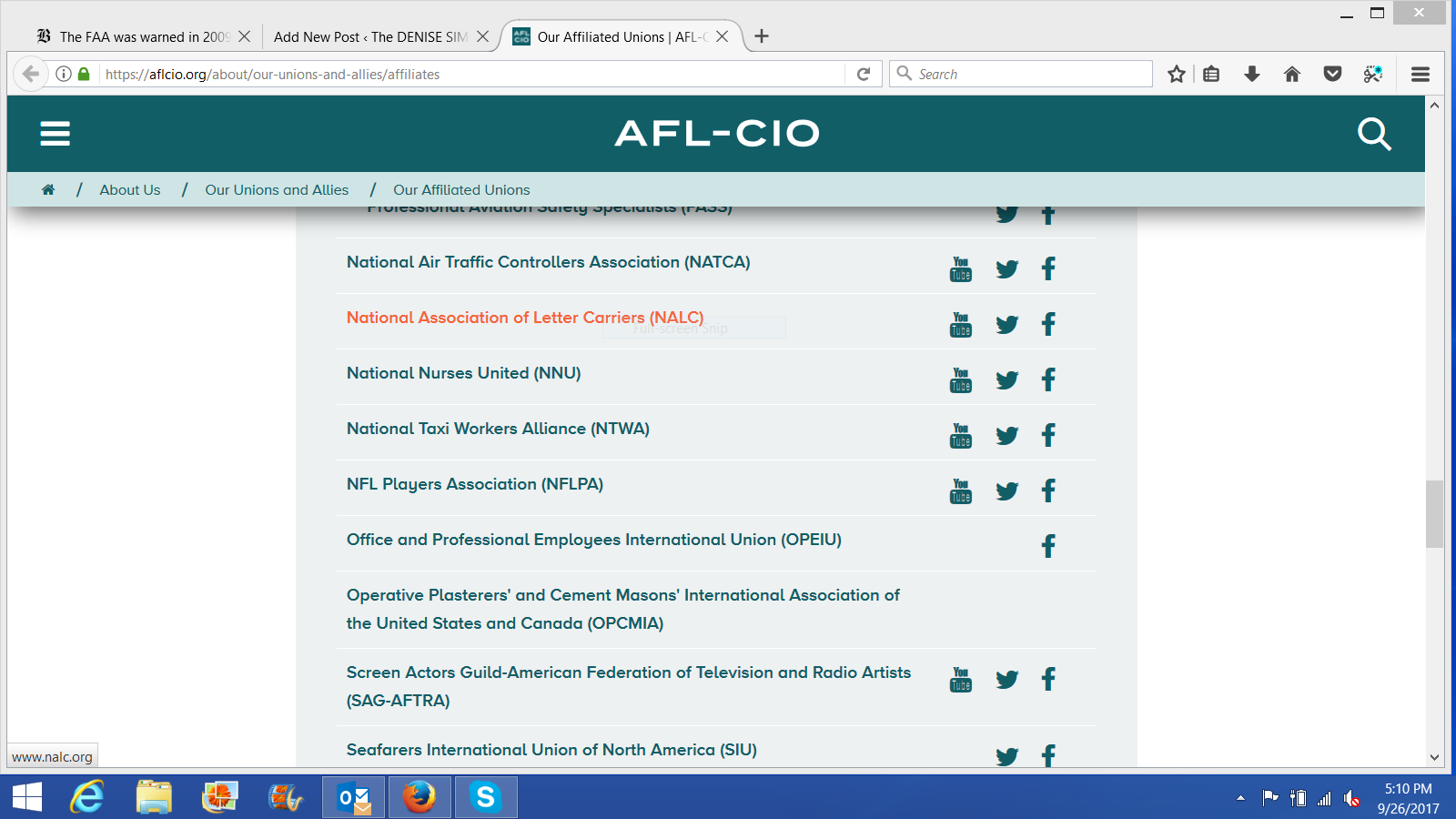