There are at least two side deals, which Susan Rice admitted to. One dealing with the IAEA and the other of the PMD’s (possible military dimension) sites with particular emphasis on Parchin and Fordow. 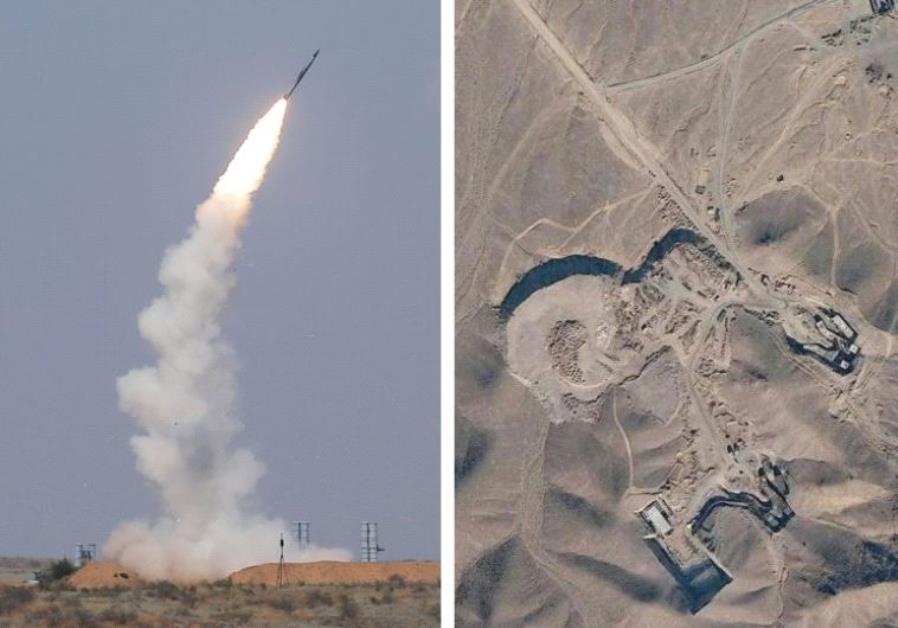 So, what is going on now?

For some historical context on the deal…..

When the Obama administration decided to launch this effort, he even called on the Catholic Bishops? Are we to assume there was some confab at the Vatican? Yup!

Back in March 2014, a delegation of US bishops made a historic visit to Qom, Iran and held a meeting with Iranian religious leaders. On November 17, an audience at the Carnegie Endowment for International Peace in Washington, DC will have the chance to hear firsthand what they discussed in Qom, and during a subsequent meeting in Rome in June of this year.

The first meeting focused on the need for a world free of nuclear weapons. Following up on opportunities presented by this visit, in July 2014, Ploughshares Fund provided a $50,000 grant to the US Conference of Catholic Bishops (USCCB) to build a sustainable and effective channel of communication between US and Iranian religious leaders. Supporting such ‘Track II’ dialogues can indirectly aid official negotiations around tough issues, in this case, talks around Western sanctions and Iran’s nuclear program.

Although purely a people to people moral dialogue, the sensitive political situation made it difficult for a reciprocal delegation of Muslim clerics from Iran to visit the US, so the two parties met in Rome. The June 5-10 encounter focused on the moral tenets of each faith, especially as they relate to human rights, weapons of mass destruction, and terrorism. Keeping this constructive dialogue open remains important – even though the Iran nuclear agreement has entered into effect and is working, relationships between Iranians and Americans remain fragile.

Following the dialogue, a joint declaration was issued by US Catholic bishops and Iranian religious leaders calling for developing a culture of encounter, tolerance, dialogue and peace that respects the religious traditions of others. The leaders emphasized that they regard the development and use of weapons of mass destruction and acts of terrorism as “immoral.”

“Together,” Bishop Cantú said on the occasion, “we commit ourselves to continued dialogue on the most pressing issues facing the human family, such as poverty, injustice, intolerance, terrorism, and war.” He called the joint declaration “the fruit of sincere dialogue between two religions that are united in their concern for the life and dignity of the human person.”

Ploughshares Fund is proud to support these extraordinary dialogues, which aid in fostering cross-border understanding around the thorniest problem we face today: the risks associated with nuclear weapons and nuclear weapons proliferation.

*** Who is Ploughshares? It was founded by Sally Lilienthal.

Instead of getting ready for a quiet life of retirement, the 62-year-old sculptor, human rights activist and mother decided to take on nuclear weapons.

“I thought that if a lot of people felt the same way I did but didn’t know what to do about it, we might get together and search for new ways together to get rid of nuclear weapons that were threatening us all,” she later told the San Francisco Chronicle.

With a little help from her friends and a lot of grit and determination, Sally founded Ploughshares Fund in her San Francisco living room in 1981, the same year IBM announced its first Personal Computer.

Sally was ahead of her time in many ways. After college, she moved to Washington, DC during World War II to work in the Office of War Information when few women held office jobs. Later, she co-founded the California chapter of the NAACP Legal Defense and Education Fund, served on the regional ACLU board and was national vice chairwoman of Amnesty International.

*** Where did the 35-year-old organization get its war chest to support a major media organization’s coverage of the negotiations and contribute so generously to one of the most prominent campaigns championing the deal?

Mostly through other large-scale grant-making foundations and philanthropic organizations, some of the largest in the world, such as The John D. and Catherine T. MacArthur Foundation, The Hewlett Foundation, Open Society Foundations and the Rockefeller Brothers Fund, each of which gave more than $100,000 to Ploughshares in 2015, according to its latest financial report. The craigslist Charitable Fund, of the classified advertisement website company, chipped in with between $25,000 and $99,000.

Ploughshares also received its share of support from members of the Hollywood community, particularly Jewish ones. It received a donation of between $10,000 and $24,999 from actor Michael Douglas, and between $5,000 and $9,999 from the Streisand Foundation, which was established by the Jewish singer-actress Barbra Streisand.

Through the rest of its donors, Ploughshares received $6,980,384 last year, much of which went toward pushing the nuclear accord, which was struck between the P5+1 world powers and Iran last July and then defeated congressional scrutiny. In September, a bill to reject the deal ultimately failed to receive the required backing to override President Obama’s veto power.