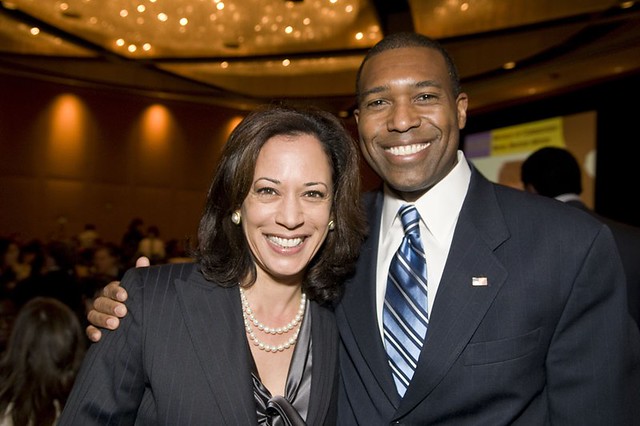 Remember him? He was part of the Obama/Holder inner circle and in charge of billions of dollars located at the Holder/Lynch Justice Department slush fund.

Hat tip to the House Judiciary Committee Chairman Bob Goodlatte for holding up the smoking gun.

He introduced legislation to stop the nefarious nonsense and it passed the House.

Tony by the way is the President of the PepisCo Foundation and he helped repeal DOMA, Defense of Marriage Act. You know those big cases where Justice sued Wall Street banks and won huge settlements? See this link here as a reminder.

Sidebar: There is also a victims fund which is also has very subjective payout activities. It is managed by the Department of Justice and is discretionary.

Sidebar: The real anger and the fraudulent part of the case is the 2 for 1 dollars if the corporations paid the money directly at the behest of the DoJ, meaning insurance and tax fraud and also means that it would not be subject to Congressional oversight. WHAT?

Okay now for the slush fund story at the Justice Department:

Forbes: Internal U.S. Department of Justice documents confirm the existence of a department “slush fund” under the Obama Administration and that DOJ officials “went out of their way” to exclude conservative groups, the head of the House Judiciary Committee told fellow lawmakers Tuesday.

House Judiciary Chairman Bob Goodlatte, R-VA, made the claim just ahead of a vote by the U.S. House of Representatives on a bill that would prohibit government officials, most notably the DOJ, from entering into or enforcing a settlement agreement on behalf of the United States that provides for a payment or a loan to any person or entity other than the United States, with some exceptions.

On Tuesday evening — after hours of discussion — the House voted mostly along party lines, 238-183 in favor of the bill. Of the “yes” votes, 231 were Republican and seven were Democrat. Democrats made up all 183 “no” votes. Eleven members did not vote.

U.S. Rep. Doug Collins, R-GA, who introduced the Sunshine for Regulations and Regulatory Decrees and Settlements Act of 2017, or H.R. 469, in January, said during debate Tuesday that it is simply unacceptable to “shortchange victims.”

“It’s a problem we’ve seen grow,” Collins said of the settlement agreements, adding that it’s a “scenario that should concern everyone.”

Hastings criticized Republicans for putting forth such “pointless and partisan” legislation, given that Barack Obama is no longer in office and that other, more important issues demand the attention of federal lawmakers.

He also argued that a House Judiciary Committee investigation “yielded no credible evidence.”

Goodlatte has said the need for the legislation arose after an extended judiciary committee investigation found that the DOJ had engaged in a pattern or practice of systematically subverting Congress’ budget authority by using settlements from financial institutions to funnel money to what he describes as “left-wing activist groups.”

The House Judiciary Committee held two hearings, in February 2015 and May 2015, to question DOJ officials regarding the settlement practices.

Both the House Judiciary and Financial Services committees also sent multiple oversight letters, including two to the DOJ, seeking documents and answers.

The probe by the two committees revealed that, in approximately the last two years, the DOJ used mandatory donations to direct nearly $1 billion to such groups.

In January, the judiciary panel also sent a letter to the DOJ requesting it preserve all documents related to the department’s settlement practices.

“It is not every day in Congressional investigations that we find a smoking gun,” Goodlatte told fellow lawmakers Tuesday, pointing to the documents. “Here, we have it.”

“Can you explain to Tony the best way to allocate some money to an organization of our choosing?” the deputy wrote in a November 2013 email.

In a July 2014 email, a senior official explained that the DOJ reworded a draft mandatory donation provision to achieve the aim of “not allowing Citi to pick a statewide intermediary like the Pacific Legal Foundation [PLF],” which the official explained “does conservative property-rights free legal services.”

The documents also show outside groups lobbied the DOJ directly to obtain such incentives.

In particular, activist leaders met with a senior official from West’s office in March 2014 to “make the case” that, in settling mortgage-lending cases, the DOJ should make donations “mandatory in all future settlements.”

This follows a letter requesting that the DOJ offer banks “enhanced credit” for making donations.

In an August 2014 email, recipient organizations then discuss how they can “thank” West for the money.

One organization, in the correspondence released, suggested a resolution and a formal plaque — and even threw out the idea of having a statue of West built so they could “bow down to this statue each day after we get our $200,000+.”

The documents are contrary to the DOJ’s sworn testimony.

Geoffrey Graber, former deputy associate attorney general and director of the Residential Mortgage-Backed Securities, or RMBS, Working Group at the DOJ, had told Congress in February 2015 that the department “did not want to be in the business of picking and choosing which organization may or may not receive any funding under the agreement.”

Graber now serves as a partner at Cohen Milstein Sellers & Toll PLLC and is a member of the firm’s consumer protection practice group.

“This legislation, however, remains necessary because history shows that we cannot rely on the current DOJ policy remaining in place,” Goodlatte said.

His bill provides exceptions to allow payments or loans that: (1) remedy actual harm (including to the environment) caused by the party making the payment or loan, or (2) constitute a payment for services rendered in connection with the case or a payment that a court may order for restitution to victims in certain criminal cases or other persons in plea agreements.

Under H.R. 732, government officials or agents who violate this prohibition may be removed from office or required to forfeit to the government any money they hold for such purposes “to which they may otherwise be entitled.”

Also under the bill, federal agencies must report annually for seven years to the Congressional Budget Office about the parties, funding sources and distribution of funds for their settlement agreements permitted by the exceptions in this bill.

In addition, agency inspectors general must report annually to Congress about any of their agency’s settlement agreements that violate this bill.

The legislation previously passed the House Judiciary Committee by a vote of 17-8.

In June, U.S. Attorney General Jeff Sessions issued a memo to all DOJ components and 94 U.S. Attorney’s Offices prohibiting them from entering into any third party settlements.

“When the federal government settles a case against a corporate wrongdoer, any settlement funds should go first to the victims and then to the American people — not to bankroll third-party special interest groups or the political friends of whoever is in power,” Sessions said. “Unfortunately, in recent years the Department of Justice has sometimes required or encouraged defendants to make these payments to third parties as a condition of settlement.

“With this directive, we are ending this practice and ensuring that settlement funds are only used to compensate victims, redress harm, and punish and deter unlawful conduct.”

Goodlatte praised Sessions for his decision.

“The practice is wrong no matter which party is in power,” he said at the time. “Attorney General Session’s integrity stands in stark contrast to the behavior of Obama Administration officials who used their position to funnel billions of settlement dollars to their political allies.”

He echoed that statement following his bill’s passage Tuesday.

“Regardless of which party is in the White House, subverting Congress to funnel money to outside organizations is unacceptable and unconstitutional,” Goodlatte said.

“I applaud the passage of this bipartisan bill that bans settlement payments to non-victim third parties permanently for future administrations. There should be no excuse or justification for this banned behavior, and I urge my colleagues in the Senate to defend Congress’s constitutional interests and support H.R. 732.”

Americans for Limited Government, a Fairfax, VA-based conservative nonprofit, commended Goodlatte for his release of the internal DOJ documents.

Manning said Goodlatte was right to seek to defund such third-party settlements, calling them “nothing more than political payola” to radical, left-wing groups.

“Goodlatte’s disclosures show once again that there wasn’t single area of government that Obama did not corrupt into being a part of a left-wing funding machine,” he said. “Obama’s Justice Department effectively appropriated federal funds to these third-party groups without Congressional approval, violating Article I of the Constitution as this was a revenue stream to the government that was then illegally diverted to political ends.

“The actors who signed off on those political allocations should be subjected to the full weight of the law, including loss of pension and at the very least significant fines.”