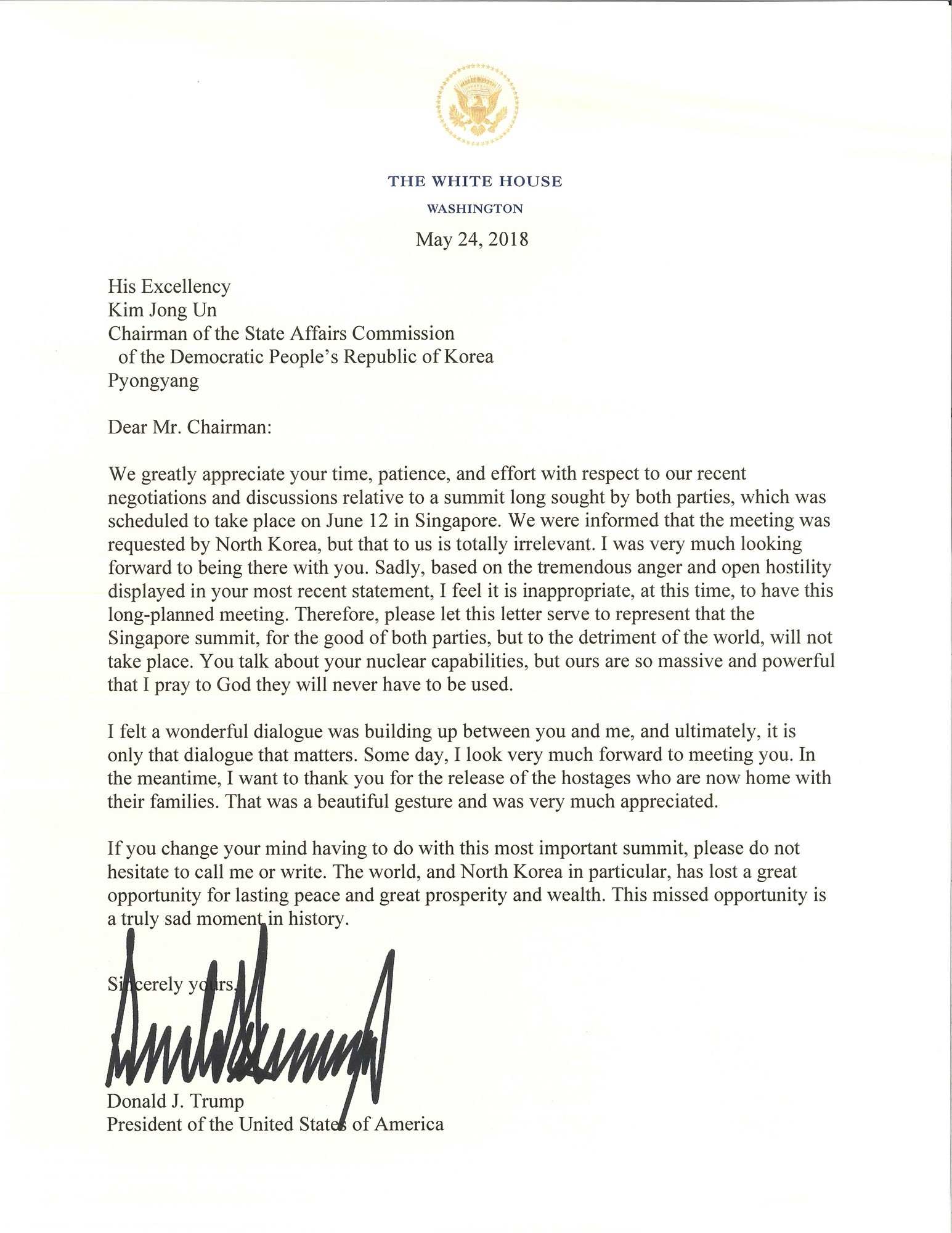 There are several things in play. China, Iran and Russia and North Korea are watching all U.S. positions and it began with the Pompeo demands announced of Iran since exiting the JCPOA, nuclear deal. Iran has not only responded with several nasty grams but Iran is putting threats towards Europe on many of their demands to stay in the deal.

National Security Counsel chair John Bolton is also being blamed by North Korea for the breakdowns due to the reference of the Libya model. That is an excuse as the Libya model for removing the nuclear program was far in advance of the removal of Maummar Gaddafi and his eventual death.

Further, there is the matter of China injecting itself into the preparations and talks between North Korea and the United States. North Korea follows all advise and leads from President Xi. Now, where are those pesky nuclear weapons in North Korea since the nuclear test site collapsed and was further blown up in a gesture move for selected outside media? 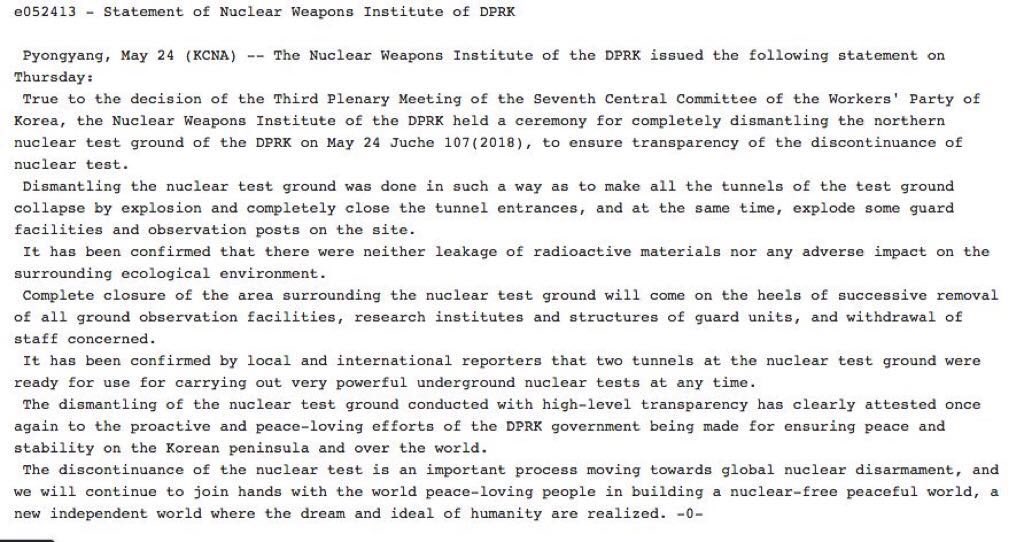 There is also the issue of the other locations of interest in North Korea that the United States is well aware of that proves China has aided and assisted in the military sites and nuclear program as had Iran and Russia. China does not want to be confronted with that proof.

Further, there is the matter of the ‘nuclear umbrella’.

In this book, Terence Roehrig provides a detailed and comprehensive look at the nuclear umbrella in northeast Asia in the broader context of deterrence theory and U.S. strategy. He examines the role of the nuclear umbrella in Japanese and South Korean defense planning and security calculations, including the likelihood that either will develop its own nuclear weapons. Roehrig argues that the nuclear umbrella is most important as a political signal demonstrating commitment to the defense of allies and as a tool to prevent further nuclear proliferation in the region. While the role of the nuclear umbrella is often discussed in military terms, this book provides an important glimpse into the political dimensions of the nuclear security guarantee. As the security environment in East Asia changes with the growth of North Korea’s capabilities and China’s military modernization, as well as Donald Trump’s early pronouncements that cast doubt on traditional commitments to allies, the credibility and resolve of U.S. alliances will take on renewed importance for the region and the world.

The U.S. nuclear umbrella in the region is not focused on North Korea but also incorporates planning against potential Chinese aggression. Nullifying or weakening the umbrella over the Peninsula, some would argue, might leave South Korea open to potential Chinese coercion and send the wrong signal at a time when China is seem by some as trying to pressure Taiwan and reassert its influence in the region.

Related reading: Japan Under the US Nuclear Umbrella

Related reading: The US Nuclear Umbrella Over South Korea