Joe Biden’s National Security Advisor, Jake Sullivan is not exempt either. He was always Hillary’s secret agent man including the back channel in the beginnings of the Iran nuclear deal. His fingerprints are all over the Perkins Coie, Clinton campaign and Russian collusion lies. He needs a subpoena along with dozens of others and should be stripped of his security clearance. 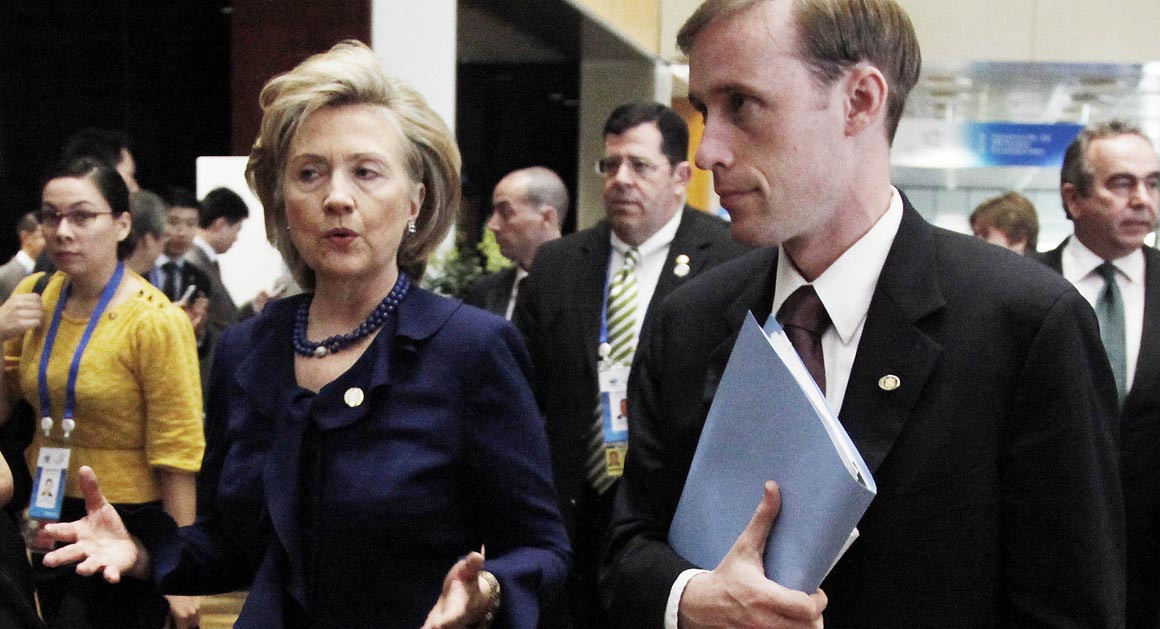 In part from Yahoo News: In the closing days of the 2016 race, former Secretary of State Hillary Clinton tweeted: “Computer scientists have apparently uncovered a covert server linking the Trump Organization to a Russian-based bank.”

She also shared a lengthy statement from Sullivan, one of her top advisers.

“This could be the most direct link yet between Donald Trump and Moscow,” Sullivan claimed. “Computer scientists have apparently uncovered a covert server linking the Trump Organization to a Russian-based bank. This secret hotline may be the key to unlocking the mystery of Trump’s ties to Russia… This line of communication may help explain Trump’s bizarre adoration of Vladimir Putin.”

Sullivan added: “We can only assume that federal authorities will now explore this direct connection between Trump and Russia as part of their existing probe into Russia’s meddling in our elections.”

“Alfa Bank” is mentioned nine times in special counsel Robert Mueller’s report, but never in reference to the alleged Trump-Russia server story. In his December 2019 report, DOJ Inspector General Michael Horowitz said the FBI “concluded by early February 2017 that there were no such links” between Alfa Bank and the Trump Organization. 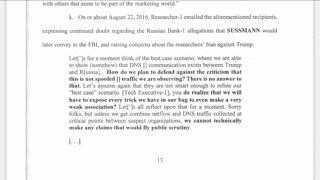 FNC: Former Director of National Intelligence Ric Grenell said the indictment of Perkins-Coie attorney Michael Sussmann by Special Counsel John Durham is an important development in the probe into the origins of the FBI’s investigation into connections between the Trump campaign and Russia, but is not necessarily key to the entire genesis of the Russia investigation.

Grenell, who also served as President Trump’s ambassador to Germany, called the entire probe “such a ‘swamp’ situation” and added that Sussmann was simply one of the subjects of 63 transcripts released while he was DNI, after Durham requested them.

“I hope that we have a lot of time to focus on these issues going forward. The media that pushed this, I don’t believe that the FBI officials were duped by an outside lawyer working with Hillary Clinton who lied about his client,” Grenell, speaking on “Fox News Primetime,” said of Sussmann.

“Michael Sussmann, whoever he is and whatever lie he told, we released his transcript … There is a treasure trove of information of people lying under oath in these,” Grenell said.

As Durham, a former Connecticut federal prosecutor, is investigating the origins of the Russia investigation, Grenell advised that the original Russia probe continued past September of 2016 not because of “some lawyer [lying] to the FBI about who he was working for – because the FBI leadership knew this information was wrong –  they continued the investigation because it would help Hillary Clinton.”

The First Possible Prosecution from the Durham Investigation

“Everybody in Washington — lobbyists, newsrooms, a whole bunch of people — wanted Hillary to win. So what did they do? They allowed this opposition research to become part of the DOJ and FBI. That is so scary to think that politics permeated into the DOJ and to the FBI. This is what we call political prosecution, and when it happens in third world countries we call it out.”

Host Lawrence Jones added that one person of interest to him who is allegedly connected to the Sussmann case is current Biden national security adviser Jake Sullivan. The Vermont native previously served under Clinton when she was secretary of state and further advised her 2016 campaign.

“Sussmann claimed [evidence presented to the FBI] it was a tip from a cybersecurity expert who had nothing to do with Hillary Clinton, even though he worked for her. Total coincidence, sure,” he said.

“I guess it is also a coincidence that Hillary tweeted about it around the same time: Jake Sullivan … signed off on that tweet. Now, that’s significant.”

As the Washington Examiner reported, Clinton tweeted that “computer scientists have apparently uncovered a covert server linking the Trump Organization to a Russian-based bank,” later adding a statement from Sullivan:

“This could be the most direct link yet between Donald Trump and Moscow… This secret hotline may be the key to unlocking the mystery of Trump’s ties to Russia… This line of communication may help explain Trump’s bizarre adoration of Vladimir Putin,” wrote Sullivan at the time, according to the outlet.

Hillary Clinton’s other secret agent man was Marc Elias who headed up the Perkins Coie law firm. He hired Crowdstrike and Fusion GPS. Another fact is he was the campaign lawyer of record for Kamala Harris when she ran for president. 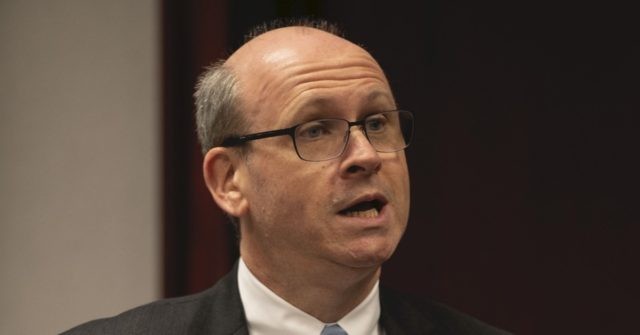