Durham “has told the Justice Department that he will ask a grand jury to indict a prominent cybersecurity lawyer on a charge of making a false statement to the FBI,” the New York Times reported on Wednesday, citing “people familiar with the matter.”

Sussmann’s lawyers, Sean M. Berkowitz and Michael S. Bosworth, acknowledged Wednesday that they expected him to be indicted, but denied wrongdoing.

“Mr. Sussmann has committed no crime,” they told the Times. “Any prosecution here would be baseless, unprecedented and an unwarranted deviation from the apolitical and principled way in which the Department of Justice is supposed to do its work. We are confident that if Mr. Sussmann is charged, he will prevail at trial and vindicate his good name.

Durham has until the weekend to charge Sussmann because of a five-year statute of limitations, the newspaper said. source 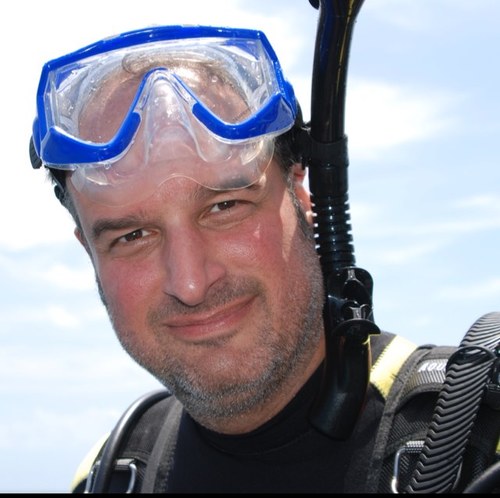 Breaking report from the New York Times (Savage and Goldman, et al.): Special Counsel John Durham “will ask a grand jury to indict” former DNC/Clinton campaign lawyer (and Perkins Coie partner) Michael Sussman for giving false statements. The false statement charges would relate to a September 19, 2016 meeting FBI lawyer James Baker had with Sussman, where Sussman relayed to the FBI the discredited theory that the Trump Organization was communicating with Alfa Bank.

Mr. Baker, the former F.B.I. lawyer, is said to have told investigators that he recalled Mr. Sussmann saying that he was not meeting him on behalf of any client.

This was contradicted by (1) Sussman’s testimony to Congress; and (2) Sussman’s own billing records. Sussman’s lawyers acknowledged “they expected him to be indicted.”

As to Sussman’s testimony, here is a portion where he discusses the Alfa Bank information was given to him by a client.

As we have discussed, the New Yorker first reported back in 2020 that Durham had impaneled a grand jury relating to the false Alfa Bank/Trump Organization story. There is the potential that former Feinstein staffer Daniel Jones – as well as the researches behind the Alfa Bank matter – will also face charges of giving false information to federal officials.

More recently, we noted that Fusion GPS has been fighting to keep secret its communications about Trump/Alfa Bank secret in a civil suit. Court records we reviewed appear to show the degree with which Fusion GPS, Glenn Simpson, and their associates went in drafting and promoting the false Alfa Bank/Trump Organization story.

One court document of interest is this August 26, 2016 e-mail from Fusion GPS to Michael Sussman.

The e-mails correspond to the dates the Alfa Bank/Trump Organization was getting media exposure. One has to wonder what other correspondence Sussman had with Fusion GPS.

Questions have long been asked about Sussman’s involvement in the potential cover-up of the DNC hack in 2016. It was Sussman who brought in CrowdStrike (given his close relationship with founder Shawn Henry) to look into the DNC hack. According to Politico:

In late April [2016], the DNC’s IT department noticed some suspicious behavior and contacted DNC chief executive officer Amy Dacey, according to a DNC official. Dacey reached out to DNC lawyer Michael Sussmann, a partner at the Perkins Coie law firm and a former federal prosecutor specializing in cybercrimes. Sussmann called Shawn Henry, the president of cybersecurity firm CrowdStrike, to get his company’s help.

This CrowdStrike/Perkins Coie links put into perspective this information in the the New York Times article, where Durham

has been pursuing a theory that the Clinton campaign used Perkins Coie to submit dubious information to the F.B.I. about Russia and Mr. Trump in an effort to gin up investigative activity to hurt his 2016 campaign.

If that is the case, then we doubt it would be limited to the Alfa Bank allegations.

We’ll be following the Sussman story closely and will post the charging documents and criminal information once – or if – Durham gets the indictment. (hat-tip)

When Fox News anchor Bret Baier asked about the origin of the infamous Trump dossier, James Comey brushed off most of the questions. The former Federal Bureau of Investigations director said someone on his “senior staff”—he couldn’t remember who—had “briefed” him on the dossier “sometime in the fall” of 2016. Mr. Comey had been told it came “from a reliable source.” He insisted he “never knew exactly which Democrats had funded” it. He then continued on about his book, which meditated on the importance of “truth.”

Testifying before a joint session of the House Judiciary and Oversight Committees, Mr. Baker said Mr. Sussmann approached him. The contact was initiated before the FBI and Justice Department applied for a Foreign Intelligence Surveillance Act warrant for key Trump campaign figure Carter Page, according to the Daily Caller’s report.

Mr. Baker was instrumental in obtaining the warrants for Mr. Page. source