Facebook sold ads for up to $100,000 each incident. Facebook is expected to send a representative to participate in a panel in a Senate hearing.

It is also important to note Russia Today, now known as RT is to formally register as a foreign agent. Sputnik News may be asked to do the same. 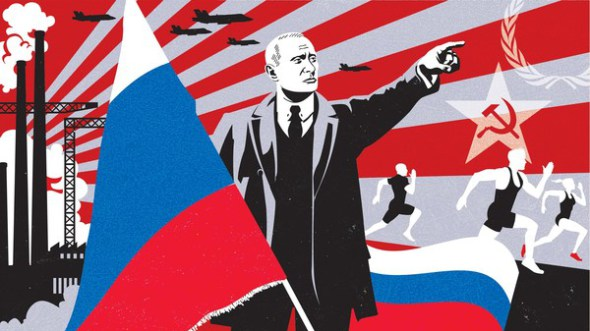 The recent news that Robert Mueller obtained a search warrant for the contents of Facebook accounts associated with Russian operatives trying to undermine the 2016 presidential election was a key turning point in our knowledge of his investigation that could transform the scope of the inquiry and the legal strategy of the people in the special counsel’s sights.

Before news of the Facebook search warrant broke, it appeared that Mueller was focused on several discrete areas of inquiry, such as potentially false disclosures by former Trump campaign chair Paul Manafort, potential tax charges and alleged obstruction of justice related to President Donald Trump’s firing of former FBI Director James Comey. Mueller’s warrant tells us that the special counsel is closing in on specific foreigners who tried to undermine our democracy, that he’s serious about going after Russian interference and he is far enough along to convince a federal judge that he has good evidence of such a crime. Read the full article here.

The Hill: The American public should be furious about the recent revelations regarding Russian manipulation of social media. What the public should not be is surprised. Although exploitation of cyber venues may be a new twist, it is just another chapter in an old story.

For the better part of a century, Russia (including its Soviet predecessor), Soviet proxies, as well as other countries have attempted to exploit wedge issues and social unrest to interfere with U.S. internal politics. These countries’ objectives are likely twofold: driving policies toward a desired outcome and forcing the United States to focus inward, distracting it from international developments.

From the 1930s onward, the Soviet Union and its Russian successor have consistently exploited divisions in American society to Moscow’s advantage. Moscow, starting with its Popular Front strategy in the mid-1930s, has insinuated its proxies into grievance-driven domestic coalitions.

These ranged from the Great Depression’s disenfranchised, to the anti-nuclear and pro-peace crowds. More recently, according to the Office of the Director of National Intelligence, Russia attempted to co-opt populists on both ends of the ideological spectrum by facilitating both the Occupy movement, via the Russian television network RT, and the far right, members of which have looked to Vladimir Putin as an exemplar of traditional values.

In addition to efforts at co-optation of mass movements, the Soviet Union attempted to inflame tensions within American society. In the 1960s, Soviet officials skulked around Capitol Hill, querying offices on a variety of issues including the dynamics of the civil rights movement.

For instance, one official specifically wanted to know about which civil rights leaders had been excluded from a White House meeting. This collection activity probably indicated Moscow’s desire to get smarter on a hot-button topic, which it could then exploit through an “active measures” campaign.

The civil rights issue came full circle when, in 1980, the Soviets surfaced a forgery which purported to show the U.S. government as using the CIA against African-Americans.

Cuba, a Soviet satellite, pursued similar disruptions against the United States. The Cuban government viewed American minorities as a constituency that Havana could incite to create mayhem on U.S. soil. Fidel Castro, himself, suggested that he could prompt a race riot at a time of his choosing.

Furthermore, Cuba arguably attempted to weaponize criminality against the United States when, in 1980, it seeded 8,000 criminals into the Mariel boatlift’s refugee population.

Given Venezuela’s status as a protégé of Cuba, it is hardly surprising that Caracas, under Hugo Chavez, sought to exploit socioeconomic tensions by distributing subsidized heating oil for low-income Americans as a propaganda ploy.

The Soviet/Russian-perpetrated and inspired attempts to exploit divisive U.S. political issues is notable but hardly unique to Moscow and its minions. China, during the 1960s, courted U.S. Maoist-inspired groups, including the Revolutionary Union, that embraced militancy.

More recently, the Chinese government, known for keeping a tight rein on social media, nevertheless seemed to let its WeChat platform off the leash to stir up rallies against the New York Police Department in 2016.

This history of foreign-sponsored disruption suggests that U.S. adversaries and competitors are sufficiently knowledgeable about the tensions within American society to effectively exploit them. The jury is out on whether Washington is paying similar attention.

Both the Church and Pike investigations of American intelligence in the mid-1970s produced skittishness about looking too closely at domestic actors, as indicated by the guidelines issued by Attorney General Levi, in 1976, regarding domestic security investigations.

Such trepidation about identifying dangerous domestic dynamics appears to persist, if the outraged reaction to the Department of Homeland Security’s 2009 report on right-wing extremism is any indication. Is it possible that risk-aversion has become willful blindness?

Social media may be a new front in foreign exploitation of tensions in the United States, but the underlying concept of exacerbating divisions and inciting conflict on American soil is a timeworn strategy.

Although Russia is the perpetrator of current interest, it is not alone in its effort to disrupt American politics through the sowing of dissent and division.

For Washington to anticipate (and, hopefully, deter) future, foreign-sponsored attacks on the public’s perceptions, it must ensure that it is aware of the vulnerabilities inherent to the domestic setting that U.S. adversaries and competitors may manipulate to their advantage.

Darren E. Tromblay served as an intelligence analyst with the U.S. intelligence community for more than a decade and is the author of the forthcoming book, “Foreign Influence on U.S. Policymaking: How Adversaries and Allies Manipulate and Marginalize the American Electorate,”