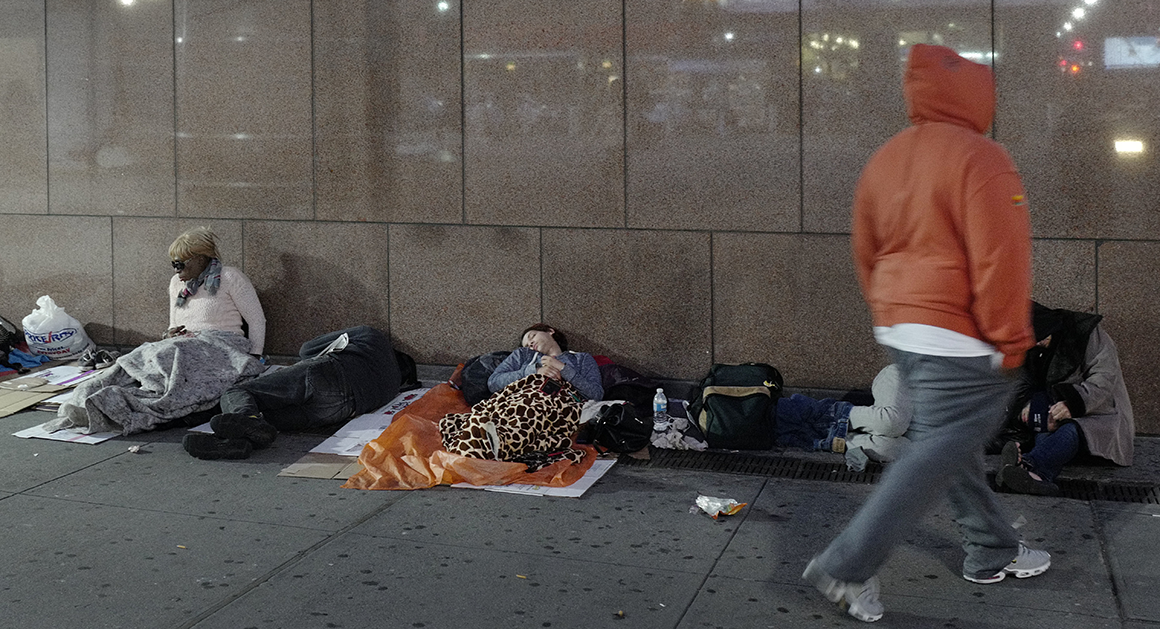 And Governor Cuomo has the authority to remove De Blasio due to malfeasance and dereliction of duty…..meanwhile, garbage piles up, rats are more common than people and simply, New York City smells and smells badly. But the homeless are living in luxury hotels. 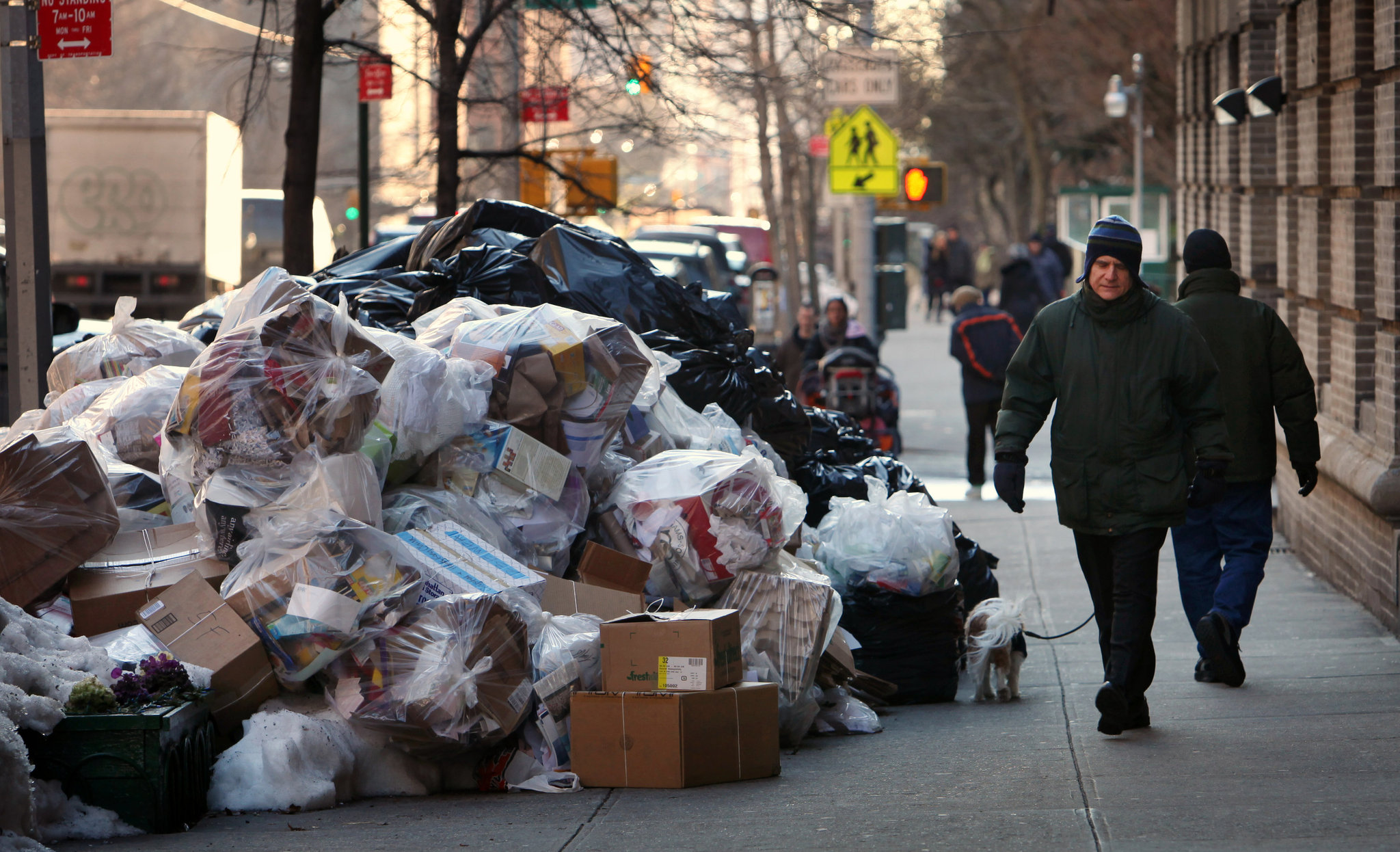 New York City Mayor Bill de Blasio (D) announced Wednesday that all members of his mayoral staff — including himself — will be subject to a mandatory one-week furlough due to the city’s massive revenue shortfall amid coronavirus lockdowns.

The policy, which forces city employees to essentially take an unpaid vacation sometime between October and March, will affect 495 people, including de Blasio himself and first lady Chirlane McCray, the New York Times reported.

The forced furlough comes as de Blasio has so far failed to petition New York state for longterm borrowing or the federal government for a stimulus bailout.

It is a largely symbolic move as it is expected to yield $860,000 in savings — a mere drop in the bucket compared to the city’s $9 billion, two-year revenue shortfall.

In recent weeks, the embattled mayor has threatened laying off 22,000 city workers unless the city receive a bailout of some kind. But so far, state and federal officials have balked at his warnings.

President Donald Trump, for one, has voiced opposition to granting federal bailouts to Democratic states and cities, which he argued suffered from significant fiscal mismanagement long before the virus.

On Wednesday, de Blasio took on a more somber tone in making the announcement.

“This is a step you never want to see for good, hardworking people, the folks who work here throughout this crisis,” the mayor said. “So it is with pain that I say they and their families will lose a week’s pay.”

“We have to make tough choices to move this city forward and keep our budget balanced,” he added.

During the news conference, de Blasio made sure to call on constituents yet again to push their federal and state representatives to act on behalf of the city.

“We’ll keep fighting for those bigger changes,” he said.

Speaking with the Times, Citizens Budget Commission President Andrew Rein argued that, now six months into the pandemic, the mayor should have already produced a plan to tackle the debt.

“It would be great if this helps dislodge that inertia,” Rein said. “It’s hard to say if it will.”

In contrast, Bill Neidhardt, a spokesman for the mayor, hailed the move as “a significant gesture that reasserts City Hall recognizes the sacrifices that will have to be made across the board if we don’t get a stimulus or borrowing.”

Fox News reported that with a mayoral salary of $258,541 per year, de Blasio is set to lose just short of $5,000 during his weeklong furlough.

In part: Adding to New York’s woes, hotel stays are down, millions are working remotely or out of a job entirely and as many as one-third of its 230,000 small businesses could close for good, according to the Partnership for New York City, a nonprofit organization that represents local firms. The devastation has left no part of the economy untouched, even hamstringing the sprawling network of bus and train lines that make up the Metropolitan Transportation Authority.

Without a $12 billion cash infusion, MTA leaders sounded their own dire alarm this week: They may have to scale back some services as much as 40 percent, leaving riders facing longer waits and postponing some sorely needed repairs to the subway’s aging infrastructure.

Even in a quarrelsome city like New York, there’s widespread agreement about a solution: additional help from Washington, where federal lawmakers have spent months discussing the need to authorize billions of dollars for cash-strapped local governments that saw revenue decline precipitously as a result of the coronavirus pandemic.

But that money increasingly seems out of reach for New York and thousands of states, counties, cities and towns nationwide facing their own financial headaches. Drastic measures once viewed as unlikely doomsday scenarios have become more real and urgent, threatening not only the day-to-day functions of New York City, but also the millions of people it serves.

Shutdowns ordered by Gov. Andrew M. Cuomo (D) and other leaders brought the city to an abrupt halt, arresting the spread of the virus at the cost of the state’s economy.

The financial pain has been particularly pronounced in New York City. Broadway went dark this spring, and even as the outbreak wanes, theaters haven’t been able to revive operations safely. Major events that bring travelers to the city annually, from concerts and baseball games to the U.N. General Assembly, have been canceled or postponed. Some restaurants that shuttered never reopened. Some offices that sent their employees home never brought them back. And some workers who lost jobs were never rehired in a city where the unemployment rate last month hovered around 20 percent, data show.

All of those factors have eaten into New York City’s coffers, as tax revenues fell $7.1 billion short of initial projections, the city’s comptroller estimates. In real estate alone, there was a 32 percent decline in the number of sales involving commercial buildings and multifamily rental properties over the first half of 2020, according to the Real Estate Board of New York, a trade association for the industry. The city also took in $326 million less in taxes through the first half of this year, compared with the level of activity six months before the pandemic, the group found in data released Friday.
Posted in Citizens Duty, Department of Homeland Security, DOJ, DC and inside the Beltway, Gangs and Crimes, government fraud spending collusion, Industry Jobs Oil Economics, Media corruption, Presidential campaign, The Denise Simon Experience, Whistleblower.