First question here is challenging the word ‘was’……

The next question to consider is voting or not voting is free speech at least….notice how the Democrats are now forcing speech by manipulating the voting process and votes themselves?

But first, begin with this potential scandal. A Constitutional crisis is upon the nation.

The building crisis is real for those who care to see it.

A top Democratic data firm is warning that a huge increase in mail-in ballots in 2020 may have the election night effect of making President Trump appear to have a landslide lead, even though he may lose once all the mail-in votes are counted.

Hawkfish, a Democratic data firm funded by billionaire former New York Mayor Michael Bloomberg, expects far more Democrats to vote by mail than Republicans. That expectation is based on a July 1-Aug. 16 survey of 17,263 registered voters nationwide, which measured how people intend to vote and who they intend to vote for.

Because it could take days or weeks to tally the mail-in ballots, that could create the effect of making Trump look like he is in the lead on election night.

“We are sounding an alarm and saying that this is a very real possibility, that the data is going to show on election night an incredible victory for Donald Trump,” Hawkfish CEO Josh Mendelsohn told Axios, calling the effect a “red mirage.”

“When every legitimate vote is tallied and we get to that final day, which will be some day after Election Day, it will in fact show that what happened on election night was exactly that, a mirage,” Mendelsohn said. “It looked like Donald Trump was in the lead, and he fundamentally was not when every ballot gets counted.”

The project is a warning to news outlets and voters on what to expect during election night. Part of that “mirage” scenario assumes that those who project election winners like the Associated Press will not make adjustments in how they portray results on election night due to the rise in mail-in votes — but many newsrooms are preparing for a different pace and method of election results reporting due to mail-in ballots, in order to prevent the scenario that Hawkfish describes.

Trump could further complicate matters. The president has said that he thinks that the results of the election should be announced on election night.

Election analysts have warned for months that due to the expected large increase in mail-in and absentee voting, it may take days or weeks to know the final results from the Nov. 3 election.

(Hawkfish is a US political data and technology-based agency headquartered in New York City founded by Michael Bloomberg.The firm was founded in the spring of 2019 to support, “Democratic candidates, good causes, and common sense solutions.”) 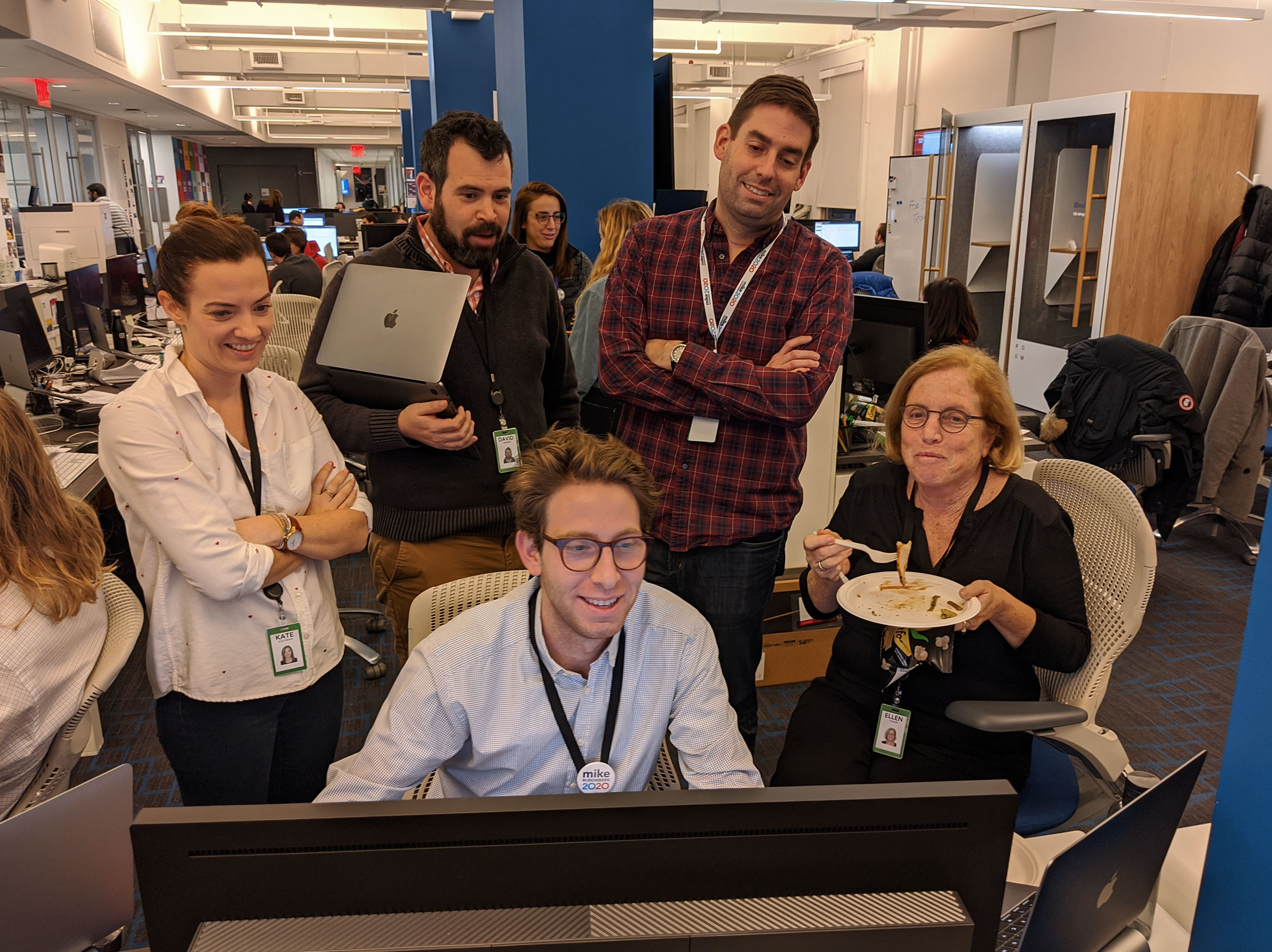 One top Democratic operative took it upon himself to whistleblow on the fraudulent practices of voting, especially with mail-in ballots. Speaking on condition of anonymity because of his own criminal activities participating in voter fraud, the Democratic operative sought out New York Post reporter Jon Levine to explain it all.

Levine’s article published over the weekend was titled, “Confessions of voter fraud: I was a master at fixing mail-in ballots.” A “top Democratic operative says voter fraud, especially with mail-in ballots, is no myth. And he knows This because he’s been doing it, on a grand scale, for decades” writes Levine. The anonymous operative admitted, “this is a real thing…and there is going to be a f-king war coming November 3rd over this stuff” but admits “if they knew how the sausage was made, they could fix it.”

Operative trick #1: “the ballot has no specific security features – like a stamp or a watermark – so the insider said he would just make his own ballots. ‘I just put [the ballot] through the copy machine and it comes out the same way’ the insider said.” The man admitted, “his dirty work has taken him through the weeds of municipal and federal elections in Paterson, Atlantic City, Camden, Newark, Hoboken and Hudson County and his fingerprints can be found in local legislative, mayoral and congressional races across the Garden State.”

The Post confirmed the whistleblower’s identity, rap sheet and “long history working as a consultant to various campaigns.” The insider “says he not only changed ballots himself over the years, but led teams of fraudsters and mentored at least 20 operatives in New Jersey, New York and Pennsylvania.” Unfortunately, “some of the biggest names and highest officeholders in New Jersey have benefited from his tricks, according to campaign records The Post reviewed.”

The whistleblower is a self-admitted Bernie Sanders “die-hard with no horse in the presidential race.” He simply said he “felt compelled to come forward in the hope that states would act now to fix the glaring security problems present in mail-in ballots.”

Additional unethical practices the insider engaged in, is “he would have his operatives fan out, going house to house, convincing voters to let them mail completed ballots on their behalf as a public service. The fraudster and his minions would then take the sealed envelopes home and hold them over boiling water. ‘You have to steam it to loosen the glue’ said the insider.” They would then replace the real ballot with a counterfeit ballot and reseal the envelope.

He and his operatives would be careful to sprinkle fake ballots in mailboxes around town. He even said sometimes postal employees are in on the scam. “You have a postman who is a rabid anti-Trump guy and he’s working in Bedminster or some Republican stronghold…He can take those [filled-out] ballots, and knowing 95% are going to a Republican, he can just throw those in the garbage.”