Or China or Russia?

Ever wonder why there is no defense system in Hawaii or other remote Pacific Island? Unless, we are poised to deploy the new SM-6 which has had remarkable recent test results.

(Is there a defense system for electronic warfare or cyber?)

What if North Korea or Iran launched a nuclear missile aimed at the United States? Could we prevent it from arriving?

That’s the basic motivation behind US homeland missile defense, a complex system of ground-based radars, satellite sensors, and interceptor missiles designed to destroy incoming warheads. If the system operated as promised, sensors would track intercontinental ballistic missiles (ICBMs) throughout their launch and flight. Interceptor missiles based in Alaska and California would then collide with and destroy the incoming weapons. 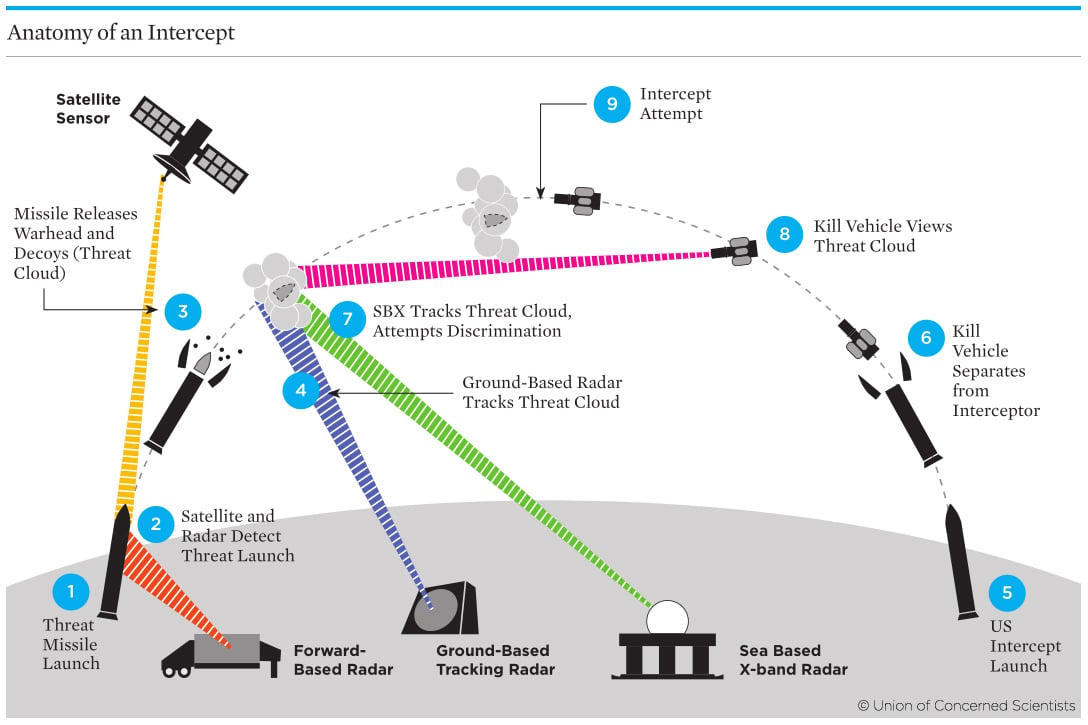 ICBM launches have three distinct phases of flight. During the boost phase, a rocket launches the warhead at high speeds above the atmosphere, where it continues in free-fall through the vacuum of space. The midcourse phase begins with the rocket separating from the warhead, which continues unguided and unpowered, hundreds of miles above the Earth. The reentry, or terminal, phase sees the warhead descend at high speeds back through the Earth’s atmosphere toward the ground.

The process begins with infrared sensors on satellites, which monitor known launch locations for the tell-tale heat signature produced by launching rockets. Once a launch is established, tracking is transferred to radar systems, which help verify the missile’s trajectory. More here. 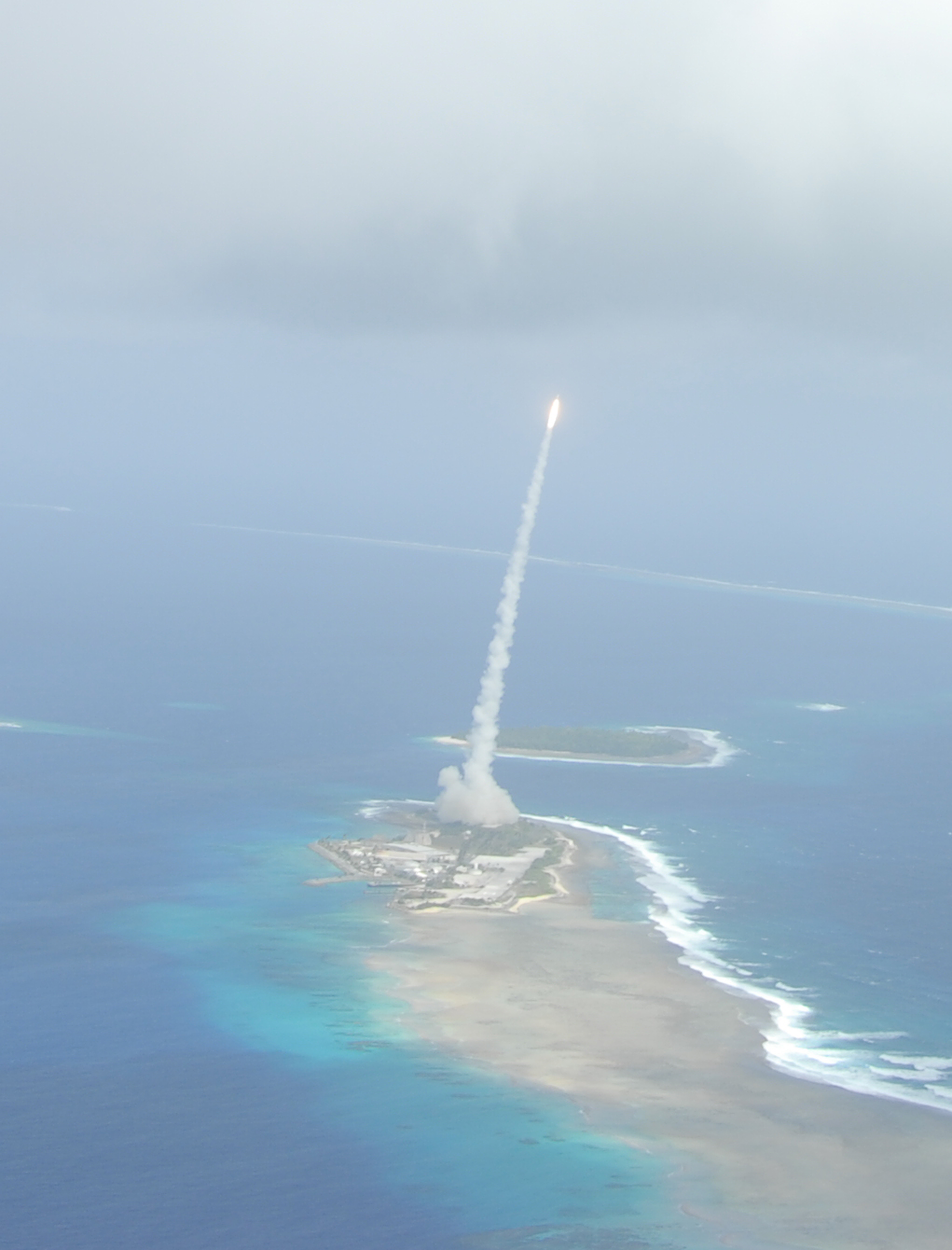 A target missile launches from the Marshall Islands during a test intercept run. Photo: US Missile Defense Agency

The U.S. agency tasked with protecting the country from missile attacks is scouting the West Coast for places to deploy new anti-missile defenses, two Congressmen said on Saturday, as North Korea’s missile tests raise concerns about how the United States would defend itself from an attack.

The accelerated pace of North Korea’s ballistic missile testing program in 2017 and the likelihood the North Korean military could hit the U.S. mainland with a nuclear payload in the next few years has raised the pressure on the United States government to build-up missile defenses.

Congressman Mike Rogers, who sits on the House Armed Services Committee and chairs the Strategic Forces Subcommittee which oversees missile defense, said the Missile Defense Agency (MDA), was aiming to install extra defenses at West Coast sites. The funding for the system does not appear in the 2018 defense budget plan indicating potential deployment is further off.

When asked about the plan, MDA Deputy Director Rear Admiral Jon Hill‎ said in a statement: “The Missile Defense Agency has received no tasking to site the Terminal High Altitude Air Defense System on the West Coast.”

THAAD is a ground-based regional missile defense system designed to shoot down short-, medium- and intermediate-range ballistic missiles and takes only a matter of weeks to install.

A Lockheed Martin representative declined to comment on specific THAAD deployments, but added that the company “is ready to support the Missile Defense Agency and the United States government in their ballistic missile defense efforts.” He added that testing and deployment of assets is a government decision.

In July, the United States tested THAAD missile defenses and shot down a simulated, incoming intermediate-range ballistic missile (IRBM). The successful test adds to the credibility of the U.S. military’s missile defense program, which has come under intense scrutiny in recent years due in part to test delays and failures. More here.