Just a sample of the sad scene we faced at the Trump rally in Tampa. I’m very worried that the hostility whipped up by Trump and some in conservative media will result in somebody getting hurt. We should not treat our fellow Americans this way. The press is not the enemy. pic.twitter.com/IhSRw5Ui3R

Then yesterday, he re-tweeted this:

And he retweeted this:

We can't shrug off Trump's attacks on the press. Ever. They're undemocratic and invite, even incite, violence. This bears repeating. It demands repeating. Last night @CNN's @Acosta faced down a hostile crowd. Support from his colleagues, competitors, and general public is a must.

At the White House press briefing, Sarah Sanders called on @Acosta and he asked Sarah if she or the Trump White House would denounce that the media is an enemy of the people. She did not denounce that but went on to describe the media and progressive abuse the Trump administration endures, listing many nasty encounters.

What did @Acosta do?

I walked out of the end of that briefing because I am totally saddened by what just happened. Sarah Sanders was repeatedly given a chance to say the press is not the enemy and she wouldn't do it. Shameful.

As a conservative radio host, I watched that WH exchange between them and sent a tweet to @Acosta inviting him to an interview with me. ……crickets….

But there is more. It goes beyond CNN actually. Media and the left are simply branding all things law enforcement as racists including those in government, Republican voters and even some at Fox News. So we are in a posture war here that is undeniable. So….no sooner was all that over, here comes the New York Times.

Meet Sarah Jeong. She’s the newest member of the New York Times editorial board. She also has a history of saying pretty vile, racist things on Twitter. 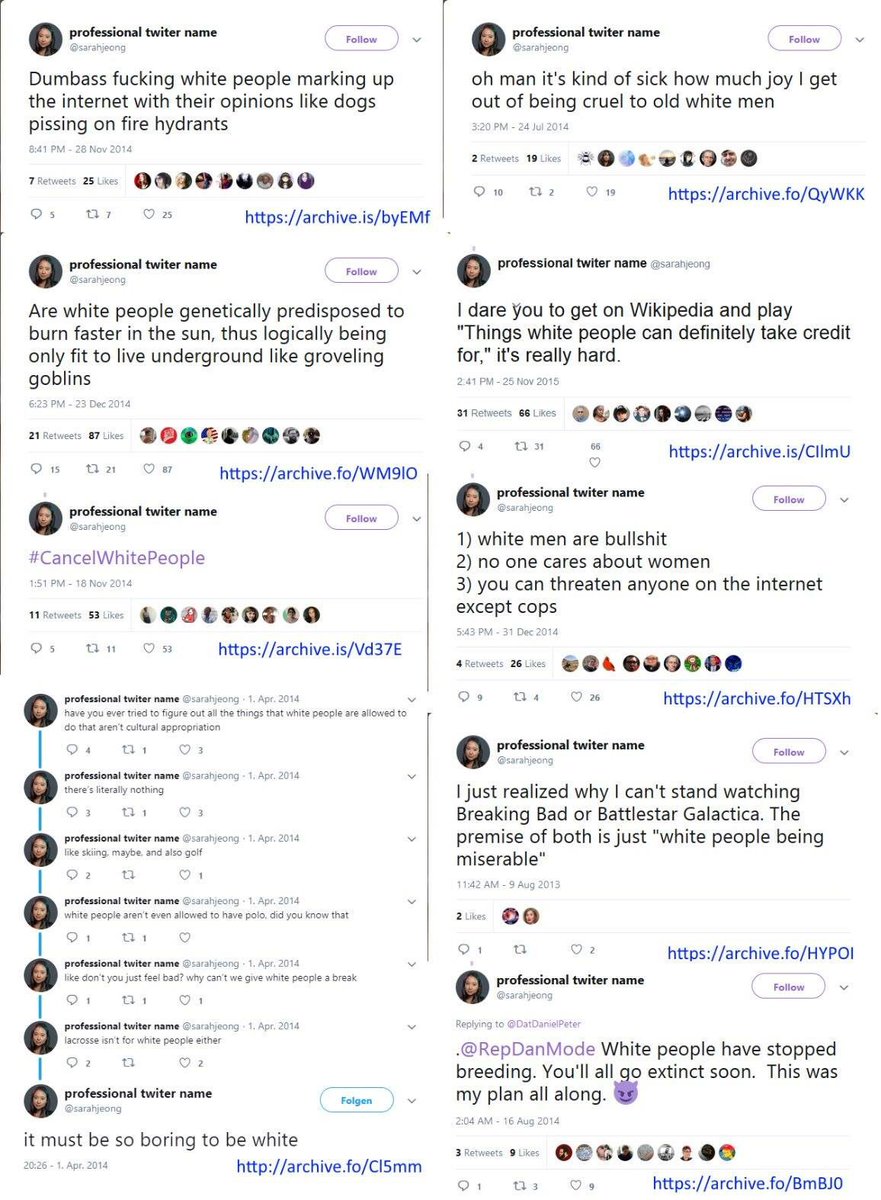 Heck, just read more here, if you can stomach the vile branding of her and where the NYT’s is going in the future.