In full disclosure, I personally have met several of the victims in recent years in Washington DC.

On Friday, the Biden administration announced that it would be closing a government office set up to help victims of crimes committed by immigrants, to be replaced with an office aiding in immigration services, according to the Associated Press.

Created by the Trump administration during his first week in office, the Victim Of Immigration Crime Engagement Office, or VOICE, would be replaced with what the US Immigration and Customs enforcement called a “more comprehensive and inclusive victim support system.”
Replacing VOICE is the The Victims Engagement and Services Line, “which will combine longstanding existing services, such as methods for people to report abuse and mistreatment in immigration detention centers and a notification system for lawyers and others with a vested interest in immigration cases,” writes AP.
(the website of VOICE before it was closed) 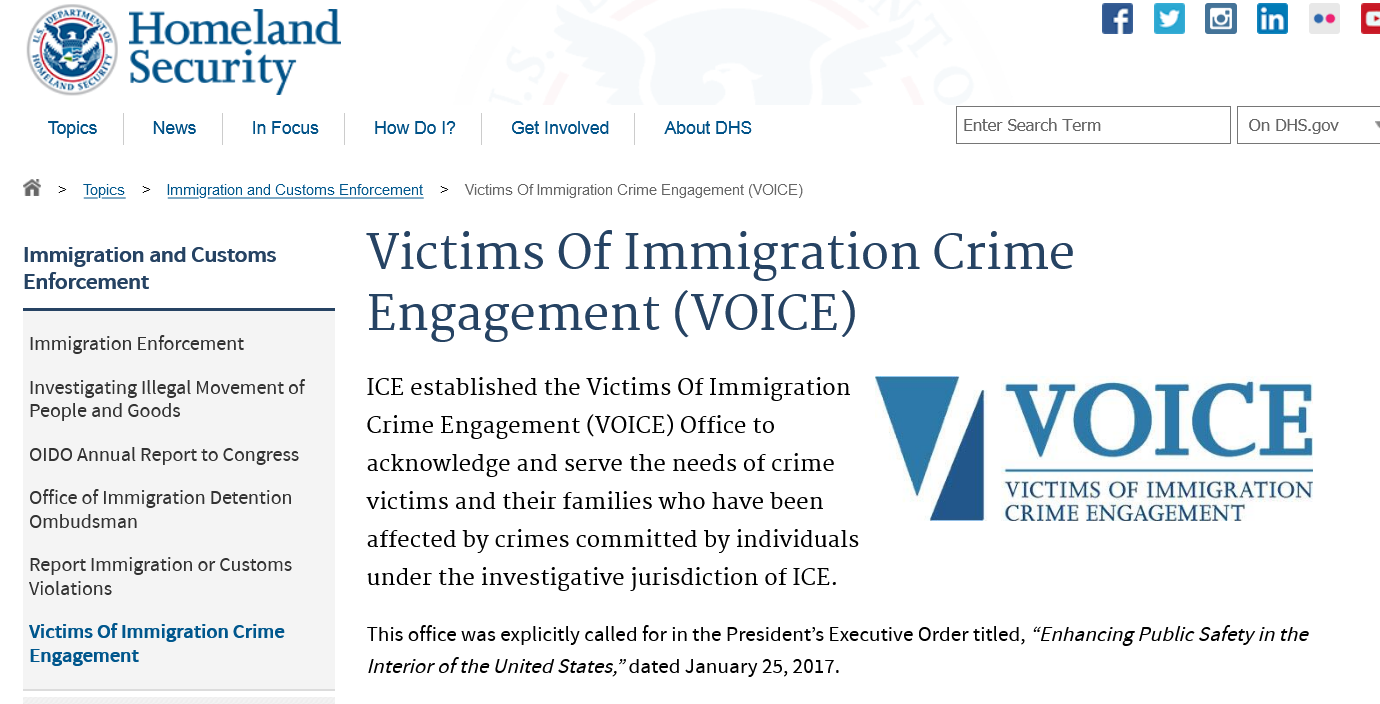 “The new office will add a service for potential recipients of visas designated for victims of human trafficking or violent crimes in the United States,” they continue
“Providing assistance to society’s most vulnerable is a core American value. All people, regardless of their immigration status, should be able to access victim services without fear,” said Homeland Security Secretary Alejandro Mayorkas.
On Twitter Friday, Stephen Miller slammed the decision to close the office, stating “law enforcement is now forced to aid lawmakers.”**

This is in addition to all of the free help illegal aliens already get from mega-billionaires, the ACLU & powerful special interests. Americans have become second-class citizens in their own country. And grief-stricken families, mourning loved ones, are the collateral damage. 2/2

“This is in addition to all of the free help illegal aliens already get from mega-billionaires, the ACLU & powerful special interests. Americans have become second-class citizens in their own country. And grief-stricken families, mourning loved ones, are the collateral damage,” Miller continued.
According to the Associated Press, Miller stating that opening the new office would be like the DEA opening “a call center to help drug dealers get lawyers and amnesty for their crimes.” The Department of Homeland Security “is a law enforcement agency, not a legal help center for criminals and lawbreakers.”
Posted in Biden administration, Department of Homeland Security, DOJ, DC and inside the Beltway, Drug Cartels, FBI, government fraud spending collusion, Illegal Immigration, Insurgency, Southern Border War, The Denise Simon Experience, Trump Administration.