Yet another deadly and financial scandal both Barack Obama and John Kerry ignored for the sake of the consummation of the Iran nuclear deal.

Attorney General Jeff Sessions is launching a review of a law enforcement initiative called Project Cassandra after an investigative report was published this week claiming the Obama administration gave a free pass to Hezbollah’s drug-trafficking and money-laundering operations to help ensure the Iran nuclear deal would stay on track.

The Justice Department said in a statement to Fox News that Sessions on Friday directed a review of prior Drug Enforcement Administration investigations “to evaluate allegations that certain matters were not properly prosecuted and to ensure all matters are appropriately handled.”

“While I am hopeful that there were no barriers constructed by the last administration to allowing DEA agents to fully bring all appropriate cases under Project Cassandra, this is a significant issue for the protection of Americans,” Sessions said in a written statement. “We will review these matters and give full support to investigations of violent drug trafficking organizations.” More here.

Glenn Simpson of Fusion GPS fame wrote about this case in 2005 while at the Wall Street Journal. And the LA Times further summarized the legal case against the Arab Bank and financing terror.

There is even a book about banking and terrorism. Three days before a first-of-its-kind damages trial was supposed to start, a Middle Eastern bank has reached a settlement with hundreds of American plaintiffs, including victims of terrorist attacks around Israel, who had filed a lawsuit against the bank accusing it of supporting terrorism.

A spokesman for the bank, Arab Bank, and a spokeswoman for one of the law firms representing the plaintiffs confirmed on Friday that an agreement had been reached but declined to offer additional details, including the amount of the settlement. 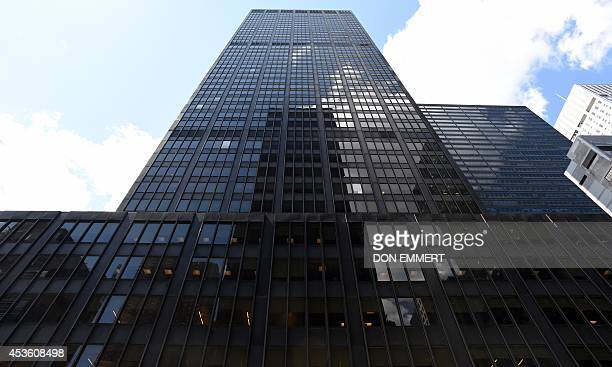 BEIRUT: Jordan’s largest lender, the Arab Bank, announced this week that a New York federal court dismissed more than 90 percent of the claims in a long-running lawsuit accusing it of providing banking services to charities and individuals allegedly affiliated with Palestinian militants. The ruling is the most significant victory yet for the Arab Bank yet in its nine-year legal battle with 6,596 relatives of victims killed or injured in two dozen Palestinian attacks in Israel during the Second Intifada. More here.

In July 2004, Osen LLC sued Arab Bank, Plc on behalf of American terror victims in the U.S. District Court for the Eastern District of New York. The lawsuit, captioned Linde v. Arab Bank, Plc and brought under the Anti-Terrorism Act (ATA), was the first civil lawsuit brought against Arab Bank. The Plaintiffs sought to hold Arab Bank liable for deaths and severe injuries resulting from acts of international terrorism that Palestinian terrorist groups perpetrated between 2000 and 2004, during the Second Intifada. After 10 years of litigation that included multiple appeals, American victims of terrorism were finally able to present their case to a Brooklyn jury in August and September 2014. The first trial centered around 24 terrorist attacks that the Plaintiffs alleged were perpetrated by Hamas, a Foreign Terrorist Organization that the United States first designated a terrorist entity in 1995. On September 22, 2014, an 11-person jury found Arab Bank liable for knowingly providing financial services for Hamas. This finding represented the first, and still only, time a financial institution has been held civilly liable for aiding terrorism.

One of Arab Bank’s chief contentions, voiced by defense expert Beverley Milton-Edwards, was that the identities of Hamas leaders were not well known between 2000-2004. The jury, however, was shown a video of the funeral of the infamous Hamas bomb-maker, Muhanad al-Taher, in the town square of Nablus. Hamed Beitawi, vice-Chairman of the Nablus Zakat Committee and Chairman of the Islamic Solidarity Al-Tadhamun Charitable Society – Nablus (two of the eleven relevant Hamas-controlled organizations, both of which maintained accounts at Arab Bank) spoke at this very public event. Dr. Milton-Edwards was also impeached by video showing Salah Shehadeh – founder and former head of the Izz al-Din al-Qassam Brigades in Gaza – giving a speech to a massive audience, thus undercutting the Bank’s claim that Hamas leaders “lived in the shadows.”

The Court denied the Bank’s motions for a new trial and for Second Circuit review of the verdict. In its decision, the Court noted that the Bank’s liability was established “on volumes of damning circumstantial evidence that defendant knew its customers were terrorists.”

The Court further noted the testimony of the Bank’s own former head compliance officer in  London  who was presented with the Saudi Committee wire transfer payable to “the family of martyr Ibrahim Karim Beni Awda” and responded: “[w]e would never in a million years have dealt with a payment order such as this.”

The Court’s decision also took note of the testimony of Arab Bank’s primary expert witness, Dr. Milton-Edwards, who testified that the organizations in the Palestinian Territories at issue in the case were neither controlled by Hamas nor perceived as Hamas affiliates during the relevant period based in part of her review of “paraphernalia” she observed during her visits to these organizations. The Court observed that her testimony “backfired in spectacular fashion” when “it came out on cross-examination that she could not read Arabic.”

Furthermore, the Court noted Dr. Milton-Edwards’ impeachment by her own book: She had testified that the Islamic Society of Gaza was neither affiliated with Hamas nor perceived as such by the Palestinian public. Her book told a different story, however:

[t]he work of the Islamic Society and the rest of Hamas’s network in the decades up to, during and after the second intifada, when families needed it most, represented not so much a donation as an investment by Hamas, one that reached a lucrative political dividend in the 2006 election.

Ultimately, the Court concluded, “[t]he effect of cross-examination on Dr. Milton-Edwards’ testimony, and its potential spillover effect on the credibility of defendant’s entire case, is … hard to overstate.”

Following the Court’s denial of the Bank’s motions for a new trial the parties prepared for the first damages trial, which the parties agreed to postpone once they reached a framework for settlement of all of the Plaintiffs’ Anti-Terrorism Act-related claims.

As part of the settlement, the Bank reserved the right to take a one-time appeal of the liability verdict, the outcome of which would determine the settlement’s precise contours. The briefing is complete and the Second Circuit heard extensive oral argument on May 16, 2017.