Primer: The Department of Justice has a duty to protect America and to apply laws and remedies where called for.

As an aside, mayor De Blasio was sworn in my Bill Clinton…gotta wonder what the Clinton’s really think about the conditions of New York City and for that matter, the rest of the state. Additionally, as a sample, the New York Mayor’s office has a criminal justice division that, wait for it:

We advise the Mayor on solutions to the City’s public safety problems by looking at the criminal justice system as a whole – and beyond.

How is that working out….. 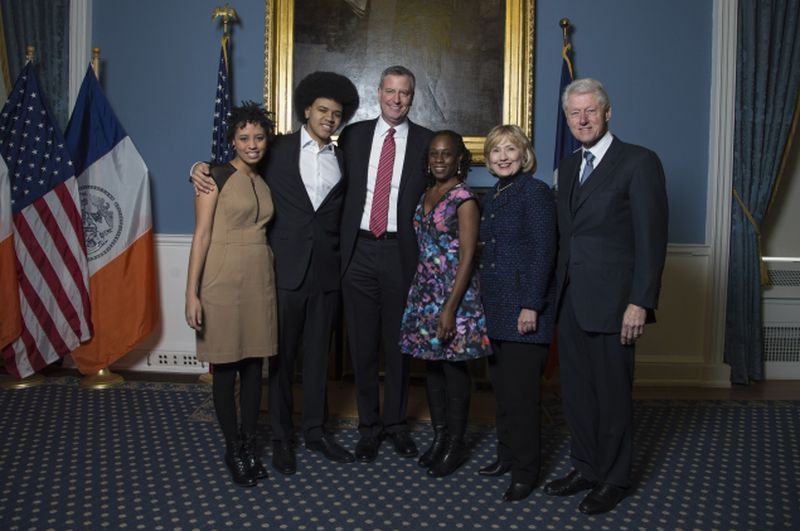 DW: Attorney General William Barr has reportedly designated three U.S. cities — all controlled by Democrats — as “anarchist jurisdictions” that are being targeted to be defunded by the federal government for failing to stop violent rioters and for defunding law enforcement departments.

The New York Post reported that Barr signed off on designating New York City, Portland, and Seattle as “anarchist jurisdictions.”

“When state and local leaders impede their own law-enforcement officers and agencies from doing their jobs, it endangers innocent citizens who deserve to be protected, including those who are trying to peacefully assemble and protest,” Barr is expected to say in a statement on Monday. “We cannot allow federal tax dollars to be wasted when the safety of the citizenry hangs in the balance. It is my hope that the cities identified by the Department of Justice today will reverse course and become serious about performing the basic function of government and start protecting their own citizens.”

“My Administration will do everything in its power to prevent weak mayors and lawless cities from taking Federal dollars while they let anarchists harm people, burn buildings, and ruin lives and businesses,” Trump tweeted late on Wednesday. “We’re putting them on notice today.”

My Administration will do everything in its power to prevent weak mayors and lawless cities from taking Federal dollars while they let anarchists harm people, burn buildings, and ruin lives and businesses. We’re putting them on notice today. @RussVought45

Trump’s tweet followed a report from The New York Post that stated that the administration was targeting New York City, Portland, Seattle, and Washington, D.C.

Trump on Wednesday signed a five-page memo ordering all federal agencies to send reports to the White House Office of Management and Budget that detail funds that can be redirected.

New York City, Washington, DC, Seattle and Portland are initial targets as Trump makes “law and order” a centerpiece of his reelection campaign after months of unrest and violence following the May killing of George Floyd by Minnesota police.

“My Administration will not allow Federal tax dollars to fund cities that allow themselves to deteriorate into lawless zones,” the memo stated. “To ensure that Federal funds are neither unduly wasted nor spent in a manner that directly violates our Government’s promise to protect life, liberty, and property, it is imperative that the Federal Government review the use of Federal funds by jurisdictions that permit anarchy, violence, and destruction in America’s cities.”

The Democrat mayors of Seattle, Portland, and New York City all responded to the news earlier this month that they were being targeted.

New York Democrat Governor Andrew Cuomo made threatening remarks to the president in response to the news earlier this month.

“He better have an army if he thinks he’s gonna walk down the street in New York,” Cuomo said. “New Yorkers don’t want to have anything to do with him.”